Vaccine passports should be ruled out because they would ‘discriminate’ against young people who are last in line for jabs, a senior Tory MP has warned.

He said the economic damage of lockdown has disproportionately fallen on the young and making them wait would be ‘appalling’.

Boris Johnson has signalled his reluctance for vaccine certificates to be used to safely unlock the economy, such as for entry to pubs.

But these so-called vaccine passports remain a live discussion and Dominic Raab indicated they are ‘under consideration’ in Government.

Such a scenario set imaginations running wild of a world where the only punters in pubs are over-65 – and not a single pint is posted on Instagram. 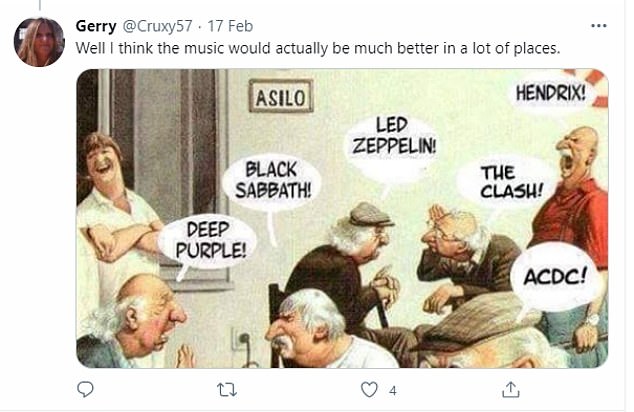 Appearing on BBC Question Time, Mr Harper warned against such a policy, and said: ‘The reality is that young people will be the last to be vaccinated, they’re the ones who have been damaged most by the economic dislocation of Covid.

‘And we’d be in the ridiculous position where we’d be reopening the economy and younger people are shut out and older people were allowed to go back out again. I think it’s appalling. It’s discriminatory.’

He acknowledged that national governments may require proof of vaccination to enter their countries, but said applying the system domestically was ‘a very bad idea’.

The 60-strong CRG of backbenchers have demanded lockdown restrictions are lifted for everyone by May, when all over-50s in the top nine priority groups should have been offered a vaccine. 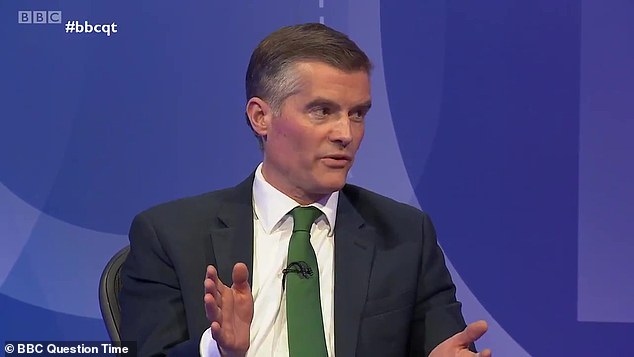 But Government scientists are urging for the Prime Minister to tread cautiously when he announces his road map to relaxing curbs on Monday.

Yet by Easter, when pubs have been mooted for reopening, millions of young people will still be awaiting jabs at the pace of the current rollout.

The Prime Minister this week said: ‘What I don’t think we will have in this country is – as it were – vaccination passports to allow you to go to, say, the pub or something like that.’

But his remarks came days after Mr Raab, the Foreign Secretary, refused to rule them out, saying they are ‘something under consideration’. 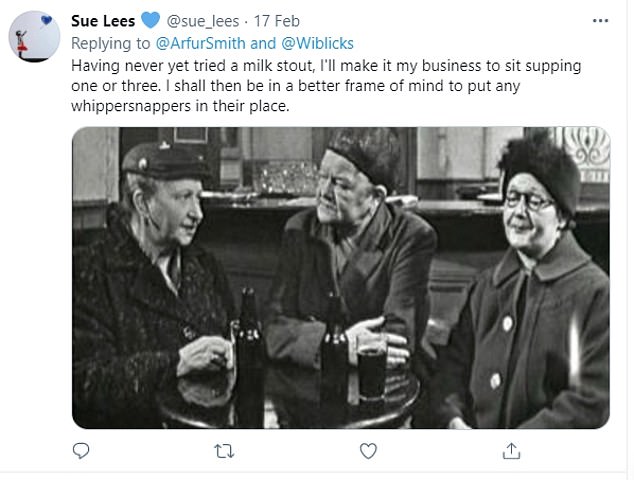 Tongue-in-cheek predictions of such a scenario envisioned that sales of sherry and real ale would boom while bottles of WKD and craft beer would gather dust.

Comedian Arthur Smith today conjured up a scene in the fictional Two Jab Arms where only those who have received both vaccine shots are allowed.

His sketch aired on BBC Radio 4’s Today programme wound back the clock to a time where ‘crisps come with little packets of salt’ and not one customer ‘has their own podcast’.

And drinkers would ‘compare notes on what our Dads did in the War and reminisce of the three-day week’.

Social media users also piled in, and said it would herald the return of better music.

One said: ‘I live in a uni town so us oldie locals could reclaim our pubs.’

Another said: ‘No more pub quiz questions about celebrities and musicians I’ve never heard of.’

Are antibody kits FINALLY on the way?