The fire broke out inside an apartment and spread to the cockloft in the 150-unit apartment building at 89-07 34 Avenue in Jackson Heights just after 1 p.m., fire officials said. 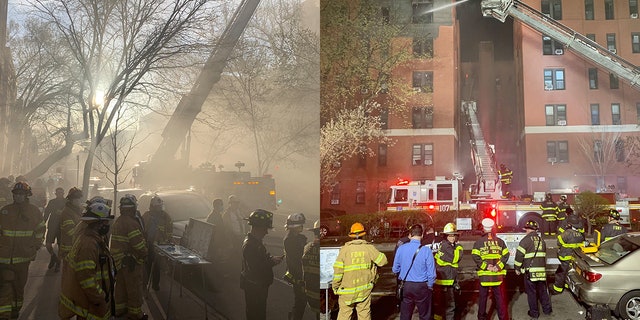 Photos of the fire, which broke out inside an apartment and spread to the cockloft in the 150-unit apartment building
(FDNY)

The injuries sustained by the firefighters and five of the building’s residents were considered non-life threatening, officials said.

At least three of the firefighters were burned when they entered the apartment, which had its door left open, FDNY Commissioner Daniel Nigro said earlier Tuesday.