The adorable red male hit the headlines in 2015 when photos of his muscly body and enormous biceps circulated online. 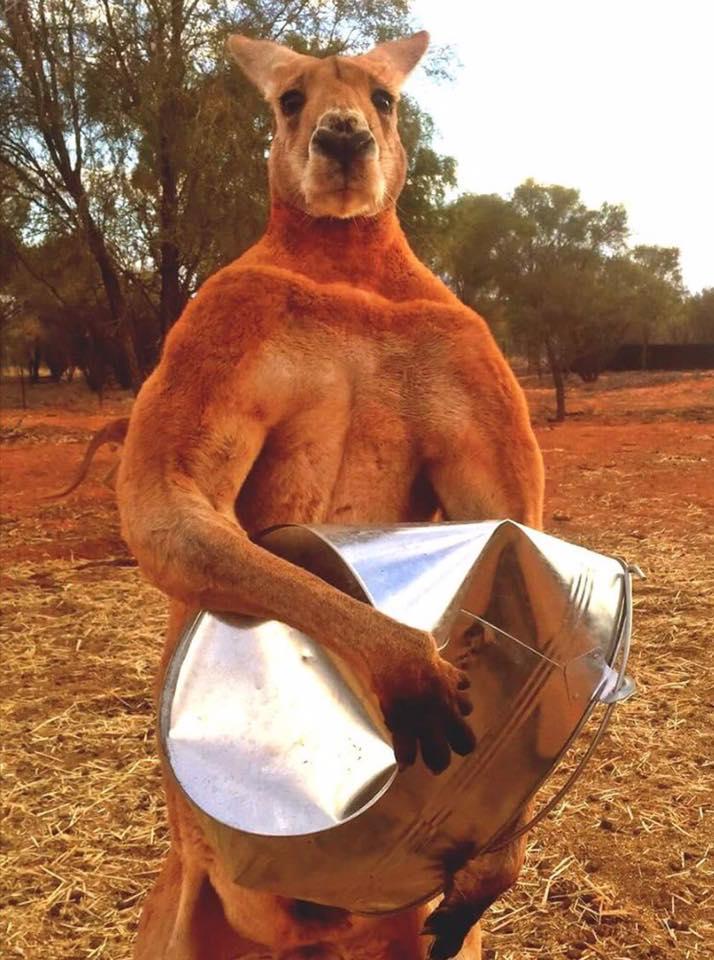 Roger was so ripped he could crush metal buckets with his paws.

While his imposing height of 2m and ripped muscles impressed fans, they also warmed to his troubled story.

Roger was rescued by Chris Barnes, the owner of the Kangaroo Sanctuary in Alice Springs, Australia from his dead mum’s pouch.

He was nursed back to health and was able to grow into an imposing alpha male on the ranch. 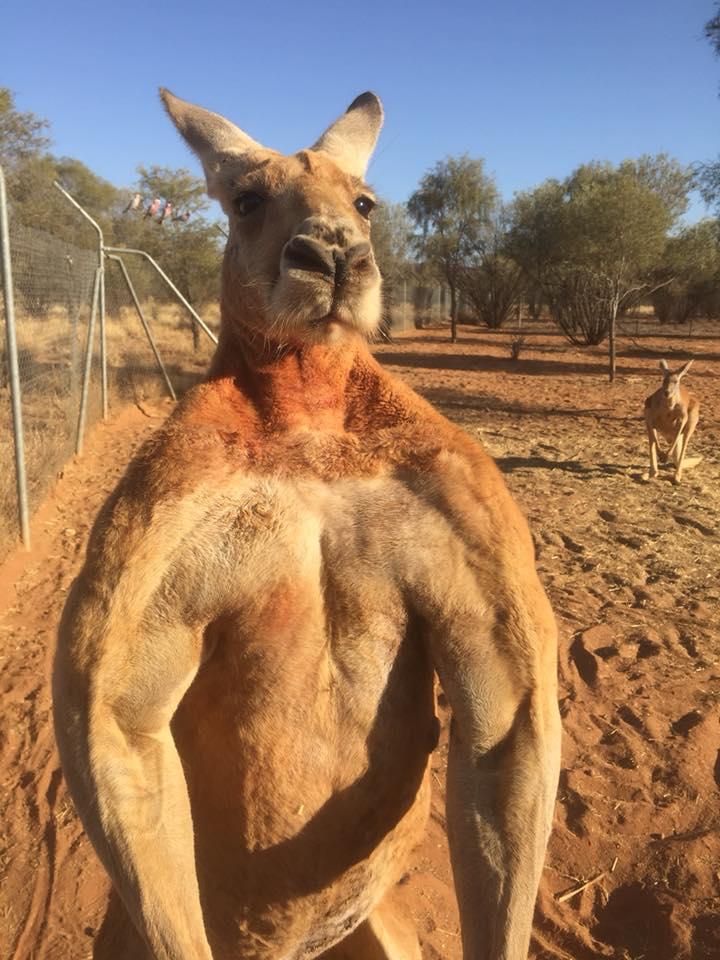 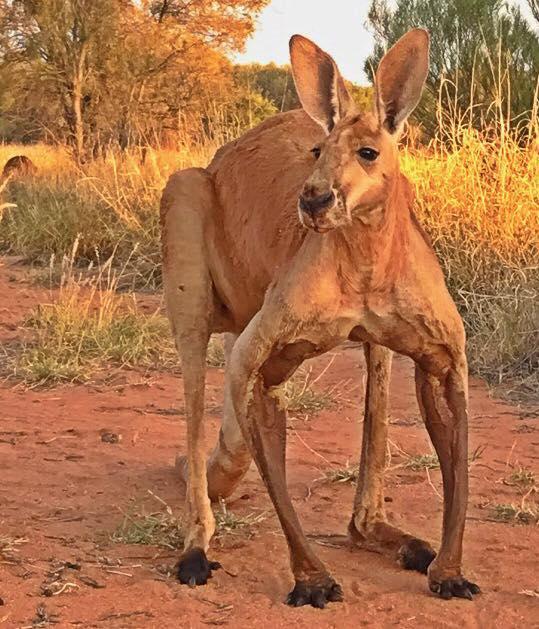 It wrote: “Farewell our darling Roger.

“Sadly Roger has passed away of old age. He lived a lovely long life and was loved by millions around the world.

“We will always love you and miss you Roger.”

The alpha male characteristics of Roger would have been highly prized in the kangaroo world as fighting between them, especially males in common. 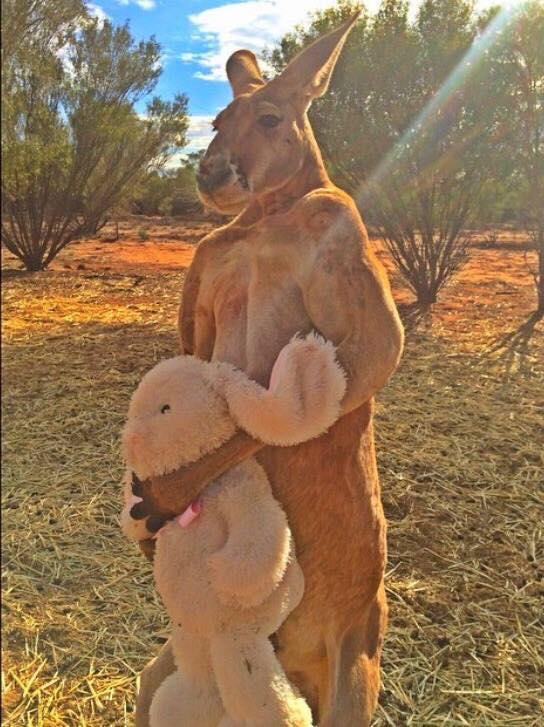 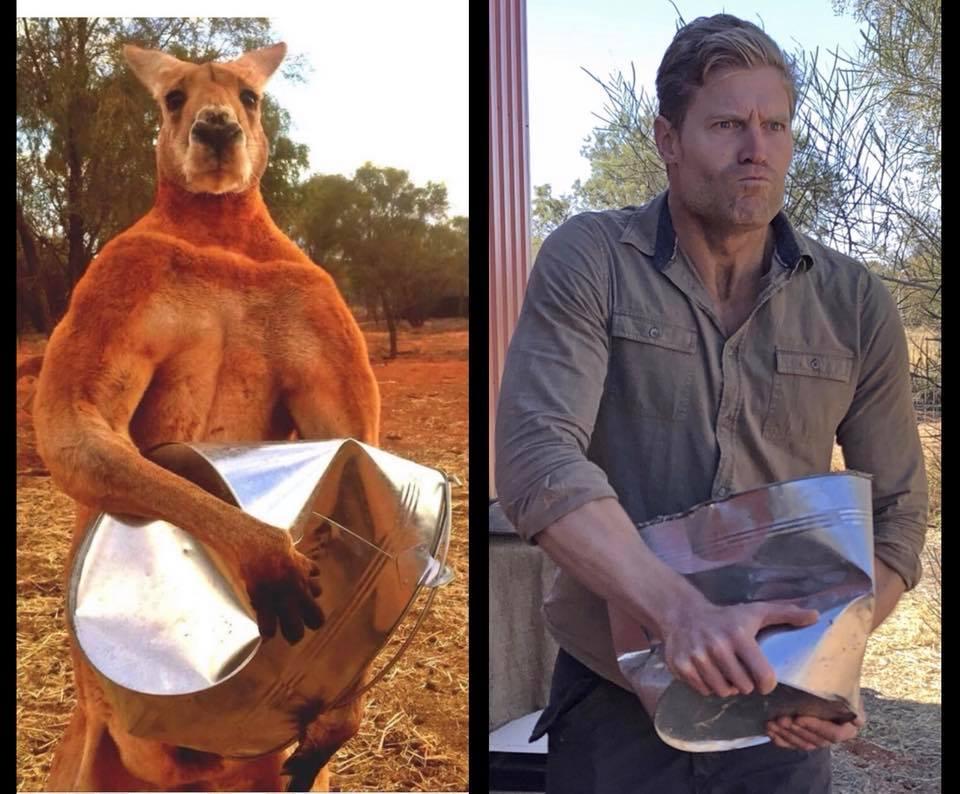 Dominant males will be able to get the pick of the females with smaller, weaker males seemingly being subservient.

Fights among males frequently breakout though, usually connected to a female or a drinking spot with the two animals engaging in ‘boxing’ as they fight for dominance.

Thousands commented online, expressing their sadness at the news.

Theresa Cresswell Coss wrote: “Oh I'm so very sorry to hear this. Roger was one of my most favorite boys. My heart breaks. Thinking of you all. He was so lucky to have had you in his life, and I'm sure you all feel the same. Rest in peace you beautiful boy.”

Magelyn Jay Stewart commented: “ I’m beyond words at your loss.. I feel it personally as well..please know that through you allowing me to know and love Roger.. you have enriched my knowledge about these endearing marsupials… and in doing so I fell in love with this smoochy face guy.. never to be the same..forever changed by this adorable Roo..so very sorry for your loss…”

Kevin Cotton said: “Such sad news. He was a beautiful animal. I loved watching him going from an aggressive, territorial alpha to a gentle old soul just lounging and munching corn. RIP Roger.”