THE Mayor of Crawley has quit after he was caught brawling in the street "like a hooligan" with a taxi driver.

Footage obtained by The Sun showed Councillor Shahzad Abbas Malik wrestle with another driver while punching him in the head. 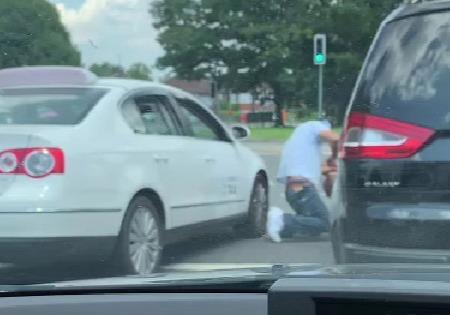 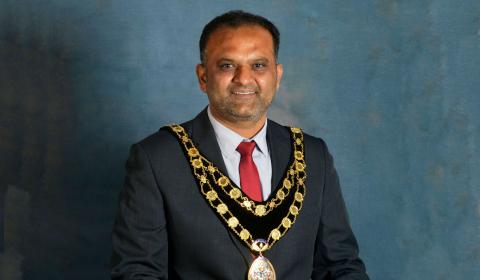 The pair had stopped at a town centre roundabout in Crawley, West Sussex, in July before jumping out of their cars.

They were seen scrapping between two cars, hurling punches and wrestling each other to the ground.

Cops said the other man suffered injuries to his arms and head and was knocked unconscious by the Mayor.

But in his letter of resignation, submitted with "deep sadness", Mr Malik claimed he was "not a violent man" and had acted in self-defence.

He claimed to be "returning home from work" when, after merging lanes, "another motorist began to act increasingly aggressive towards me".

Mr Malik said: "While attempting to drive away from them I was caught at traffic lights. At which point my assailant exited their vehicle and attacked me, forcing me to defend myself.”

He added there is "much I regret about that day, but I am not a violent man and at no point did I act other than in self-defence".

The councillor said he was quitting his role as Mayor because the damage to his reputation risked "unfairly tarnishing the office of the mayor and the good work of the council".

A witness said the cabbie tried to cut across his lane, and they "wound down each others' windows before they started screaming at each other".

“It just escalated from there, nobody wanted to get involved because it looked personal," they added.

“He was going for it, it looked like they knew each other, but it was all because the other bloke tried to cut him up at the roundabout.

“It didn’t last long and they just got back into their cabs and drove off, screaming at each other in the end.”

The Mayor, who is a dad-of-three and part-time cabbie himself, had faced calls to step down after the shocking brawl.

One source said: “After his behaviour and acting like that, he will be lucky if he keeps his job, he must be made to step down.”

“You just can’t be fighting like a hooligan one week and then attending a children’s football event the next week and be presented as a role model.

And Councillor Duncan Crow, leader of the Conservative group at the council said the "appalling conduct" had "shamed our town".

He told The Sun at the time: “The Mayor’s position is untenable and he has to resign.

“Everyone in Crawley knows it’s him in the video and the behaviour he displayed at one of Crawley’s busiest roundabouts is wholly incompatible with being our Mayor, a role where one should lead by example.

“You just can’t be fighting like a hooligan one week and then attending a children’s football event the next week and be presented as a role model.

“This has been dragging on for over two weeks and if the Crawley Labour Group of Councillors won’t act to remove him, then Keir Starmer needs to step in.”

Mr Abbas Malik was announced as the new Mayor of Crawley at the end of May, and has been a local Labour councillor since 2018.

A Crawley Borough Council spokesperson said: "Councillor Shahzad Abbas Malik has resigned as the mayor of Crawley. He will continue as a councillor.

"The deputy mayor, councillor Morgan Flack, will cover the main duties of the mayor until the end of the municipal year."

Sussex Police said a report had been sent to the Crown Prosecution Service for a decision as to whether there should be a prosecution.

The force said the matter was therefore not closed and a man who was interviewed remained on police bail. 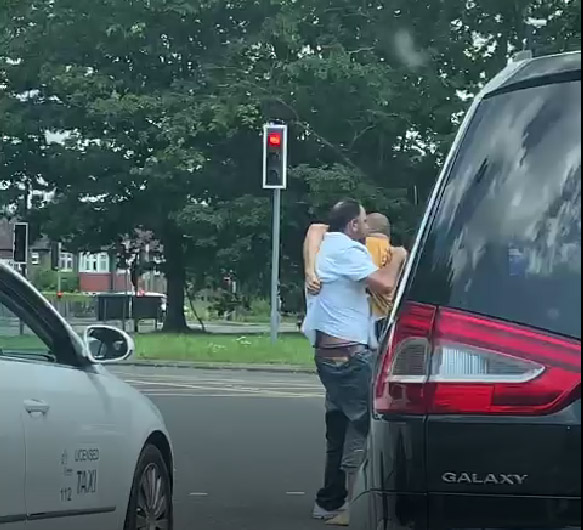 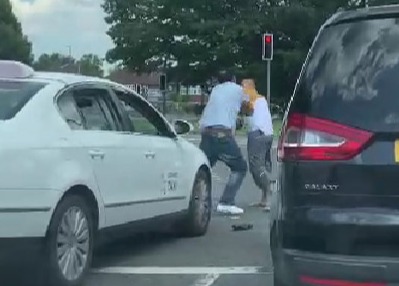 Confusion as teachers are excused from giving live online lessons