Pulling funny faces? He’s got it licked! Bus driver can touch his forehead with his TONGUE

A Nepalese school bus driver is hoping to become a Guinness World Record holder thanks to his unusual ability to lick his own forehead.

Yagya Bahadur Katuwal, 35, from Urlabari, Nepal, claims he has the longest tongue in the world, and can cover his nose with his bottom lip while he licks his eyebrows.

Mr Katuwal has become something of a local celebrity after a friend posted a video of him licking his forehead on social media. 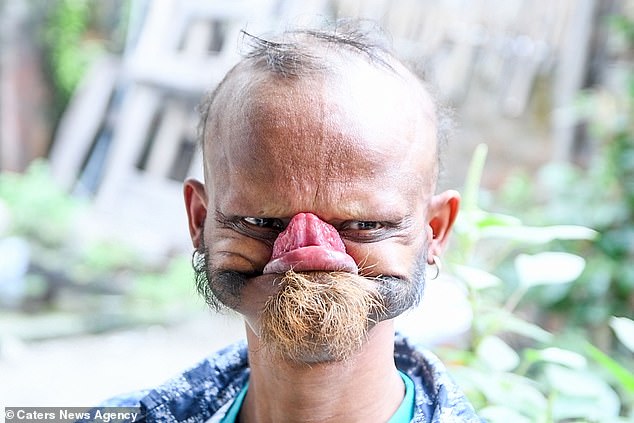 Forehead lickin gurn: Yagya Bahadur Katuwal, 35 can but his bottom lip over his nose and lick his own eyebrows

However, he has been warned not to show off his unusual skill at work, as the students get scared.

‘Children never want to get close to me. Some even wet their pants.

‘Even adults can lose consciousness when they watch me in action.

‘If I got to act in a horror movie, I wouldn’t need makeup like other actors to scare people.’ 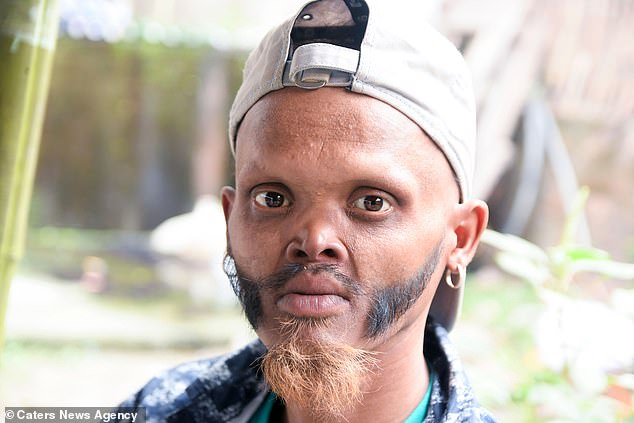 No fear: The school bus driver from Urlabari, Nepal has been banned from showing off his skills at work as it scares the students 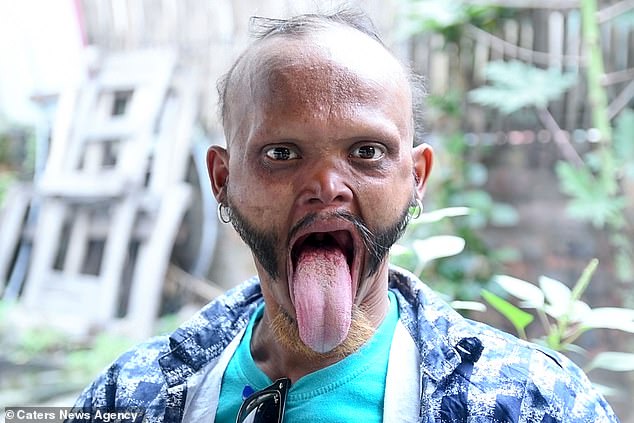 Look, no hands! Mr Katuwal is able to perform the rubber face trick thanks to only having one single tooth 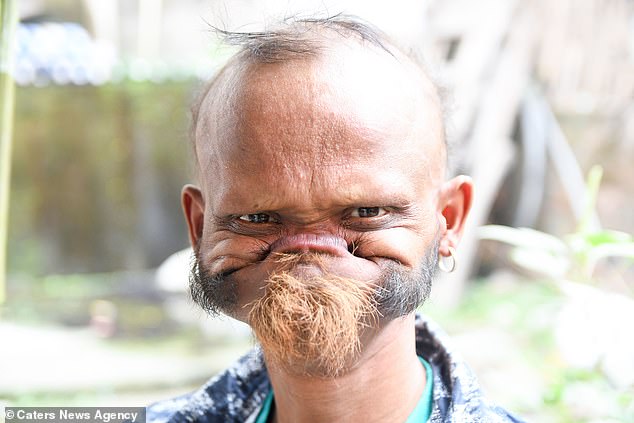 Confidence is key: Speaking about how he scares both children and adults with his tricks,. Mr Katuwal says ‘I think I look great like this’

However, Mr Katuwal does not let other people’s opinion faze him, adding ‘I think I look great like this,’ before once again covering his nose with his mouth.

Puskar Nepal, who filmed Mr Katuwa doing his trick, said: ‘He’s physically and mentally fit – he discovered in the early age that he can lick his own forehead.

‘He has just one tooth and that is what makes him able to do that – his skills are weird, yet amazing.’

Dad came across police cordon as he walked dog in woods later found out his daughter, 17, had killed herself there