Sarah-Jane Nilsson was having dinner with her children and a few mothers from their school last July when the phone rang. She was asked if she could join the COVID-19 response team at Sydney's domestic airport — the next day.

“So I went, and it was really fast-paced,” she said. “The first day we were there, there were still a lot of flights coming back from Melbourne.” 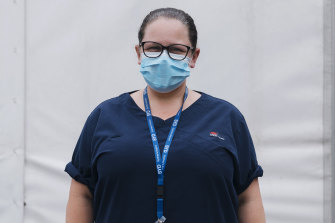 Before the pandemic, Nilsson was a child and family health nurse at Community Health and RPA virtual hospital. Today, she’s a health commander — filling a senior role in NSW Health’s COVID-19 response team — ensuring arrivals at Sydney airports are processed appropriately. And she's embracing the change.

“Now I’m working with lots and lots of different agencies as well,” she says. “You know, recognising that health is one component of the response that we’ve had out there — a big component — but it’s one that we’ve had to fit in with the airlines, the federal and state police, transport.”

For other members of the state response team, the change has been stark. At RPA’s COVID-19 clinic, which tests thousands of Sydneysiders a week, the team comprises redeployed health staff and former airline employees.

“There are a lot of transferable skills that I learnt from working at the airline,” says Scott Abdul Latif, a customer service manager at Qantas who now works as an administration manager at the RPA clinic. 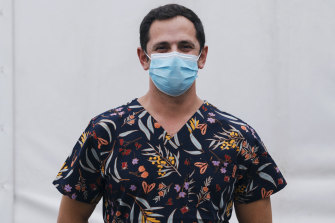 “It’s been very useful for me to be working at the hospital. We work in a team, managing staff. You’ve got to think quickly, you’ve got to be adaptable to the environment you work in and be able to deal with people from different backgrounds.”

And the addition of staff without conventional medical experience, such as Latif, has been embraced by members of his team too.

“Obviously, you need to train everyone who comes in,” says Paula Williams, nursing unit manager at RPA’s COVID-19 clinic.

“But eventually people will come in with their own ideas and their own models that they’ve used outside, and often they have ideas that are amazing. Often we’ll think, ‘Why didn’t we think of that before?’ And often we’ll employ a lot of their ideas, and their enthusiasm as well.” 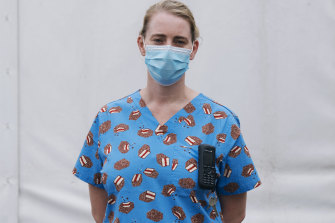 Before joining the response team, Williams worked in RPA's emergency department, managing the flow of patients. It was a "colourful experience", she says, which helped prepare her for what was to come.

"At the very beginning, it felt like we were inundated with patients," she says. "Thousands of people trying to figure out what was going on, trying to sort out how the pandemic was going to affect them.

"A lot of it was trying to field the emotional response to the initial pandemic, and that was very overwhelming for everyone involved. However, I feel like, coming from emergency, that prepared me to deal with the stress that came with a lot of patients."

While the past year has presented countless challenges to the state's COVID-19 response teams, Nilsson says her team has enjoyed being of service.

“I think everyone has enjoyed the challenge,” Nilsson says, “and have enjoyed feeling like they’ve been a part of the response, and feel like they’re doing something to help.”

For others, such as Wilson, it has become the new normal — but she's enjoying it nonetheless.

"I’m really just enjoying the novelty; the experience of it," she says. "Just adapting and bringing everyone together — engineering, cleaning services, domestic services.