‘They sold my family out’: Meghan Markle’s nephew says his father Thomas Markle Jr and aunt Samantha Markle are ’embarrassing and sad all at the same time’ for their outbursts against the Duchess

The Markle family feud is only getting more vicious, but this time its the Duchess who is actually being defended.

Tyler Dooley, Meghan Markle’s nephew, is hitting out at his father Thomas Markle Jr and his aunt Samantha Markle – who are both the former Suits star’s half-siblings.

Dooley, who is currently appearing on MTV UK’s The Royal World, has accused his father and Samantha of cashing in on Meghan’s fame.

‘My father and aunt Samantha have sold my grandfather out, sold my family out, sold Meghan out. It has been hard to deal with,’ Dooley, 26, told The Sun. 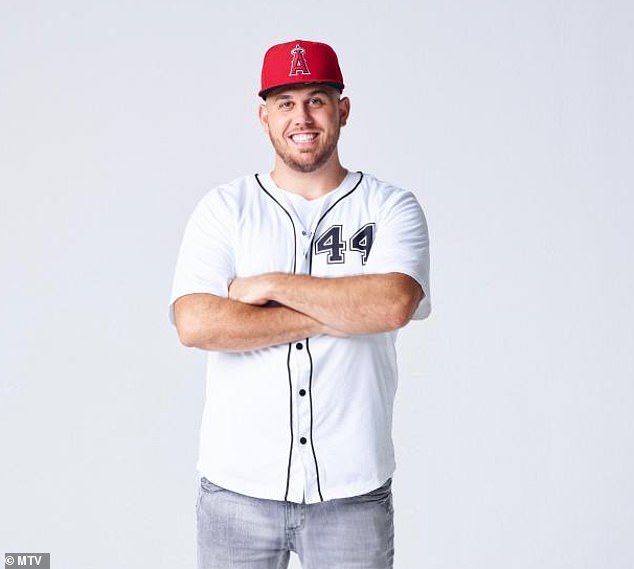 Tyler Dooley, Meghan Markle’s nephew, is hitting out at his father Thomas Markle Jr and his aunt Samantha Markle and accused them of cashing in on her fame 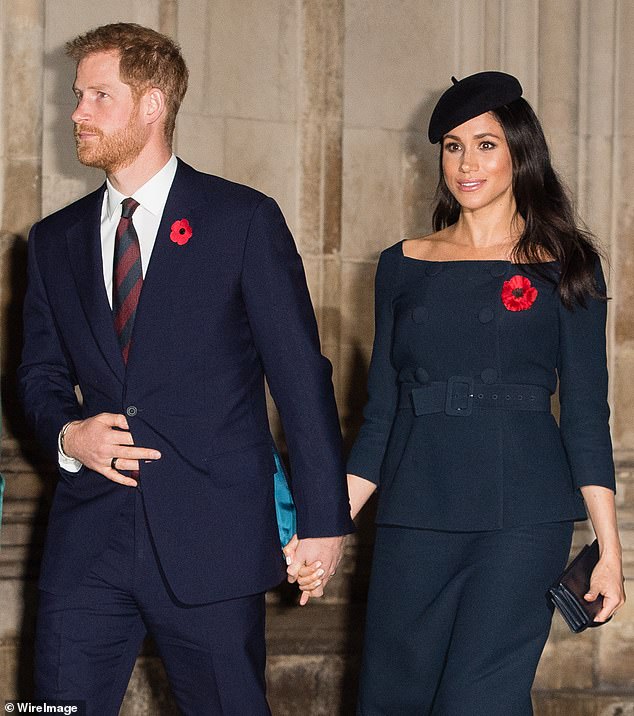 Both Samantha and Thomas Markle Jr have spoken at length on social media and to the press about Meghan since her relationship with Prince Harry began.

They have accused Meghan of shunning their father Thomas Markle, who caused an international scandal after staging paparazzi photos and claiming he could not come to Meghan’s wedding at the last minute because he had suffered a heart attack.

Meghan has reportedly not spoken to her father since, a fact that has prompted weekly rants from Samantha Markle on Twitter.

But Dooley has called his aunt and father’s very public outbursts ’embarrassing and sad all at the same time’.

‘It was never like we had a super tight-knit family before to be honest,’ he said.

‘But the fact that now the whole world gets to see how my father or aunt Samantha behaves, it is like an open wound for everyone to see.’ 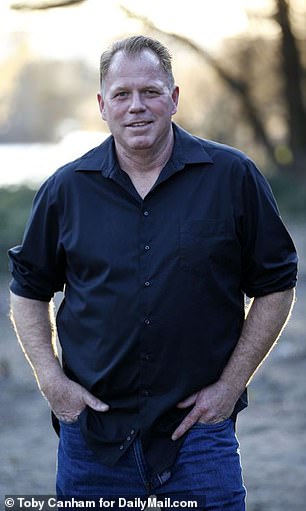 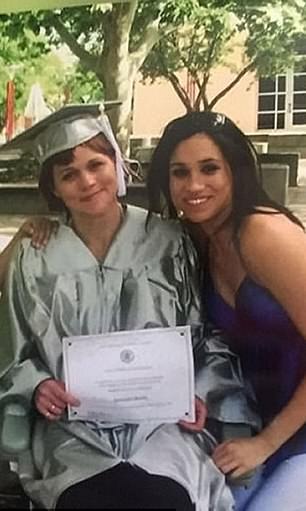 Dooley said his father Thomas Markle Jr (left) and Samantha’s public outbursts were ’embarrassing and sad all at the same time’. Samantha is pictured right with Meghan years ago 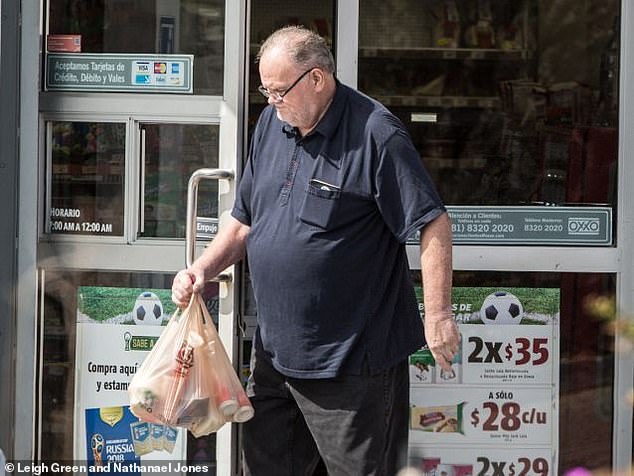 Dooley also revealed he remains extremely close to his grandfather Thomas Markle (pictured in June), who he described as a ‘loving teddy bear’

‘That’s the hardest part, the fact that there is no privacy. It is hard to deal with.’

Dooley revealed he is currently estranged from his father, who earlier this year released a public letter begging Prince Harry not to marry Meghan.

‘The only family I have left now are my mom, brother, and grandfather,’ Dooley said.

‘We are still close and fine but for the rest of my family, their lives are lived out in the tabloids and that is the hardest thing.’

‘I have to read what’s going on in my family in the news because I don’t even speak to them.’

While Dooley hasn’t spoken to Meghan in three years, he defended his aunt and said she doesn’t deserve the way Samantha and his father have spoken about her.

‘Meghan has always been a hard worker,’ he said. ‘I know she focused on her passion and trying to make a name for herself.’ 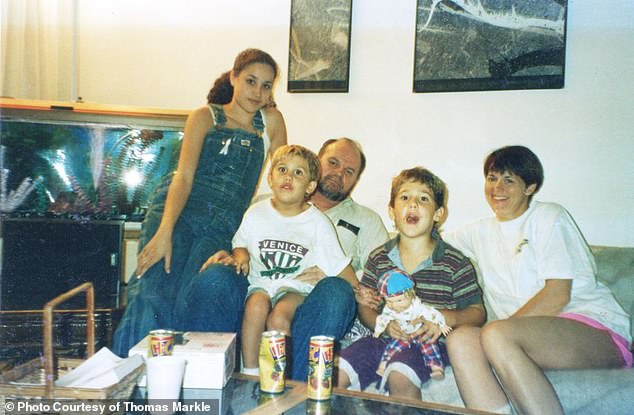 ‘She was a young girl with big ambitions. She wanted to make history. It was like me when I went to college. It wasn’t that I didn’t want to talk to my family. I just didn’t want to be distracted.’

‘I don’t know exactly what has gone on but there’s no justifications for Samantha’s actions. You can’t justify what any of them have done.’ 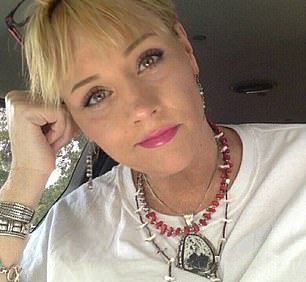 ‘I speak to my grandfather nearly every day,’ he said. ‘I would love to speak about what he is really like as a person.’

‘He always made every holiday special. He always went above and beyond and brought the joy and birthdays and Christmas.’

‘He is a very kind man and showed us all a lot of love. Even more for Meghan. He bent over backwards for her.’

Dooley described Thomas Markle as a ‘loving teddy bear’ who was a ‘very good parent’ to the future Duchess of Sussex.

‘Whether that contradicts reports that are out, I don’t care,’ he said. ‘Because I can tell you on record he is a very kind, caring, loving person who adores Meghan.

‘I would stand by that every day of the week.’

Dooley hasn’t met his aunt’s husband, but only has nice things to say about Prince Harry and hopes he might one day meet his future cousins.

‘I am a fan of Prince Harry. I see a lot of similarities between me and Prince Harry,’ said Dooley, who runs a cannabis farm in Oregon that sells a special strain called ‘Markle Sparkle’.

‘He is a normal down-to-earth guy and I love that about him.’

Dooley said ‘time will tell’ if he will get to meet Meghan and Prince Harry’s child, which is due next spring – the same time Samantha Markle plans to release a tell-all book called In The Shadows Of The Duchess. 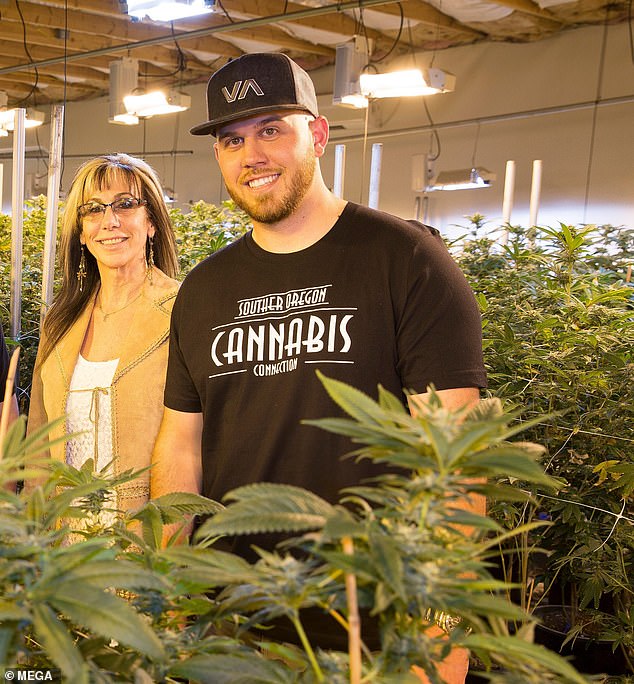 ‘I have no expectations to be honest,’ he said. ‘I’m just going to let things work out as they should and have faith it will all be okay.’

Dooley said he decided to star in MTV UK’s The Royal World because he wanted to ‘set the record straight’ about his family.

Archie Manners, the show’s host, said Dooley talks about his aunt a lot on the show and offers a ‘different set of facts’.

‘He gets an opportunity to give the other side of the story, and it’s a story that I think needs telling,’ Manners told The Sun.

‘It’s a story I think we should know because we’ve heard one side of it. It’s nice to have the balance.’

Manners said he was ‘initially surprised’ that Dooley agreed to be on the show. 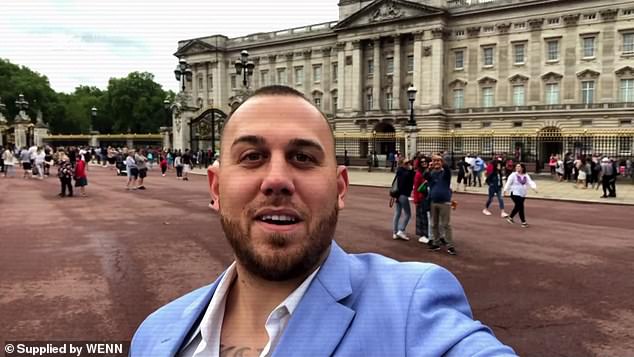 ‘I thought it was great for the show, but I also thought “Haven’t the Markles gone through enough?”‘ Manners said.

‘But Tyler does present another side to the Markle saga. This is a family that came from nowhere and was thrust unwillingly into the limelight.’

‘They got things wrong, of course they did [but] maybe they weren’t given enough support.’

‘Viewers will see a different side to the Markle family and they’ll see that they’re actually human beings.’

A new generation of girls has much to lose