HAMBURG (Reuters) – Annegret Kramp-Karrenbauer, the new leader of Chancellor Angela Merkel’s Christian Democrats, sought to bind the party together after a divisive leadership battle by promoting a rival’s ally to a key post on Saturday. 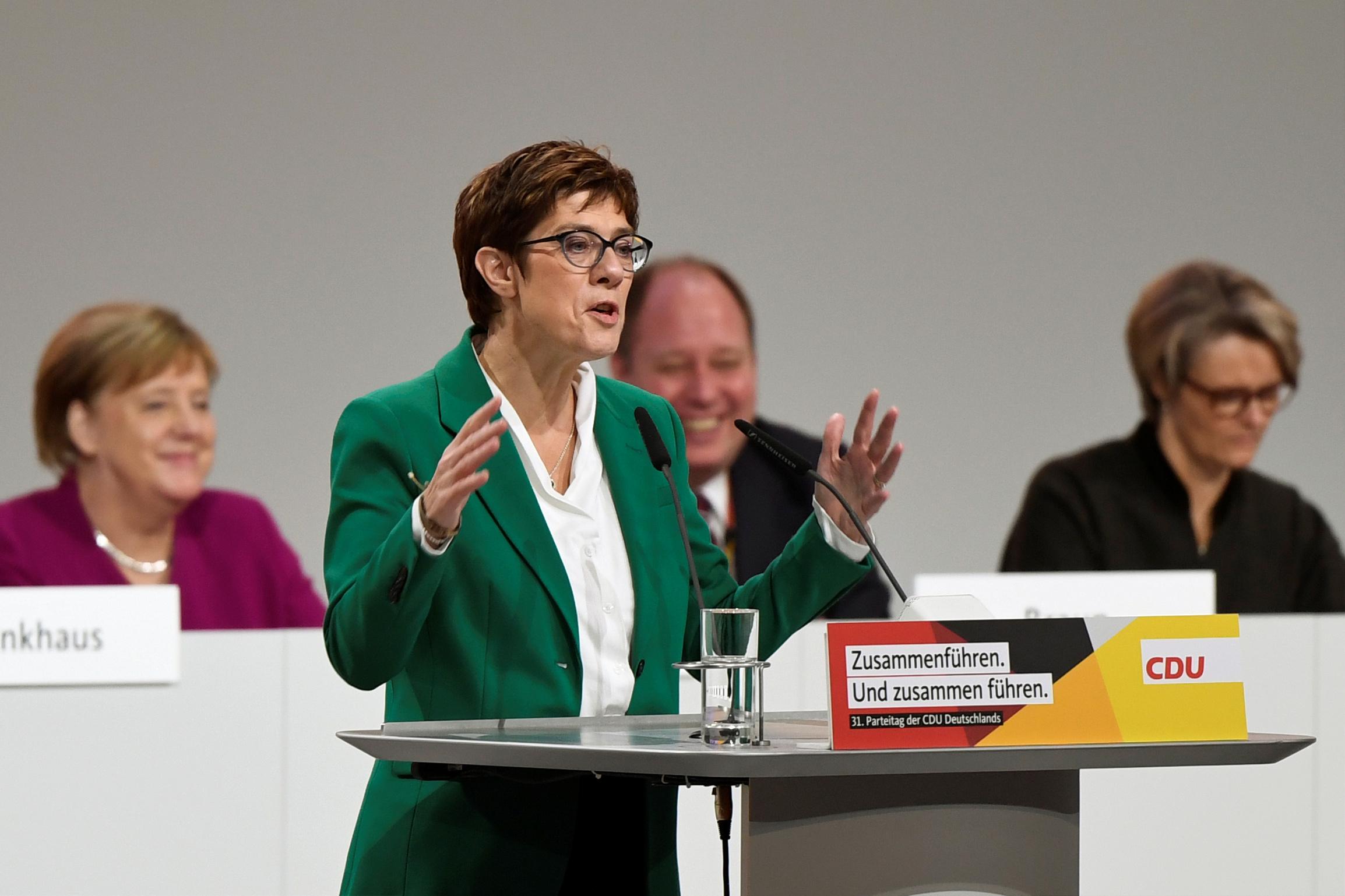 Delegates from the Christian Democratic Union (CDU) elected Kramp-Karrenbauer, 56, on Friday to replace Merkel as party leader, a decision that moves her into pole position to succeed Europe’s most influential leader as chancellor.

Kramp-Karrenbauer, the continuity candidate favored by the party elite, won a narrow victory over the more conservative Friedrich Merz in a run-off. Health Minister Jens Spahn, also a more conservative candidate, was knocked out in a first round.

On Saturday, Kramp-Karrenbauer proposed Paul Ziemiak, head of the Junge Union, the conservatives’ youth wing, to replace her as CDU secretary general – a role in which he will organize the party, election campaigns and congresses, and support her.

Party delegates duly elected Ziemiak, 33, but with just 62.8 percent of the votes cast – a far narrower margin than the overwhelming 98.9 percent support with which Kramp-Karrenbauer was elected to the secretary general post in February.

After the bruising leadership election, Ziemiak and other leading CDU officials sought to rally the party.

“Now the task is to renew the party with a clear course and clear communication,” Ziemiak said. “Let’s believe together and let’s win together!”

The tight nature of Ziemiak’s victory reflected the divisions in the CDU after a robust campaign for the leadership. Kramp-Karrenbauer’s first job as new party leader is to try to unite the CDU ahead of European and regional elections in 2019.

“Paul Ziemiak is from the home region of Friedrich Merz. He’s a close friend, from the Junge Union, of Jens Spahn,” David McAllister, a member of the CDU’s executive committee, told Reuters.

“So this move to choose Paul Ziemiak is a step forward by Annegret Kramp-Karrenbauer, trying to unite the different camps which the endorsed the three different candidates,” he added.

However, the move quickly drew criticism from some.

“I am not going to hide that I would have liked a secretary general from the east,” Ingo Senftleben, Brandenburg CDU chief, told the NBR media group. He said Kramp-Karrenbauer must fulfill her promise to pay attention to the east before three state elections there next year.

Merkel needs Kramp-Karrenbauer to unite the CDU to help steady her ruling coalition with the center-left Social Democratic Party (SPD) – an awkward alliance that has come close to collapse several times since being formed in March.

After a series of electoral setbacks, Kramp-Karrenbauer must use her ability to reach beyond party lines to shore up the CDU.

The party bled support to the far-right Alternative for Germany (AfD) in last September’s federal election and is also losing support to the Greens, who are now running second in national polls behind the Christian Democrats.

In October, the CDU lost over 10 percentage points in a state election in Hesse. Merkel announced she would stand down as party leader after that damaging result. 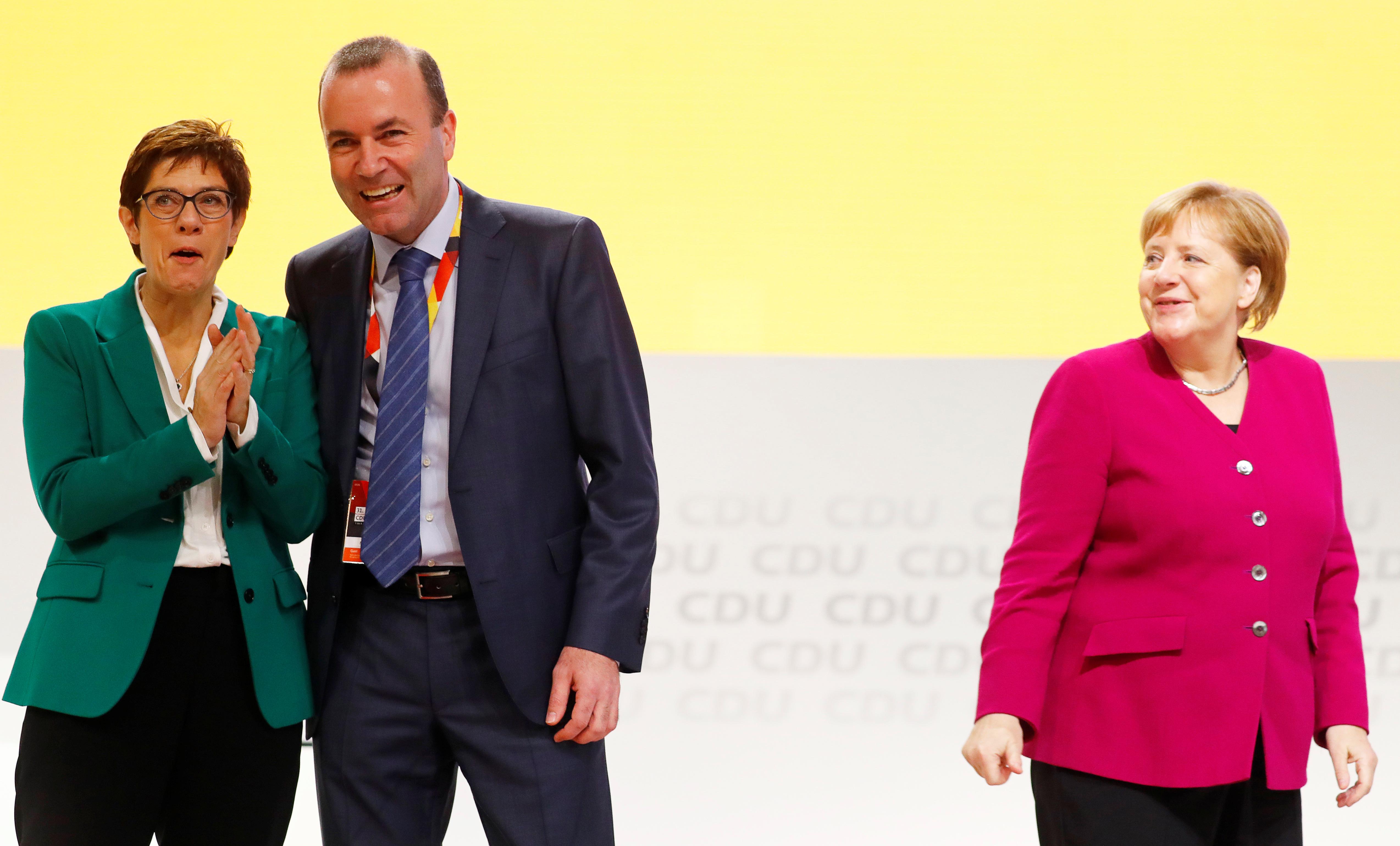 Kramp-Karrenbauer is a renowned bridge-builder – a skill set that helped win her the party leadership, and in her home state of Saarland, where she led an experimental three-way coalition with the pro-business Free Democrats and the Greens.

Merkel’s decision to stand down as CDU leader is part of her slow, stage-managed exit from politics. She wants to remain chancellor until the next federal election, due by October 2021 and should be able to work comfortably with Kramp-Karrenbauer.

However, some commentators have suggested that with her preferred candidate in charge of the party, Merkel may decide she could step down early and leave Germany in her hands.