A former Burger King employee in Michigan has a court date scheduled for next Thursday after being charged last week in connection with a weapons incident in April.

Dustin Rocheleau, 24, of Garden City, allegedly pointed a handgun at some drive-thru customers while working at the drive-thru window of the restaurant in Livonia, about 20 miles west of Detroit, FOX 2 of Detroit reported.

The incident stemmed from a dispute over how the customers would pay for food, the report said.

Livonia police posted security-camera video footage of the incident on Facebook. It shows Rocheleau pointing a gun out the window, then shows a manager telling Rocheleau to leave. 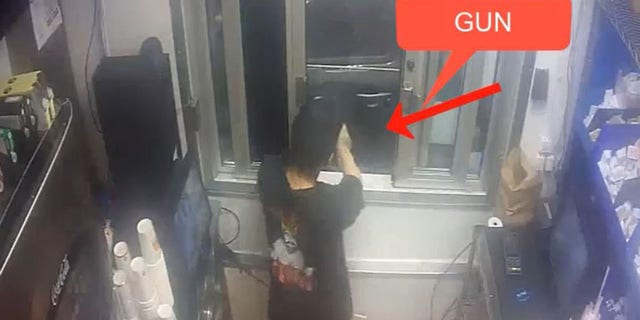 The same post includes footage of police arresting Rocheleau after he left the restaurant.

The suspect was arrested after the customers drove away from the restaurant and notified police, the report said. When responding officers arrived in the area, they found Rocheleau with the weapon in his backpack, the report said.

NYC has ‘work to do’ as coronavirus hospitalizations rise, de Blasio says