‘Who could keep 59 stores open, besides God?’ Billionaire Mike Ashley hits back at MPs questioning his takeover of House of Fraser as he says ‘I’m not Father Christmas, I’m actually a very fair guy’

Billionaire Mike Ashley has hit back at MPs questioning his takeover of House of Fraser.

The owner of Newcastle United Football Club, has appeared in front of the Housing and Local Government Select Committee today to discuss the ailing retail sector and the future of the high street.

In sometimes combative exchanges with MPs, he was asked about his takeover and the future of House of Fraser, which he rescued for £90 million earlier this year. 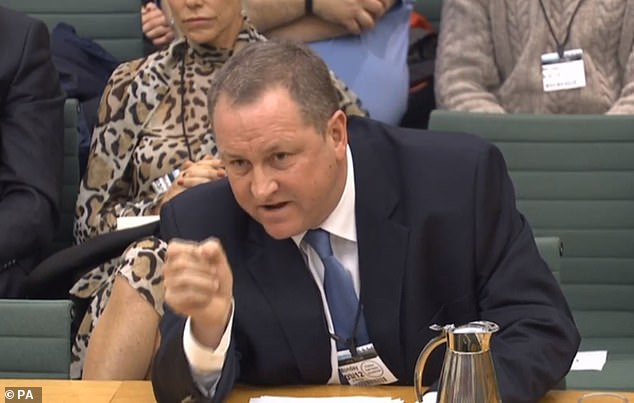 He told MPs he ‘never never never’ said he would keep open all 59 stores.

‘What person could keep 59 stores open, besides God?,’ he added.

He then said: ‘I’m not Father Christmas, I’m actually a very fair guy.’

But he did say the company will employ fewer people, and that maintaining the status quo was ‘impossible.’

The Sports Direct founder also called for a new tax on online retailers as part of a radical change he says is needed to save the high street. 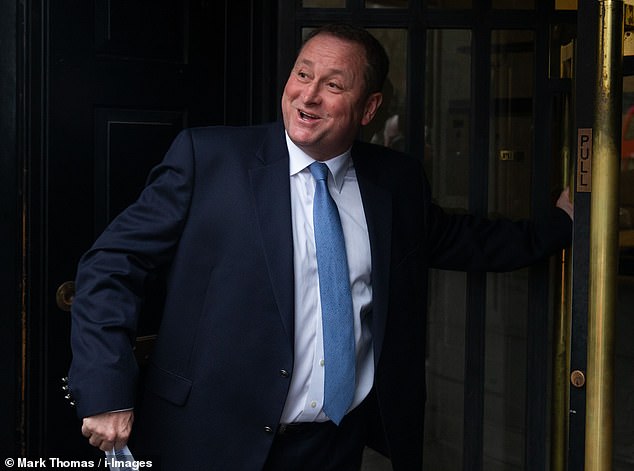 He said any retailer that makes more than 20% of its sales online should be subject to an additional tax.

And this would encourage businesses like Sports Direct to open more stores rather than increasingly shifting to digital sales channels.

Mike Ashley was asked whether the current woes faced by House of Fraser and possible store closures kept him up late at night with worry.

He said:  ‘I’m not sitting in my office stroking a white cat…

‘It’s not my fault the high street is dying…

‘The question is, what to do about it.

‘Could we save the vast minority… what could we do for them?’

‘The internet is killing the high street.’

The businessman, who has expanded his high street empire this year with the acquisitions of House of Fraser and Evans Cycles, warned most high streets will not survive until 2030.

He said: ‘I want to make it crystal clear: the mainstream high street as we think about it today – not the Oxford Streets and the Westfields – are already dead. They can’t survive.’

He later said: ‘Outside of London it’s going to be a ghost town.’

His suggestions were welcomed by Robert Hayton, head of UK business rates at Altus Group.

He said: ‘Our system of business rates was created nearly 30 years ago, before the advent of online shopping, and with the UK having the third largest e-commerce market in the world, Mike Ashley was right that it is vital that the Government develops a coherent approach to taxing the digital economy.’

He also hinted a long-suggested tie-up between Debenhams and House of Fraser could still be on the cards.

Meanwhile, he described rising high street rents as ‘prehistoric’ and said retailers were in a ‘downward death spiral’. 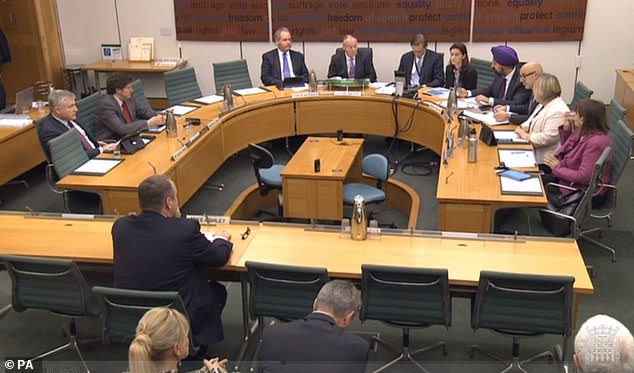 Mr Ashley, appearing today at the Housing, Communities and Local Government Committee, said he was not a ‘crazy capitalist’ and everyone needs to come together to save the high street

Mr Ashley has recently been embroiled in public rows with retail landlords, but he said that all parties must now come to the table to save the high street.

‘Everybody has to come together and look at this,’ he said.

‘I know it sounds very socialist, I’m not this crazy capitalist that everybody thinks I am.’

The parliamentary committee is conducting an inquiry into the future of traditional retail districts after a torrid year for the sector.

A string of British store groups have gone out of business or announced shop closures this year as they battle subdued consumer spending, rising labour costs, higher property taxes, growing online competition and uncertainty over Brexit.

Moderna chief executive sees pandemic over in a year – newspaper

What is today’s pollen count in the UK and what is the pollen level in London? – The Sun