The Plan B plotters: Cabinet ministers in talks with Labour MPs about holding another Brexit referendum as the PM faces a massive and humiliating defeat on her deal in crunch Commons vote

Senior Cabinet ministers have held talks with Labour MPs over holding a second Brexit referendum as the PM is braced for a bloody defeat on her deal.

They have discussed holding another vote – less than three years after the historic referendum – if Mrs May’s deal is rejected by the Commons on Tuesday night.

And the they have also discussed options for a Norway-style deal, which would effectively keep the UK in the single market and customs union, and keep free movement.

The revelations, reported in The Sunday Times, will spark fury among Eurosceptics who have warned of a plot by Remainer MPs to thwart Brexit.

It comes at the beginning of what is set to be one of the most momentous weeks in politics as MPs will vote on the deal.

But Mrs May was facing a fresh onslaught, with Brexiteers Boris Johnson, Esther McVey and Dominic Raab all touring the TV studios to urge her to tear up her plan.

And facing what looks set to be a massive and humiliating defeat, Mrs May is considering delaying the crunch vote, due on Tuesday, and heading back to Brussels to squeeze some extra concessions out of the EU.

She is being urged to emulate Margaret Thatcher and have a ‘handbag moment’. 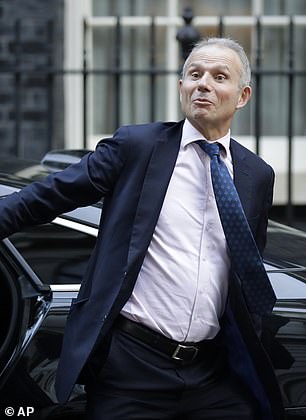 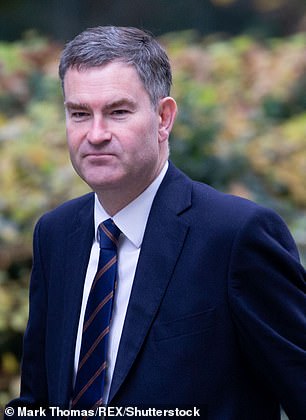 It comes as Britain is facing one of the most momentous weeks in politics in modern time with MPs due to vote on the deal on Tuesday.

Mrs May is staring down the barrel of a massive defeat, with over 100 Tories declaring they will not back her deal.

With the PM’s plans plunged into turmoil, civil servants have war-gamed two versions of the UK holding another referendum.

The first is a straight choice between the PM’s deal and remaining in the EU.

And the second would be a leave, remain contest with a second question asking them if they prefer the existing deal or a no-deal departure on World Trade Organisation terms.

Meanwhile, defence minster Tobias Ellwood today hinted that he could back a second referendum in the future.

He said: ‘If parliament does not agree a Brexit deal soon, then we must recognise that the original mandate to leave, taken over two years ago, will begin to date and will, eventually, no longer represent a reflection of current intent.’

One cabinet minister told The Observer that the PM was so committed to the deal that ‘a second referendum could now be the only way of getting it’.

The revelations come a day after Amber Rudd said ministers could back a Norway-style deal if Mrs May’s plan is voted down this week.

The Secretary for Work and Pensions became the first Cabinet minister to publicly discuss the merits of a ‘Plan B’ if Mrs May deal is defeated in Tuesday’s crunch Commons vote.

She said should the deal be voted down, she would prefer a so-called Norway-plus model for Brexit that would involve staying part of the European Economic Area.

Ms Rudd, who made a dramatic return to the frontbench last month after Esther McVey quit the Cabinet in fury at the Brexit plan, predicted a ‘chaotic’ period if the Government is defeated.

She said: ‘If it doesn’t get through, anything could happen – People’s Vote, Norway-plus, any of these options could come forward and none of them are as good as the current arrangement we have got with the Withdrawal Agreement to vote on on Tuesday.’

Facing a massive defeat on Tuesday night, Mrs May is considering delaying the vote and heading back to Brussels to have a ‘handbag moment’ and squeeze more concessions out of the EU.

Brexit Secretary Steve Barclay today insisted the vote will go ahead on Tuesday, but Mrs May is expected to make a final decision tomorrow on whether she will push it back.

One senior cabinet minister told The Sunday Times: ‘People in No 10 think she needs to have a ‘handbag moment’ where she says: ‘Up with this I will not put.’

What is the Norway-plus Brexit plan which some MPs are backing?

In the wake of a defeat on her deal, Mrs May would have 21 days to bring a new plan to the House of Commons.

But an amendment tabled by Tory Remainer rebel Dominic Greive and passed this week has given parliament a platform to start dictating the terms.

MPs will be able to spell out potential plans and vote on them – giving a strong indication of where opinion lies.

Support is likely to gather around a ‘Norway-plus’ plan that has long been pushed by Tory backbencher Nick Boles.

Former Cabinet ministers Oliver Letwin said this week that he believes there is a majority for that style of relationship, other senior figures such as Nicky Morgan have endorsed it, along with substantial numbers of Labour MPs. A group of Cabinet ministers have been mulling it over as a fallback plan.

It would effectively keep the UK in the single market, with a customs bolt-on to avoid a hard Irish border, and backers say it would keep Britain close to the EU while cutting contributions to Brussels.

However, critics say it has the drawbacks of keeping free movement, – and tightly limiting the possibilities for doing trade deals elsewhere.

The EU is also thought to have concerns about a country the UK’s size joining the EEA, while other states in the group might be resistant.

If the Norway model was endorsed by the Commons, it would not be binding on the government.

But it would have huge political force, and it might be very difficult for ministers to face down the calls.

Mrs May is unlikely to be able to put the policy in place as it break her often-stated red lines.

In the end, it might need a new government of national unity, perhaps led by a respected cross-party figure, to put the UK on course for Norway-plus – with the prospect of a general election soon afterwards.