Presenter Sylvie Tellier was interviewing some of the women in the dressing room for French channel TF1 the gaffe occurred. 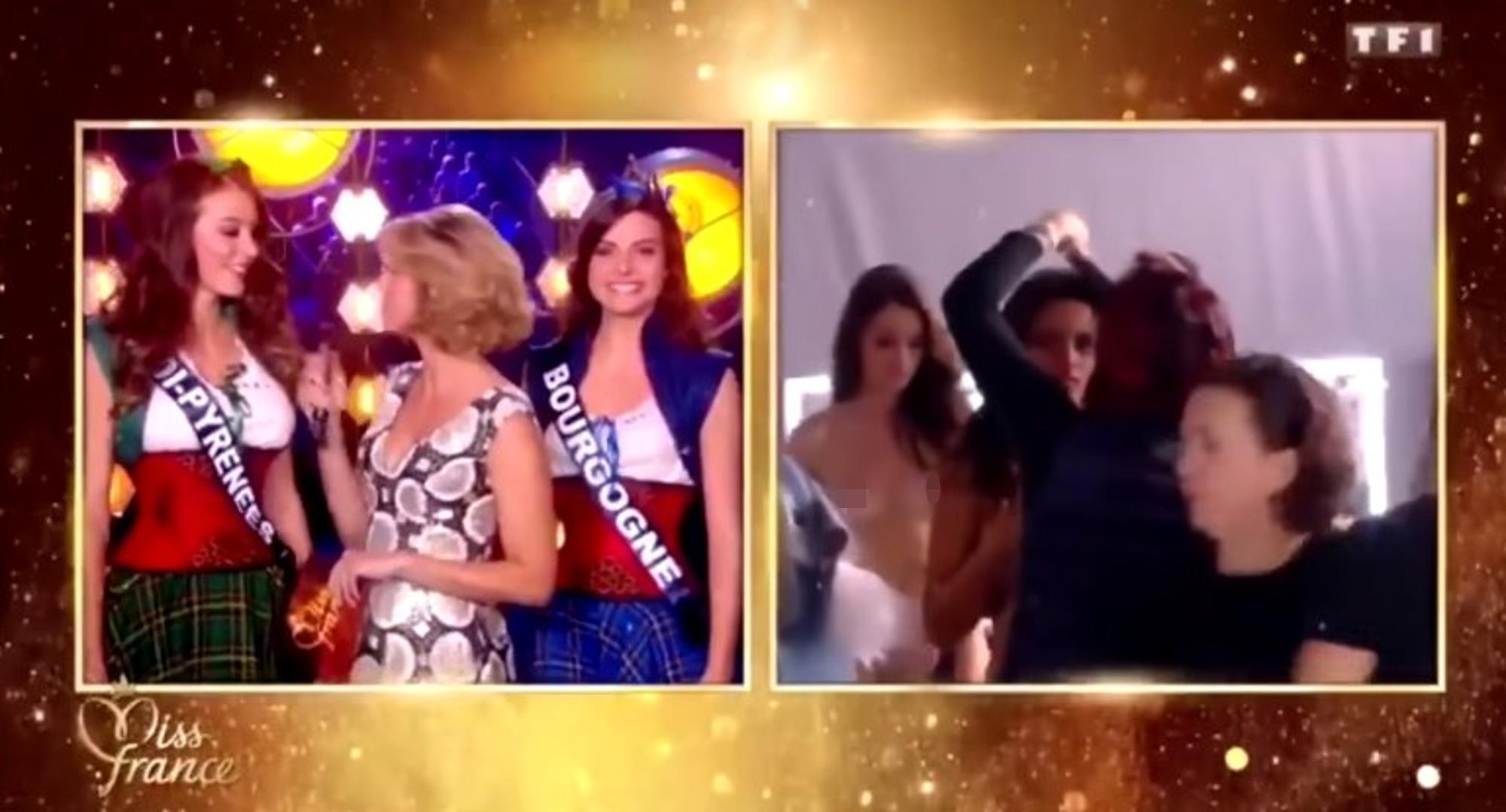 Miss Aquitaine, Carla Bonesso, who was getting ready in the background, appeared topless while another contestant appeared with her breasts barely covered.

Ms Tellier, who is the national director of Miss France Organisation, described the incident as a major gaffe.

She said: "This should not have happened. This is a big mistake on our part and it has spoiled this show a little."

And the unfortunate Miss Bonesso, 20, added: "I was not quite naked, it was an accident. But TF1 did not manage its cameras well. 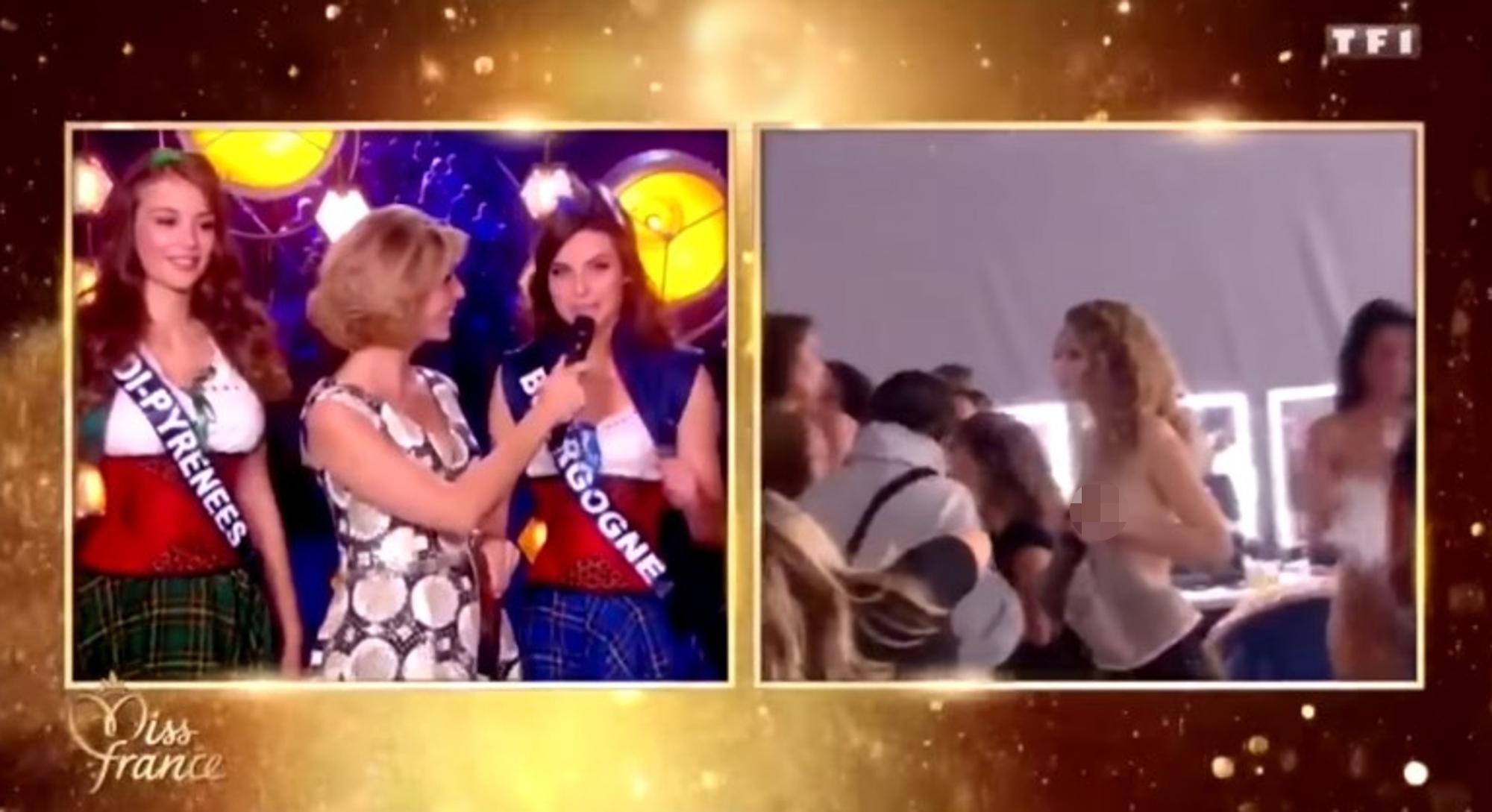 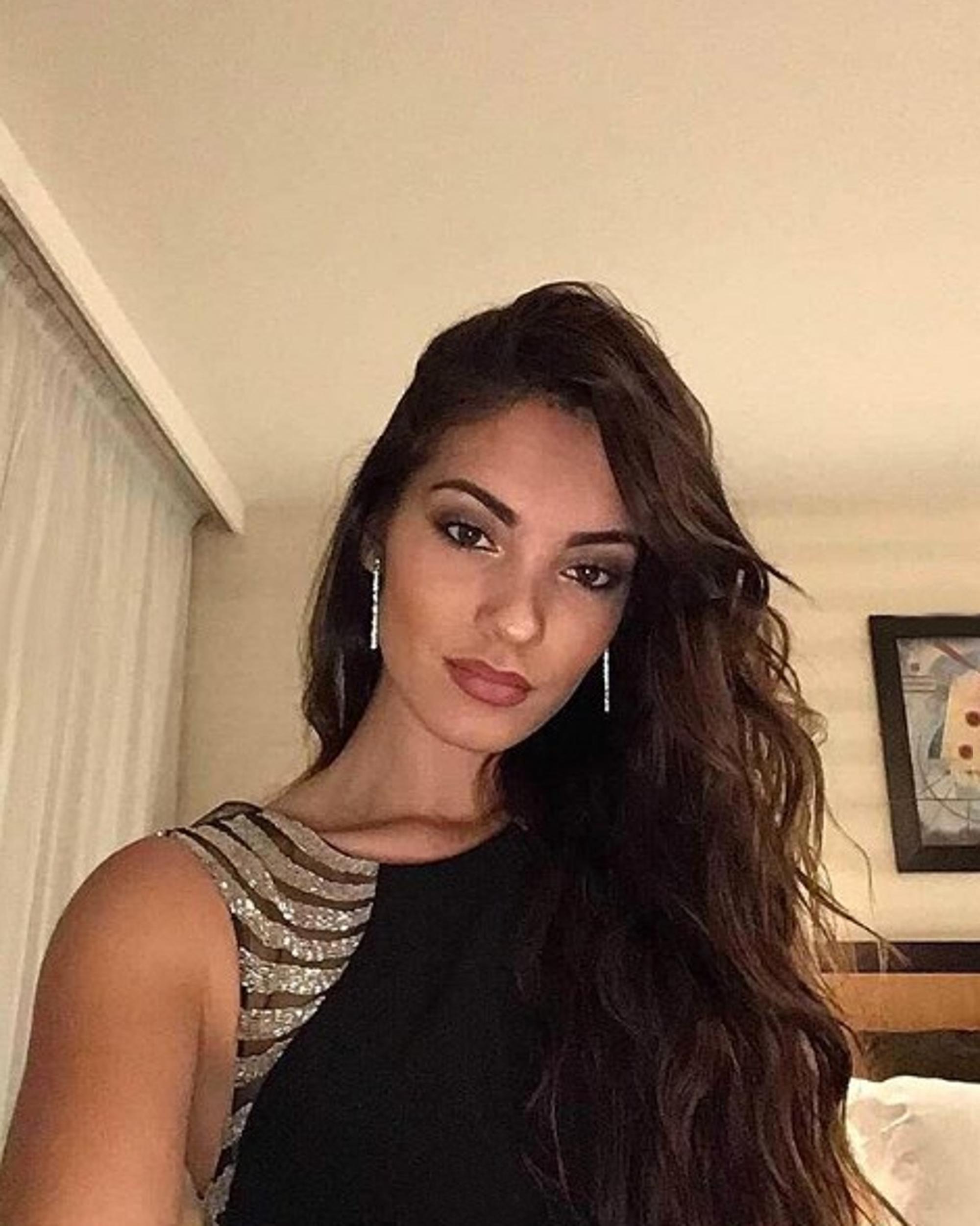 “It was not at all professional."

She was asked on social media whether she would be pursuing a complaint against the broadcaster and replied: "I do not know."

The topless footage sparked controversy on Twitter where one user pointed out it could have potentially undermined the whole contest.

The user said: "Normally. it is forbidden for Miss France winners to show their breasts so what happens if the poor girl whose breasts were seen on television is elected the winner? 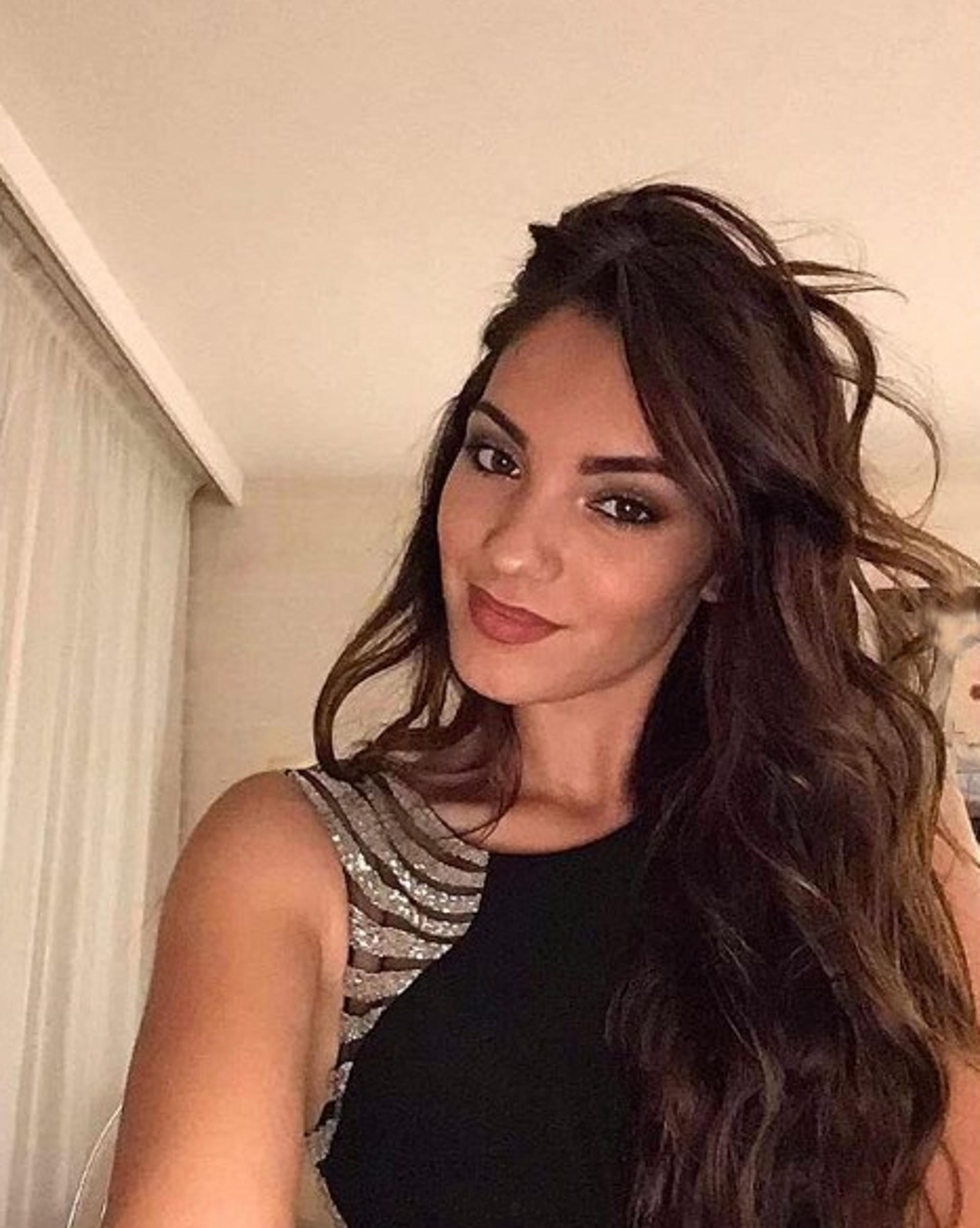 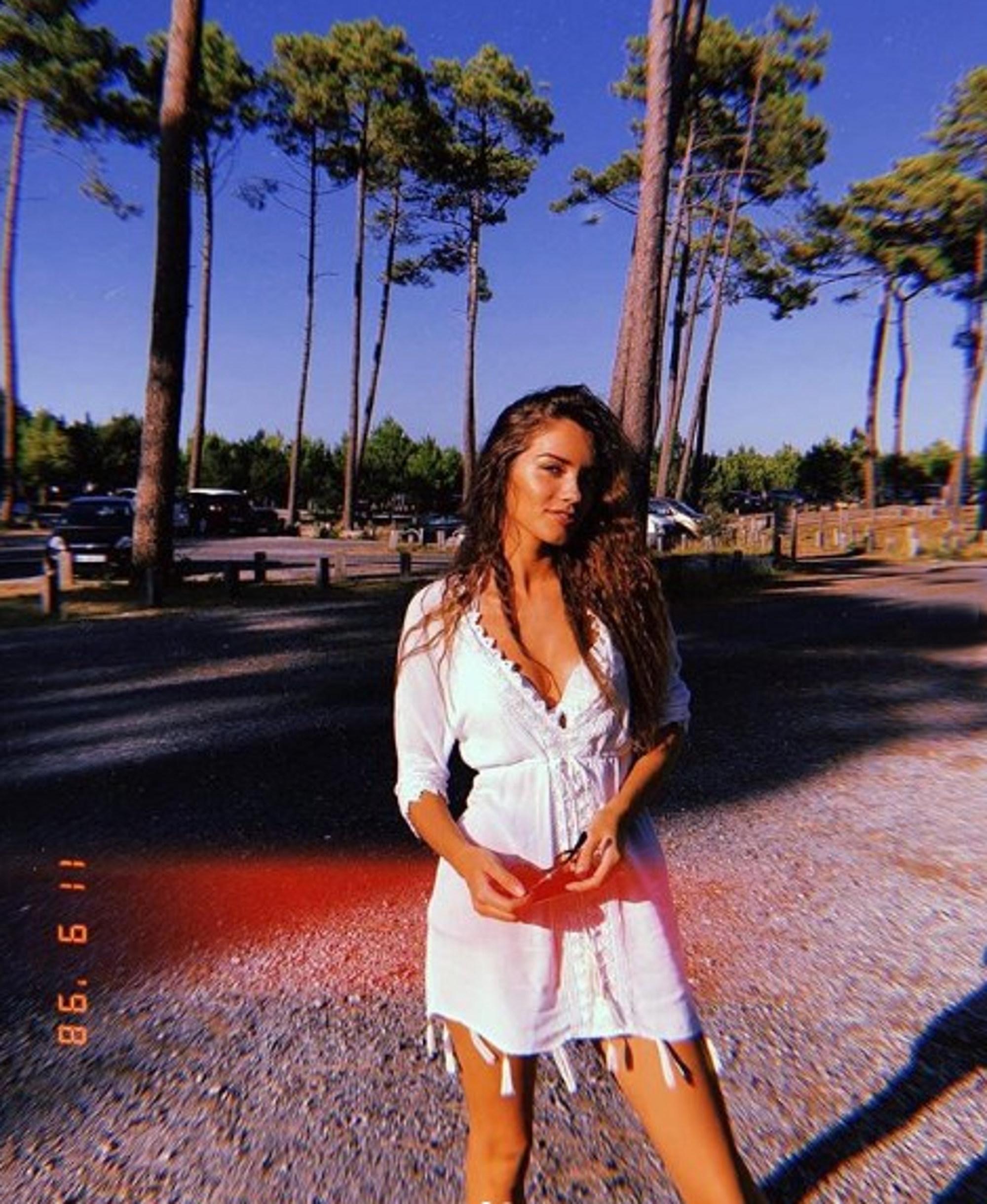 “Would she be immediately disqualified because of this?"

And another contributor added: "Breasts during Miss France!!! Frankly the camera work behind the scenes is limited."

Franck Broqua, the director of the television coverage, said he had wanted a camera behind the scenes "to be closer to the candidates" as they prepared for the event.

It had worked well in rehearsals but the cameraman had moved during the live event giving him a wider camera angle.

Mr Broqua said he believed he had "reacted quickly enough" but added that he was sorry for the "regrettable live incident".

TF1 has removed the topless footage from the online version of the show available on streaming services.

Miss Bonesso was not named among the top five contestants.