A Missouri man with a “body count” tattoo on his face to allegedly mark the number of murders he committed was sentenced to 25 years in prison for a 2019 slaying, officials said Friday.

Jonathan Lowrey, 27, a Blue Springs resident, pleaded guilty to second-degree murder in February for the March 28, 2019 shooting death of Joseph Corum in Kansas City. He was also sentenced to 20 years for armed criminal action and seven years each for tampering and burglary, the Jackson County Prosecutor’s Office said. 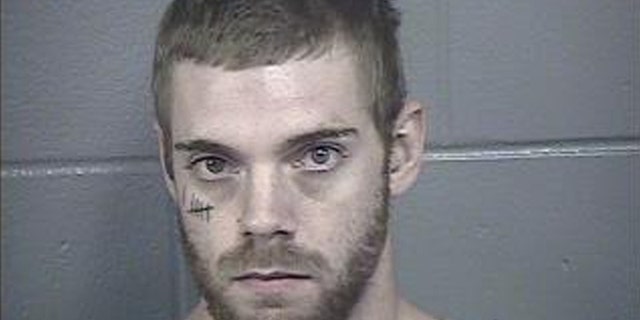 Jonathan Lowrey, 27, has a tattoo of 6 tally marks near his right eye, which a witness said the 25-year-old stated was a "body count." He was sentenced to 25 years in prison for a 2019 murder, officials said.
(Jackson County Detention Center)

A witness told authorities she heard Corum yelling at someone outside from inside her home before hearing “a loud vehicle” and a gunshot. She heard another gunshot and the vehicle drove away, officials said.

Another witness said he heard arguing and saw a man identified as Lowrey take a long gun out from a vehicle and shoot Corum three times before driving away.

Investigators obtained video surveillance from another witness showing Lowrey sitting in the vehicle. The witness said he had five tally marks under his right eye. Lowrey allegedly stated the marks were a “body count.”

He was arrested a few weeks after the slaying. A detective stated Lowrey had six marks on his face when he was questioned by police.

Find Out Why Escapehour is the Best

Coronavirus deaths around the world pass 100,000