A MOM was horrified after a cruel daycare worker replied to her kind note for her son demanding she "put him on a diet and go away".

Francesca Easdon said she wanted to make her five-year-old "smile at lunchtime" with a request that his carers tell him "his mommy loves him". 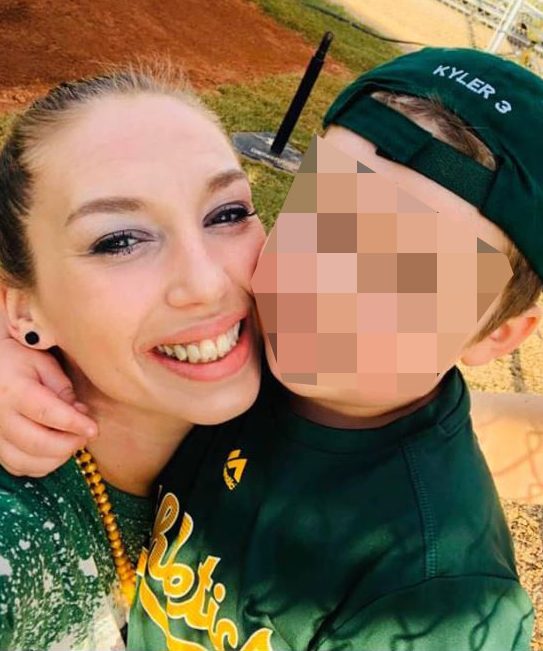 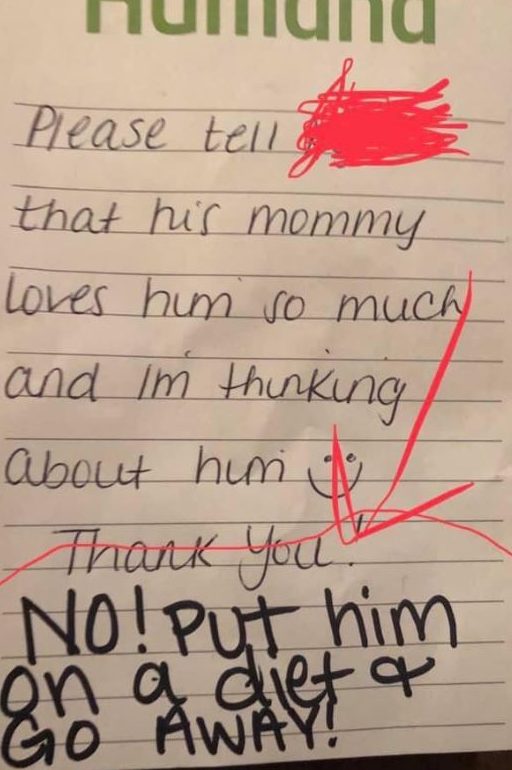 But she was stunned when her little boy handed the note back to her after an afternoon at Rocking Horse Day Care in Kingwood, Texas, last Tuesday.

Her letter had initially read: "Please tell Kyler that his mommy loves him so much and I’m thinking about him.”

But in response, a heartless staffer scrawled: "NO! Put him on a diet and GO AWAY!"

Writing about the shocking reply, distraught Francesca said on Facebook: "I sent this note in Kyler's lunchbox, thinking that it would make him smile at lunch time.

"But instead, I received this in return from one of the teachers!"

Francesca explained that little Kyler struggles with food and is "extremely picky" – but she is working to introduce healthier food into his diet.

But rather than being "supportive" of her efforts, Francesca says the daycare has left her in "absolute shock".

The mortified mom immediately contacted the Rocking Horse Day Care, whose director apologized and “assured” her the matter was being investigated.

"Yet almost no remorse was shown,” Francesca claimed.

She said: "I am disgusted that I put my trust in these people to care for my child and this is what I get in return.”

The daycare worker that wrote the note has subsequently been fired, according to WECT 6 News.

Staff at the daycare had not intended the mom to see the response, a spokesperson for Rocking Horse added.

Little Kyler has also been enrolled at another daycare facility where his "safety and level of care comes first", she said.

Francesca told local media: "I do everything in my power to build my son up and make him feel good about himself because he is amazing." 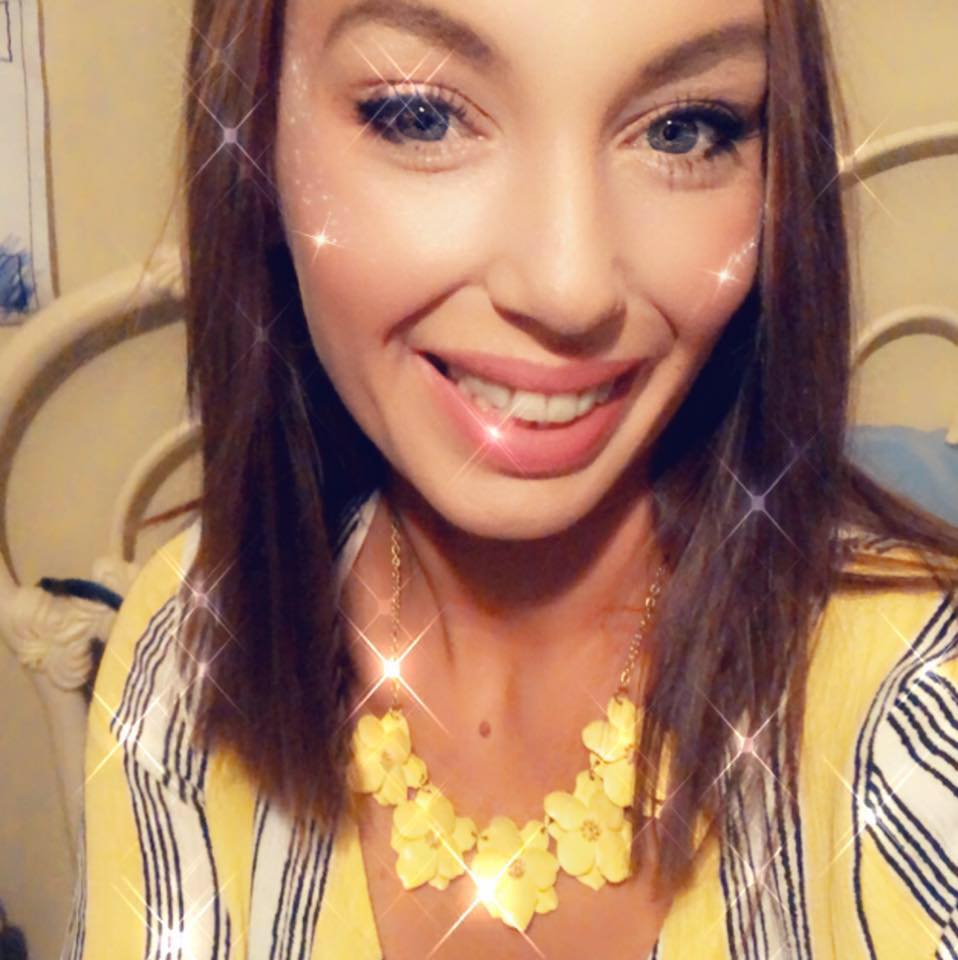 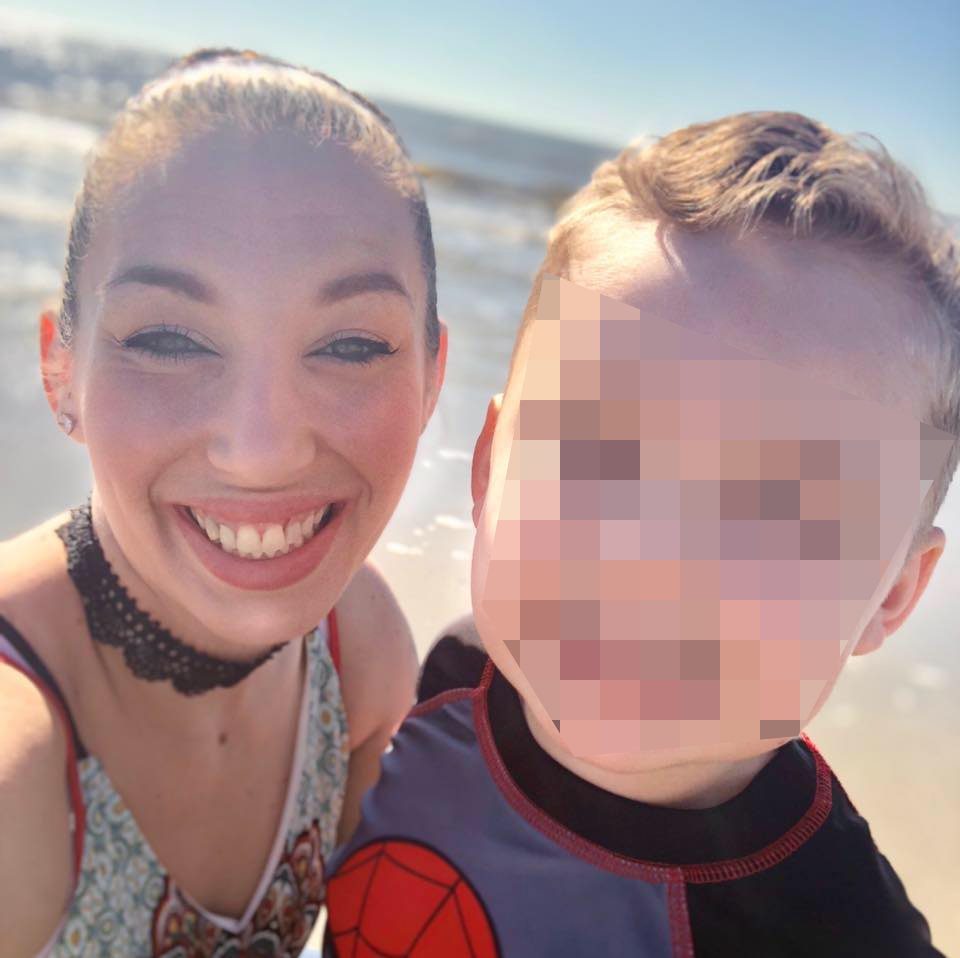 What is the backstop plan in Theresa May's Brexit deal and what does it mean for the Irish border?