A MISSING TikToker' mom said her daughter's boyfriend "showed possessive traits" and is an addict who relapsed, which sparked the fight before she vanished.

Lateche Norris' mom, Cheryl Walker, told the US Sun that Joey Smith broke at least four of her daughter's phones during arguments since May and followed her when she tried to cool off after a fight. 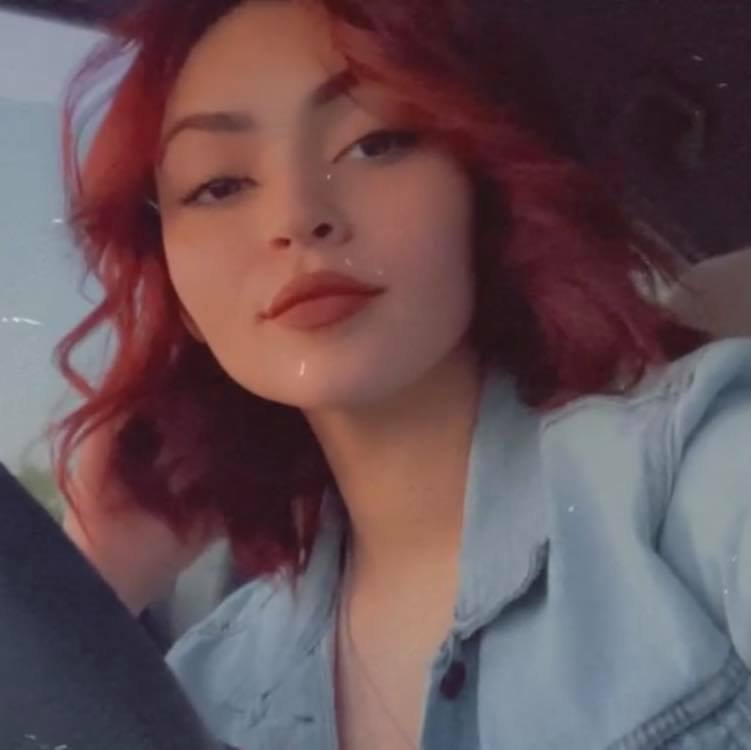 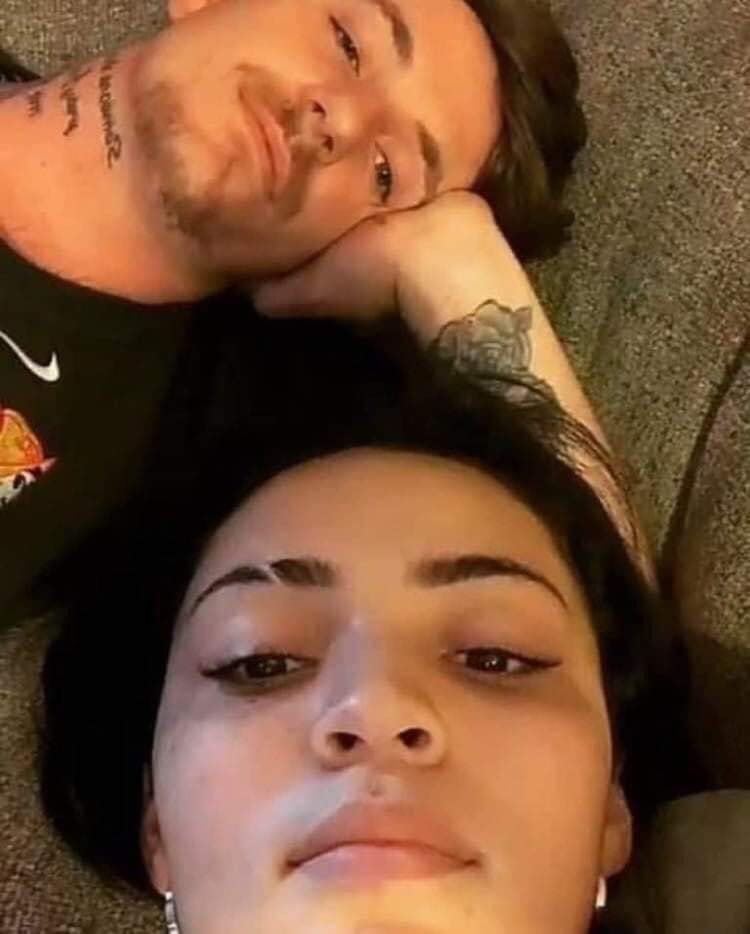 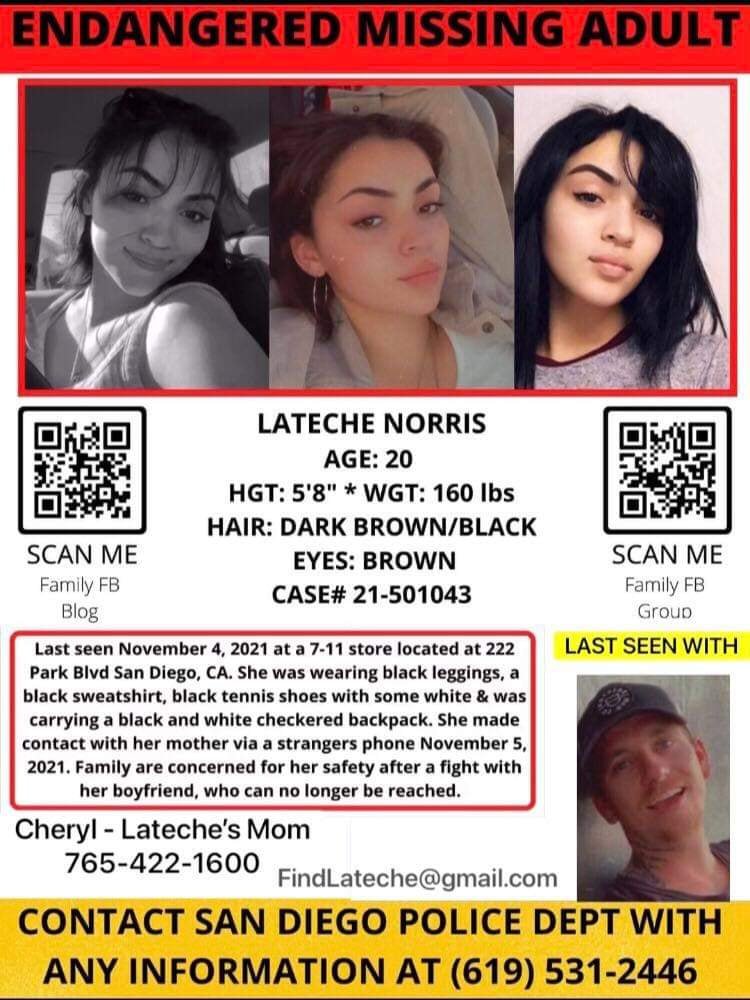 "He always followed her around. He wouldn't do anything or go anywhere without her," Walker said in an exclusive interview on Tuesday – more than three weeks after Norris went missing.

"He's an addict and went out to San Diego to get help," she said. "But he wasn't sober and was living on the streets."

On Halloween – just days after her 20th birthday – Norris travelled from her Indiana home to San Diego to help Smith, 25, according to Walker.

"She told me, 'He's going to kill himself, and I can't have that on my conscience,'" the missing TikToker's mom said.

Norris landed on the West Coast on November 1 and uploaded pictures and videos of California to her social media accounts, but her posts slowed to a trickle, Walker said.

On November 4, Norris called her mom using Facebook messenger from her phone.

Her mom explained that was a backup phone that didn't have cell service and required WiFi to do anything.

The next day, Norris and Smith made frantic calls to Walker saying they got into a fight.

"He would always do that. Every time they got into an argument, he called me asking, 'Where's Lateche? What's she doing?'"

That phone call was last time Walker heard from her daughter or her daughter's boyfriend.

Before the young woman mysteriously disappeared, she shared a cryptic post that said, "It's okay to cry."

After that, all her social media accounts went dark.

Norris first met Smith in April in Indiana and they bonded over tattoo artistry, Walker said.

"That's what she wanted to do, so it was a conversation starter," Walker said. "And he was helping her improve her technique."

A couple weeks later, she brought him home to meet her parents and introduced him as her boyfriend.

"That was a bold move," Walker said. "My husband is very protective over his girls, and she just showed up at our house with this 25-year-old man and said he was her boyfriend.

"It told me then that she was completely mesmerized by him."

Warning signs flashed throughout the first meeting, the worried mom told The Sun.

"He spoke really fast like he was on speed. He goes in and out of the house every 10 minutes for a smoke. My husband asked him if he like meth. Of course he said no, and Lateche was livid, but I'm glad he did," Walker said.

"There were other times when he did things like carry her purse. It was cute, but it was all a cover. It was an appearance," she said.

"Lateche is emphatic and strong willed. She's an advocate. She go after the bully," Walker said.

"She saw Joey as having anxiety, but it was possessive," Norris' mom said. "She couldn't get away from him."

BOOTS ON THE GROUND

Walker and her husband have been in San Diego posting signs and searching the areas where they knew she had been.

But they aren't getting a lot of help from San Diego police, Walker said.

"The police told us they don't believe she's at risk," she said.

But social media and their friends and family have been helping and sharing contact information.

They also started a GoFundMe to help with travel costs as the family follows leads.

Anyone with information on Norris’ whereabouts is encouraged to email [email protected], or call the San Diego Police Department at 619-531-2446 and reference case number 21-501043. 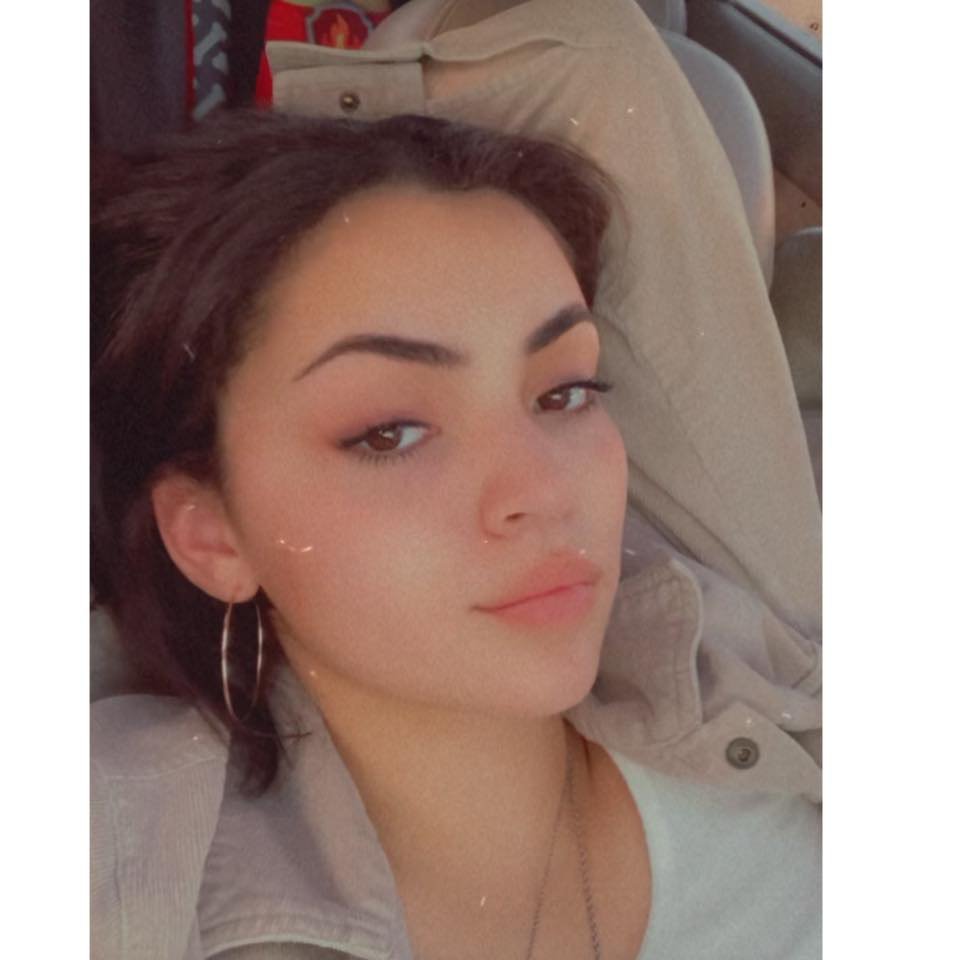 Woman, 83, fighting for life after jumping out of house window to escape 'arson attack'