A CARNIVAL acrobat has been hospitalized after falling off a spinning structure called the "Wheel of Death" in a daredevil stunt gone wrong.

The male performer, who hasn't been named, fell around 20 feet from the top of the wheel while performing at the Barnstable County Fair in Falmouth, Massachusetts on Wednesday night. 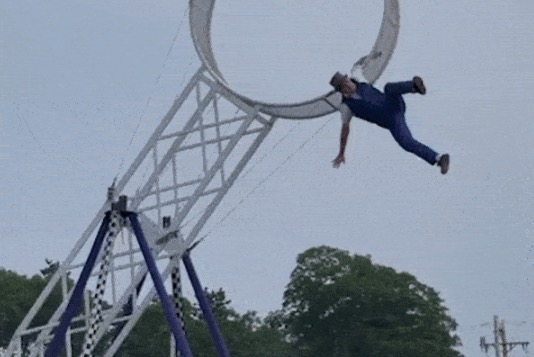 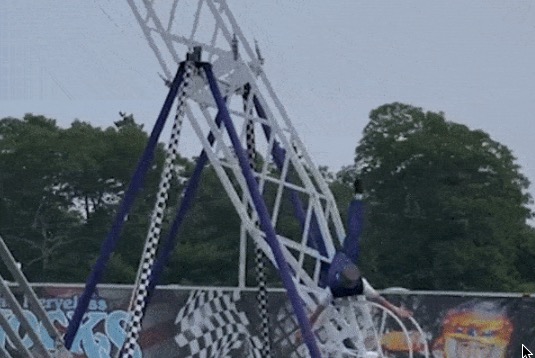 In the footage, the man can be seen performing in one of the wheel's two rotating hoops when he appears to lose his footing.

The man's left leg collapses beneath him and he tumbles off the wheel.

As he falls, he hits the top of the other hoop back-first as it spins around before plummeting to the ground below.

Numerous members of the crowd could be heard gasping and shrieking as the man hits the ground with a sickening thud.

The majority of those injuries were caused when the man hit the second hoop, Thrasher added.

The on-scene crew requested an ambulance at 5.46pm and the acrobat was taken to Falmouth Hospital.

Occupational Safety and Health Administration and state inspectors were notified about the incident, officials said. An investigation is currently underway. 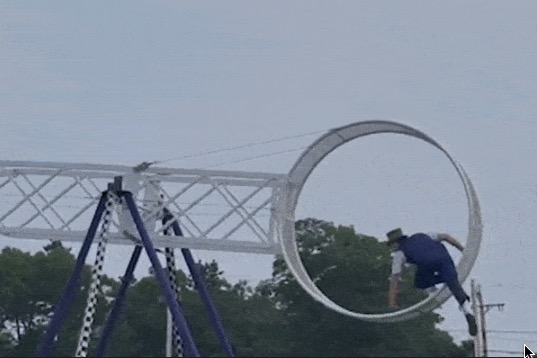 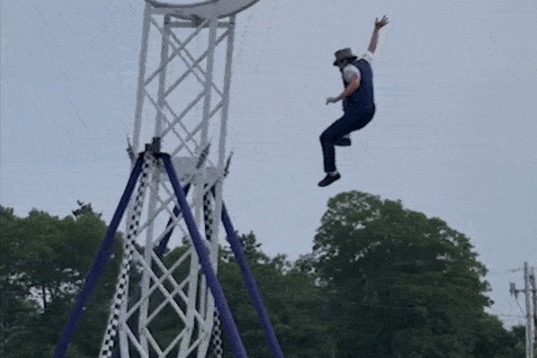 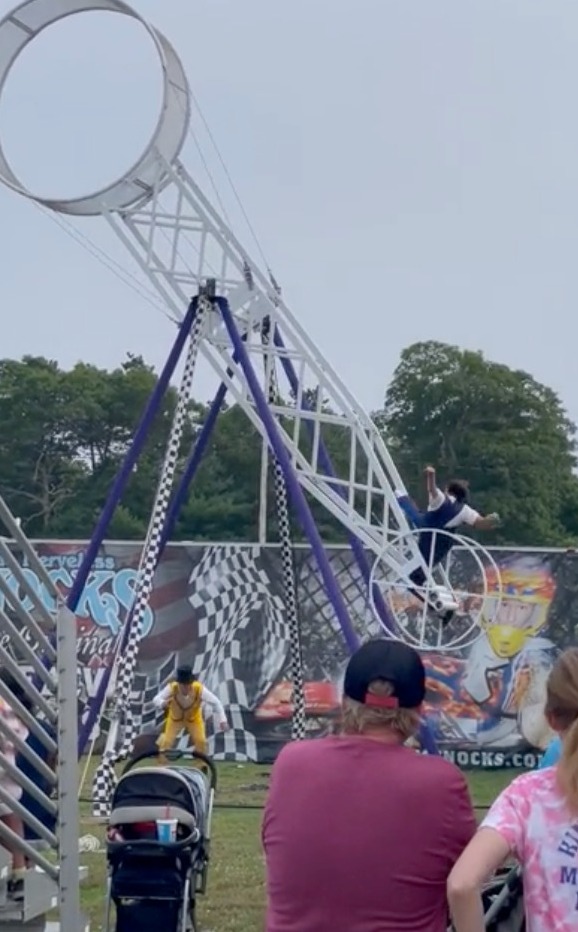