Shailem Dodson, 20, was kicked out of a popular nightclub after two women complained he was causing trouble, a court heard today. 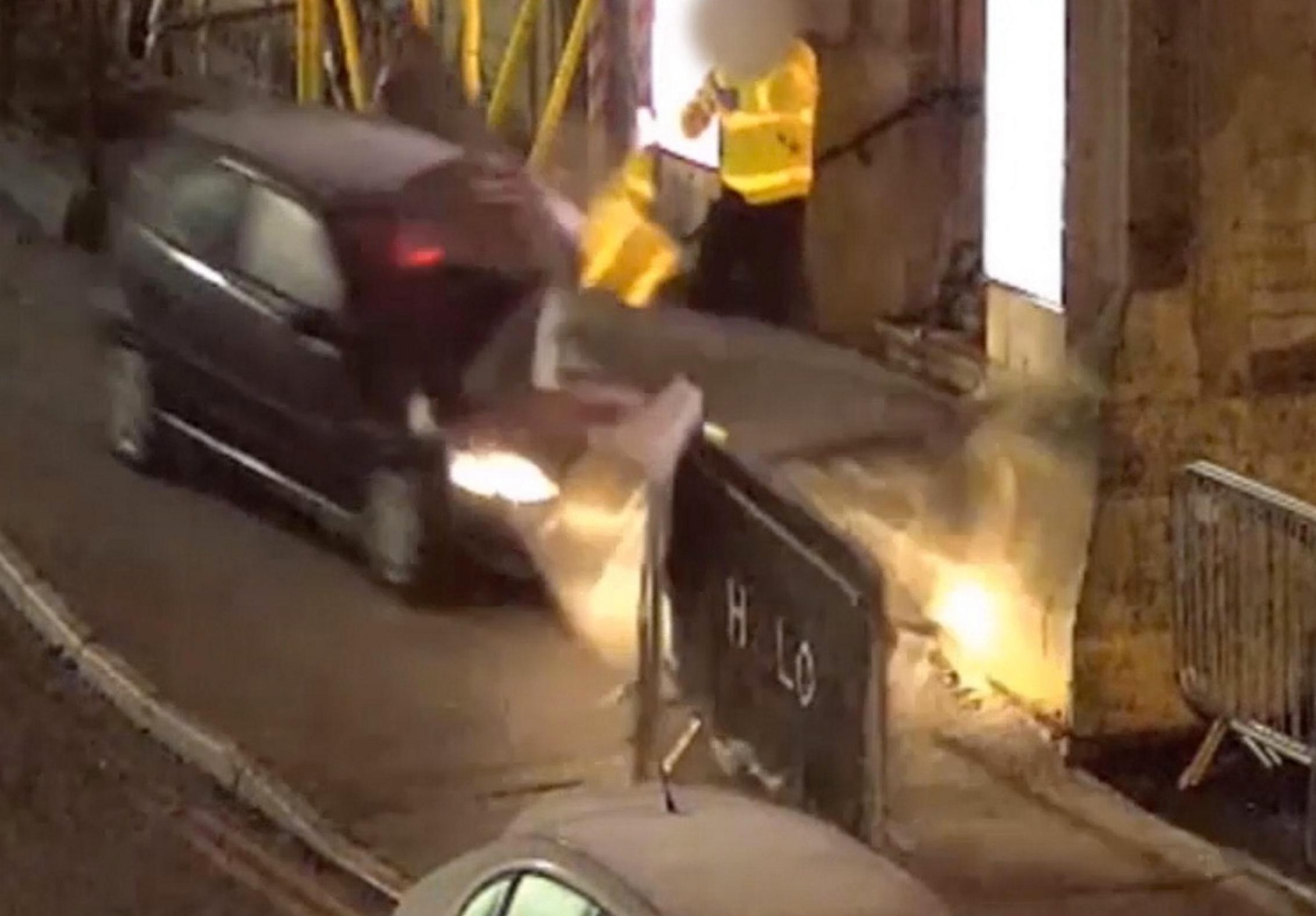 CCTV footage shown in court today shows Dodson mount the pavement in his black Vauxhall Corsa before ploughing through the railings and sending doorman Rafael Zanin into the air.

Dodson was found not guilty of attempted murder and attempting to cause grievous bodily harm.

Terrified onlookers rushed to Portuguese Mr Zanin's aid, as he lay on the floor bleeding from the head, while a second doorman punched Dodson to knock him to the ground as he attempted to flee.

The jury also saw CCTV footage of Dodson punching doorman Darren Peterson, before being restrained on the floor as he allegedly spat at and threatened to kill the nightclub security staff. 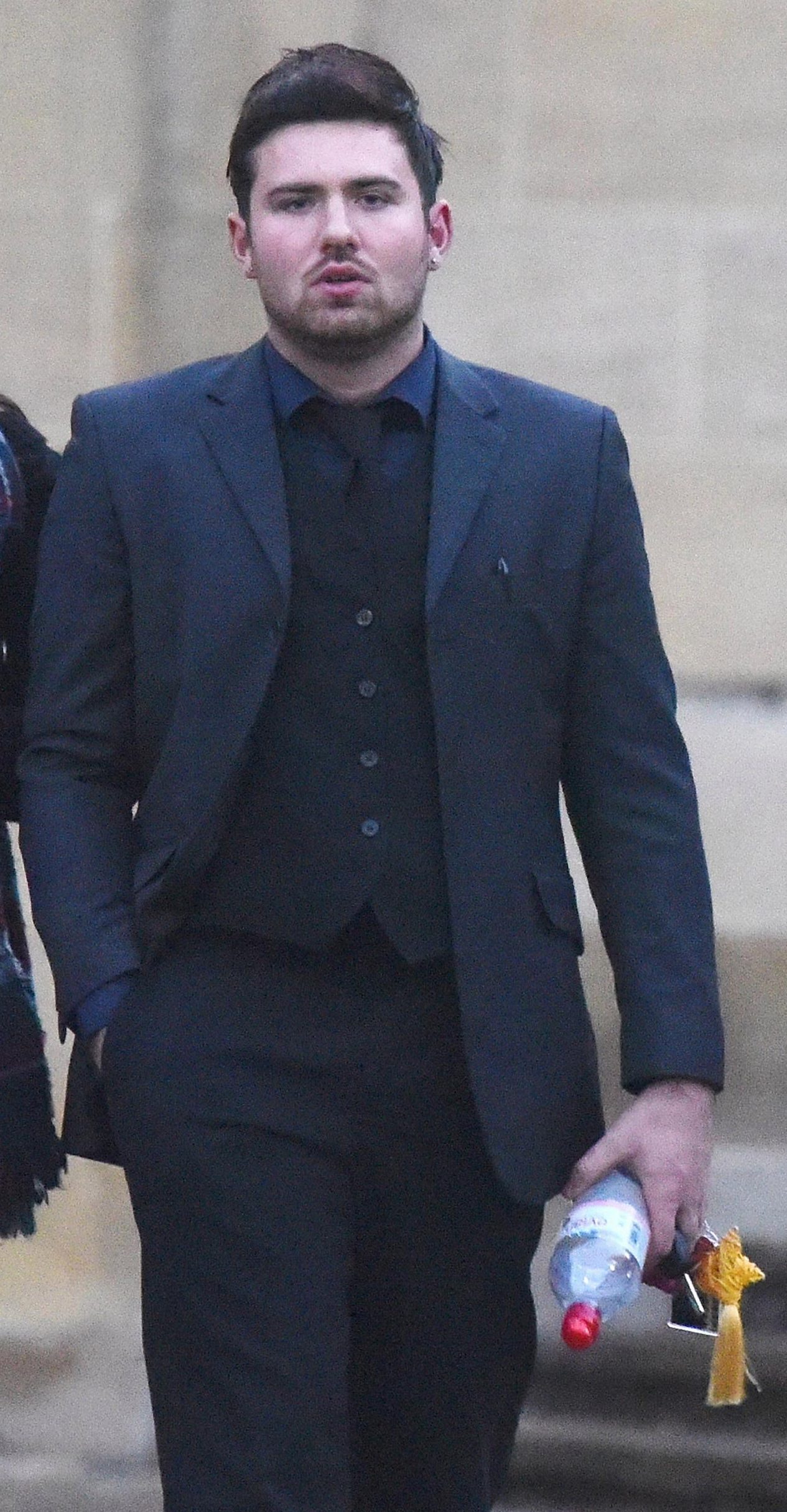 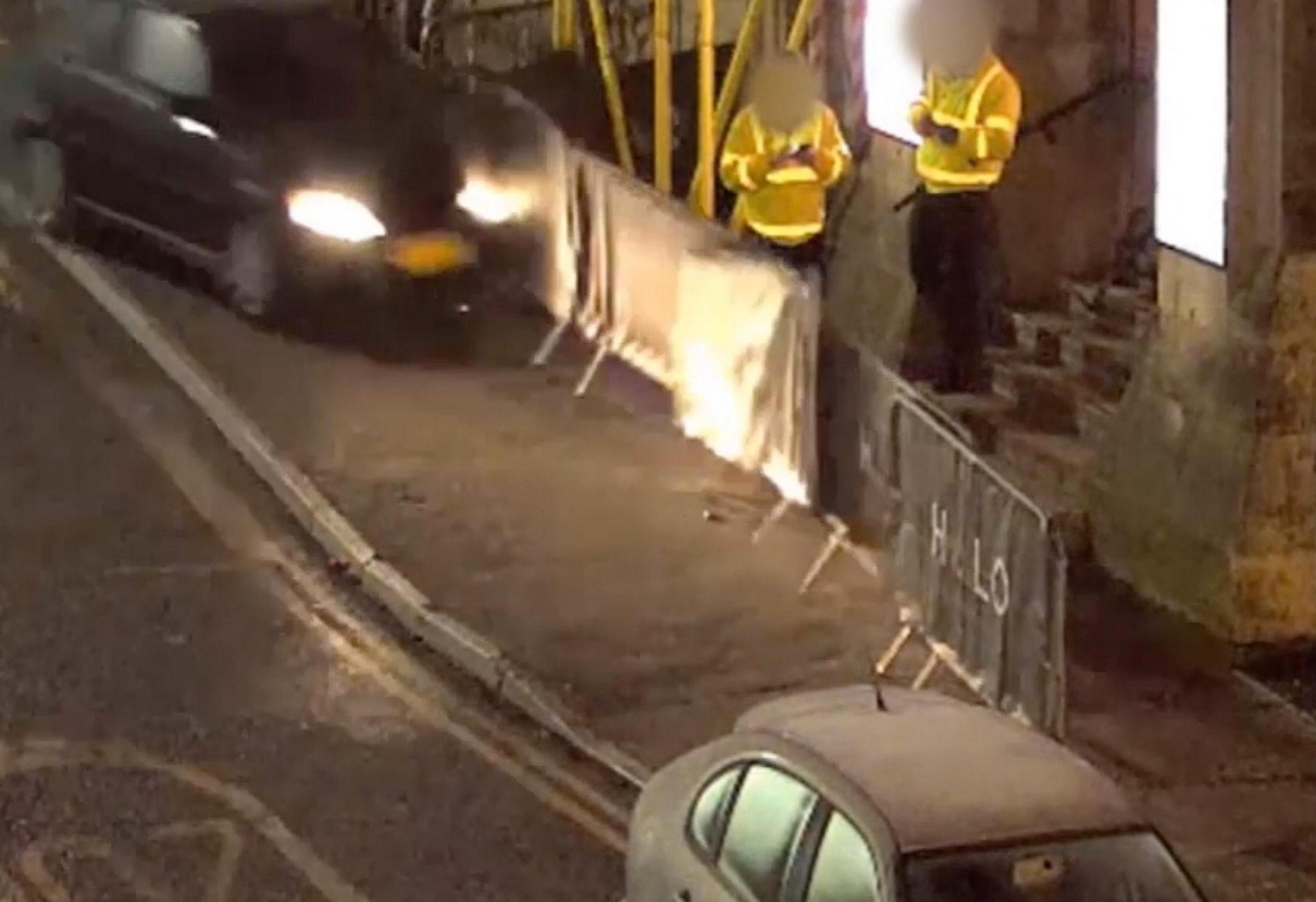 Prosecutors alleged Dodson “used his car as a weapon” in a "revenge attack" after being kicked out of Halo in Bournemouth, Dorset, around 2.30am on December 12, last year.

Winchester Crown Court, Hants, heard Mr Peterson had escorted Dodson out of the club, where he then became aggressive despite his friend trying to calm him down.

Prosecutor Rob Welling said: "Mr Dodson was intent on getting his revenge. He used his car as a weapon and drove into two doormen.

"One of those doormen, Rafael Zanin, was struck by the front of the car and launched into concrete steps behind him.

Giving evidence, doorman Mr Peterson denied he and his colleagues had been "heavy-handed" with the defendant. 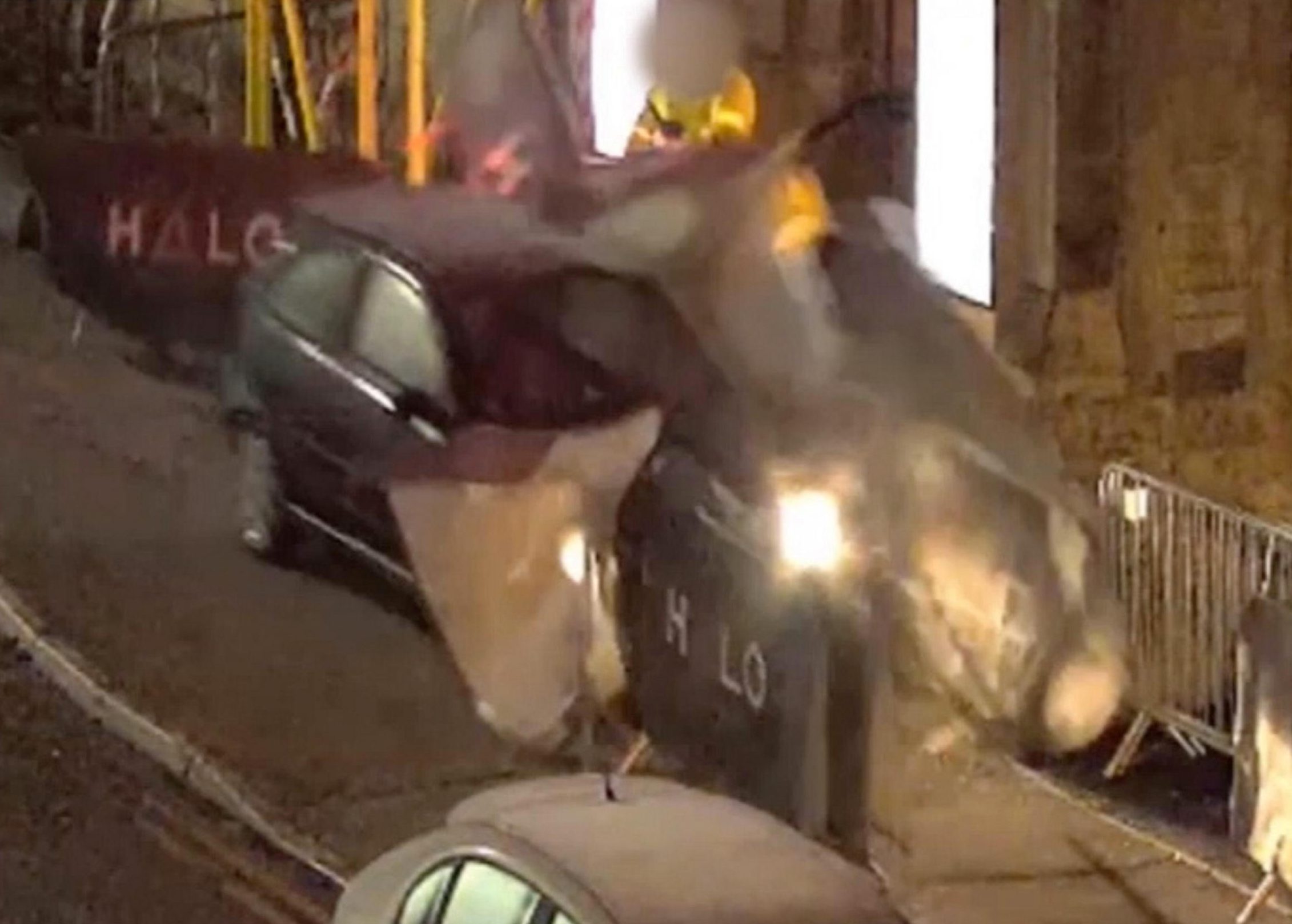 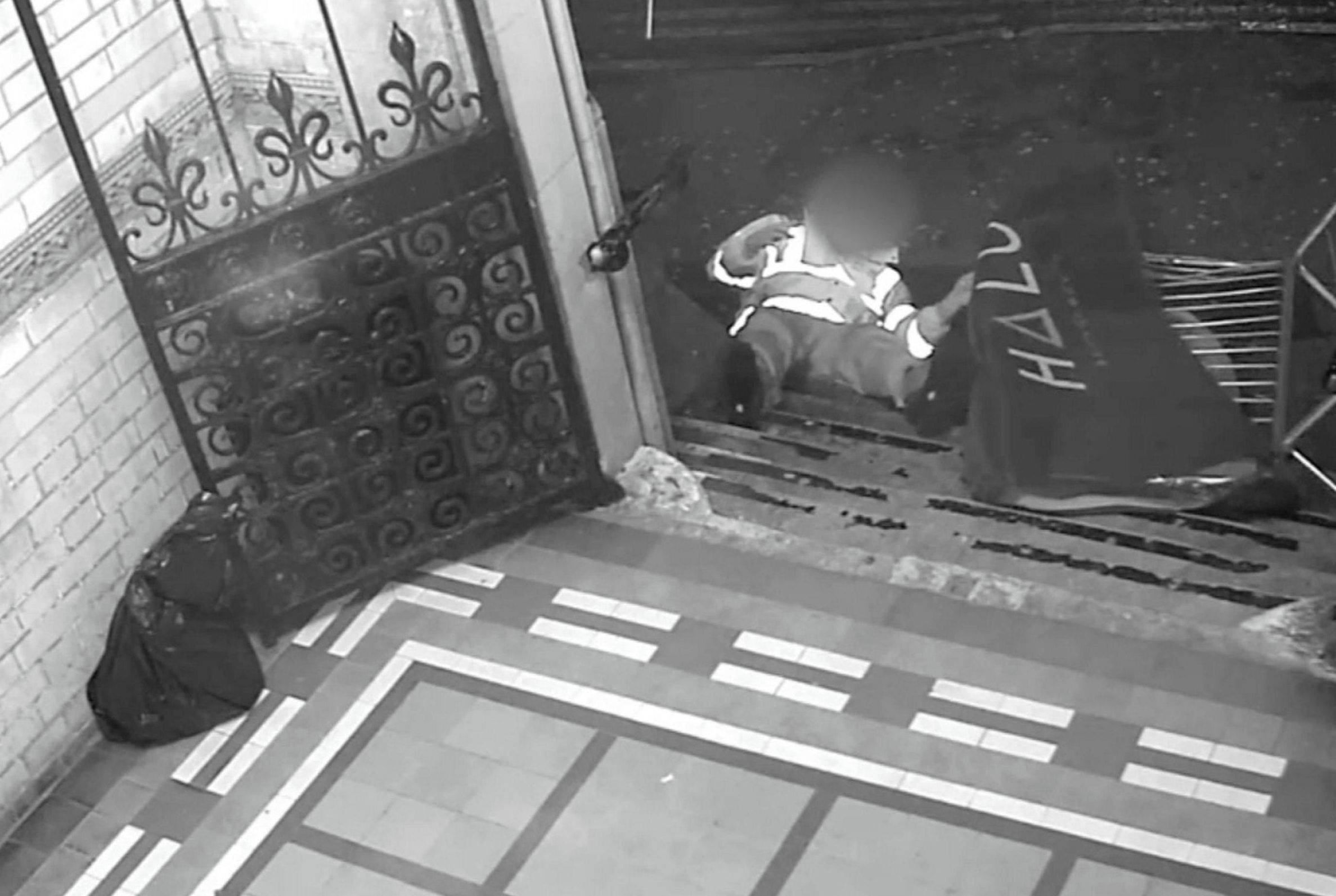 Mr Peterson told jurors Dodson had shouted "you wait, I will be back", adding the former soldier of two and a half years had said he would kill them.

The doorman said: "I went to talk to [Dodson] after a complaint was made by two women in the club.

"He went straight on the defensive, saying he had done nothing wrong.

"We wanted to restrain him and then hold on to him until the police came along and he was arrested or moved out the area.

"While we were restraining him, the suspect tried to bite us, threatened us with his family members, mainly his dad, but we hear that a lot. 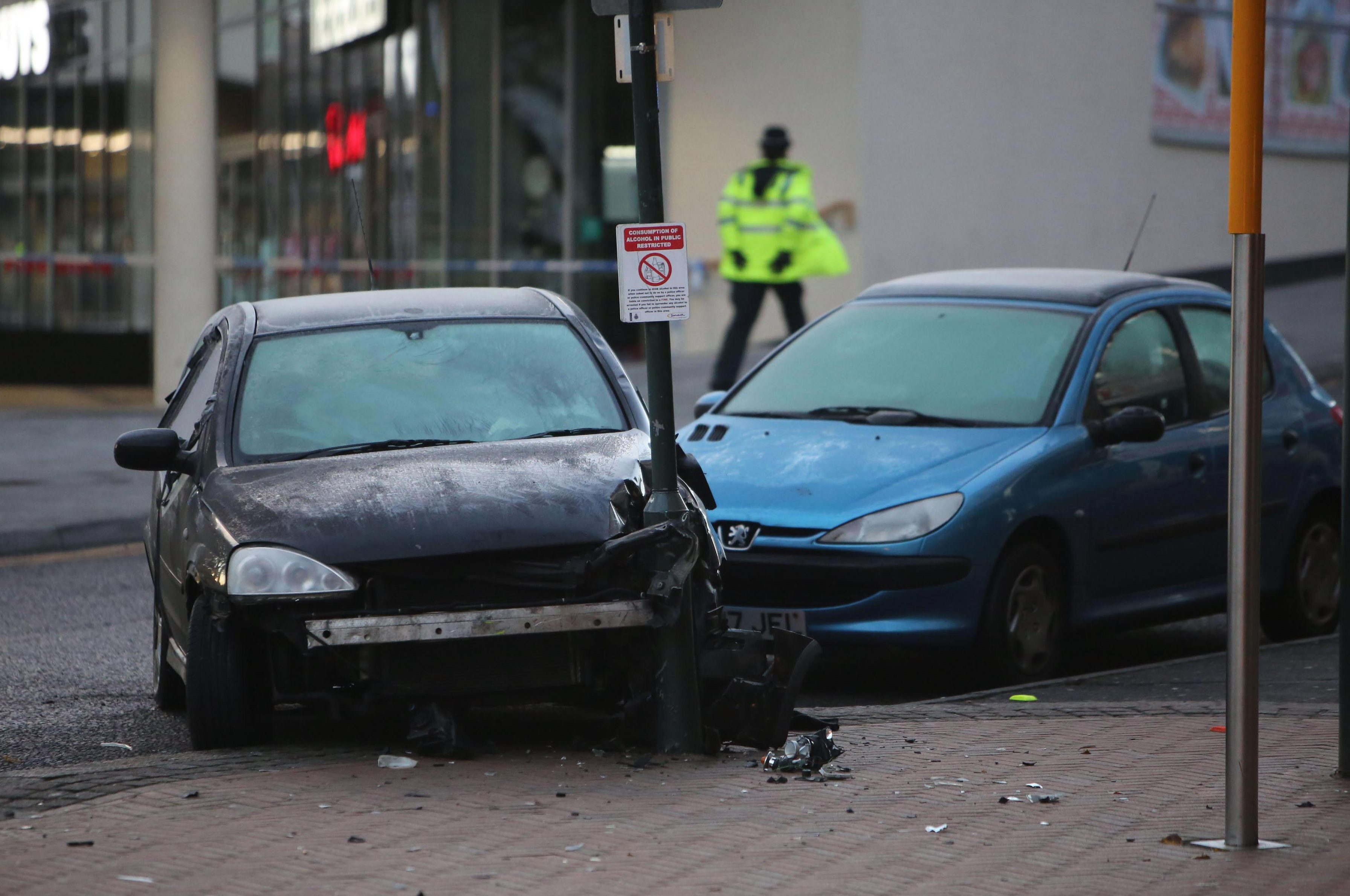 "He said he would come back and kill us. As he was leaving he was still very angry, shouting threats still. He said 'you wait, I will be back'.

Mr Peterson added: "When I went back into the club, I got just a few steps on to the dance floor when I got a call to get to the front door.

"I saw Rafa lying on the floor bleeding and saw a car had crashed into a lamppost, I thought it was a drink driver who had come off the road.

"Then I heard someone shout for help as they were trying to hold the suspect. I ran straight towards him and punched him with enough force for someone who had just run into one of my colleagues.

"Then I restrained him and he said 'kill me now. I have messed up, kill me now'. He was apologetic by this point."

The court has also seen footage of Dodson running away from his friend David Mallen as he returned to his parked car before getting behind the wheel and going back to the club.

The former soldier was released on bail.

Where is the Moderna vaccine made?

US coronavirus death toll tops 4,000 and cases near 200,000 as infection spike steepens – The Sun