THIS is the moment a Lidl manager refused to serve a pair of shoppers after they verbally abused him when he asked them to wear facemasks.

Shocking footage shows the couple saying that the worker is breaking the law – before he removes their items from the till’s conveyor belt in the budget supermarket in Cork, Ireland. 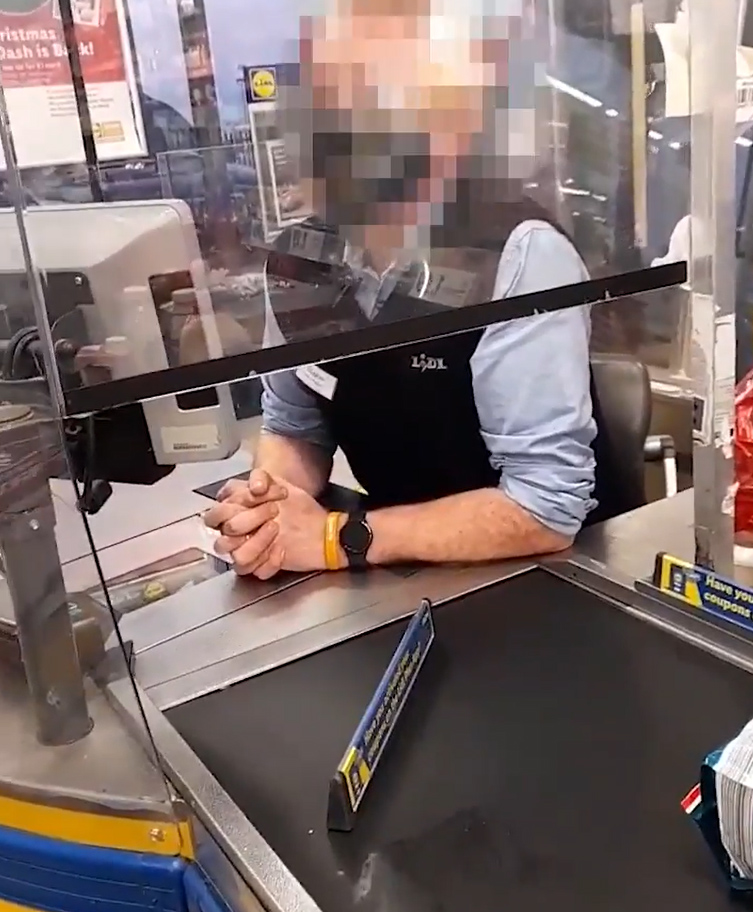 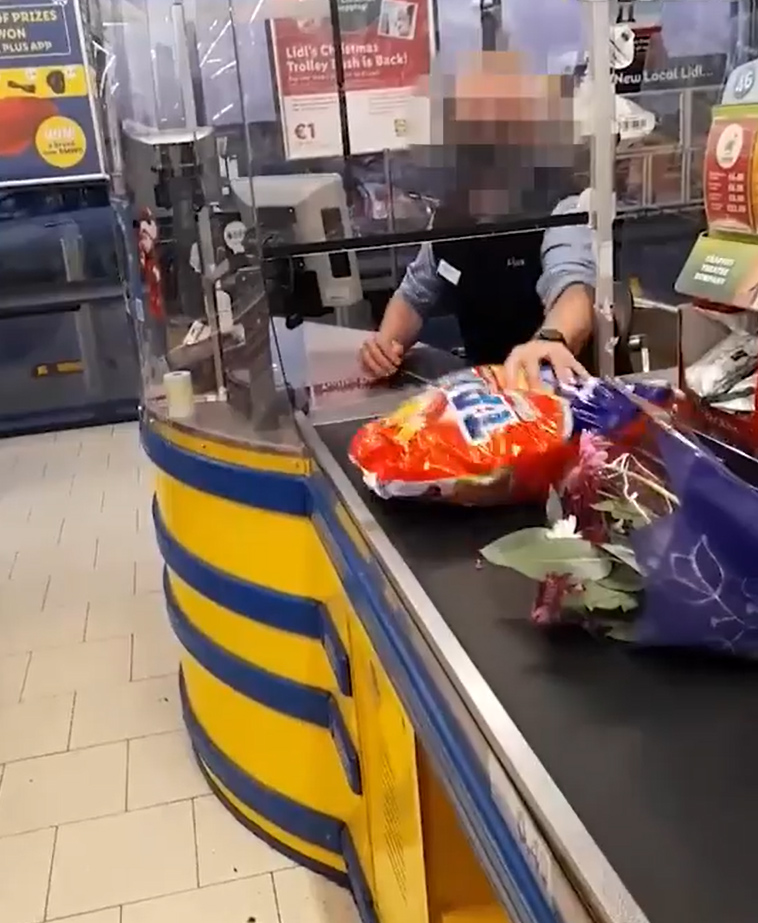 He argued that they must wear a mask or make staff aware of any valid medical reason that would make them exempt, reports Cork Beo.

But the customers argued back – saying that he had no right to demand their “private medical information.”

The manager is heard telling the pair: "All I'm saying to you is that your invitation to shop here has been removed."

He then took their multi-pack of crisps and bunch of flowers and put them behind the till and told them that he is the manager, and gave them his name.

He then said: "Thanks very much, have a nice evening”.

This comment riled up the shoppers, who then tells him that “this is discrimination.”

Earlier this week another video was circulating social media in which a man shouted homophobic slurs at a staff member of a popular Dublin cafe.

The man started yelling hurtful names at staff after he was asked to put on a face mask.

The man asked where he could buy a face mask when he started shouting at staff members and recording the incident on his own phone.

He is heard in the TikTok video using a number of homophobic slurs towards one staff member after asking him if he had any children.

Lidl issued a statement in relation to the Cork incident, which read: "There was an incident in our Charleville store where a customer was verbally abusive towards our store team.

"The Store Manager refused to serve the customer and asked them to leave the store.

"Lidl will not tolerate any abuse of our hard-working frontline teams who have diligently served their local communities since the onset of the Covid-19 pandemic.

"Lidl requires face masks to be worn, as per government guidelines, when shopping in our stores. Lidl’s signage clearly requests that any customers who have medical conditions, which would render them exempt from the legal requirements, should proactively approach a member of management to inform them of this.

"On this occasion, the customer did not make the team aware and subsequently became abusive."

Thurrock chose to leave the EU. Are voters there still happy?

Turpin kids are unable to access $600K in donations