This is the shocking moment a hero shopkeeper was stabbed in the neck twice as he fought off a burglar who tried to raid his store for Buckfast.

Zabbiullah Amiri wrestled with William Lauchlan over the counter at his Stop ‘N’ Shop in Paisley, Renfrewshire, as the thug tried to make off with two bottles of the fortified wine.

Lauchlan, 37, plunged a six-inch knife into the neck of the shopkeeper – known as Zabbi – twice during the botched burglary. 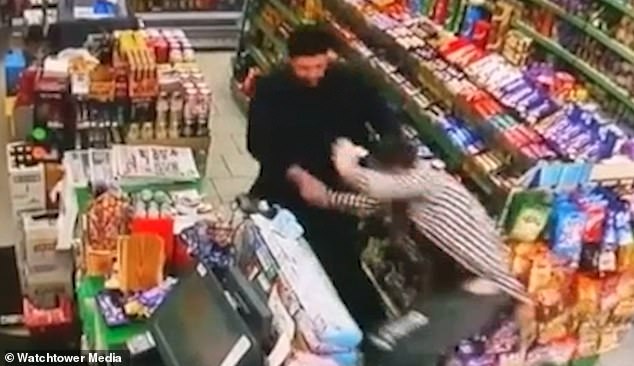 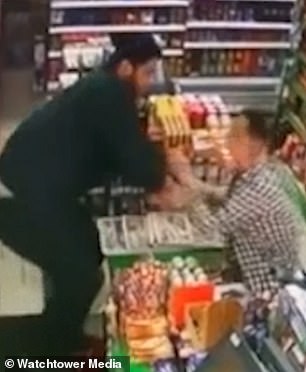 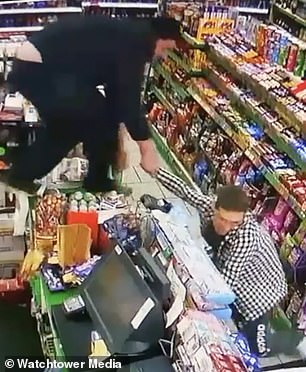 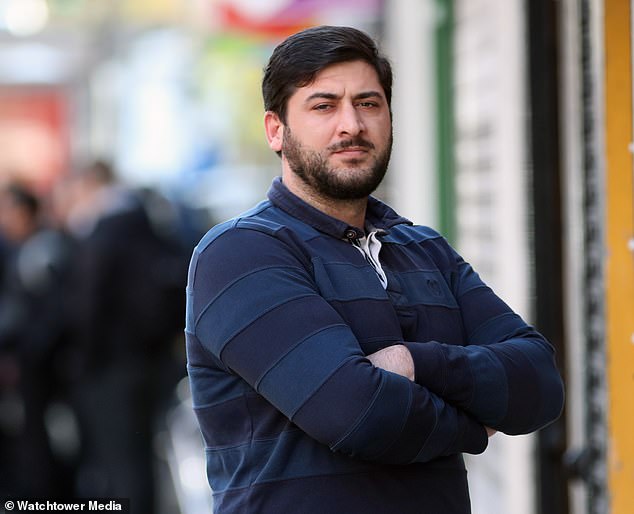 Zabbiullah Amiri – known as Zabbi – is originally from Afghanistan but moved to the UK when he was 15, and set up shop in Scotland in 2014 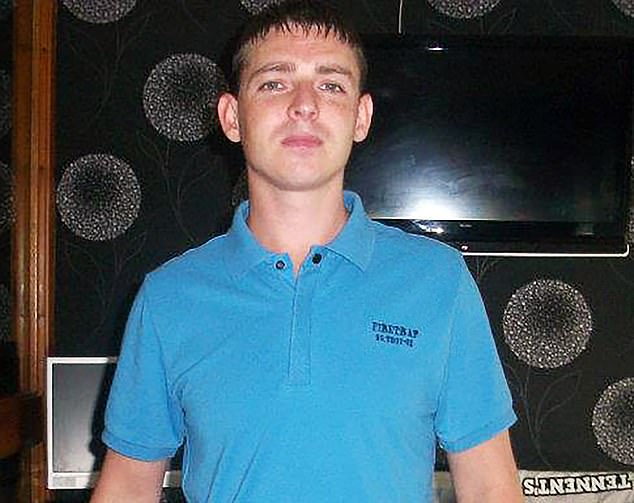 But despite his injuries, Zabbi, 32, was able to wrestle the blade from his attacker and restrain him for 10 minutes until police arrived.

In the CCTV, Lauchlan’s girlfriend can also be seen smacking Zabbi with a shopping bag as she tries to help he partner escape.

Lauchlan was jailed for 25 months for the attack on July 19 last week at Paisley Sheriff Court.

He was given a further three months for an earlier crime and the judge ordered 12 month supervision upon his release because he’s ‘a danger to the public’. 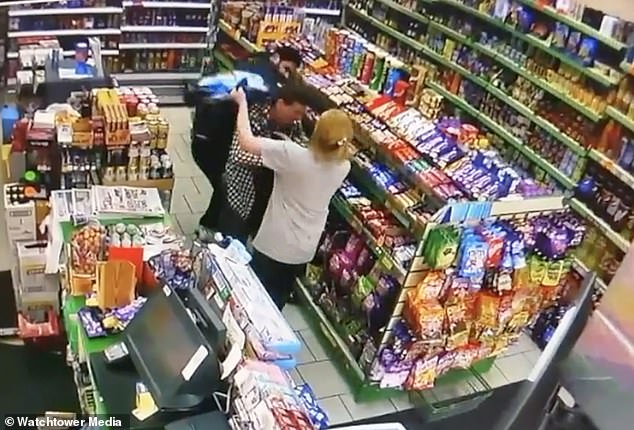 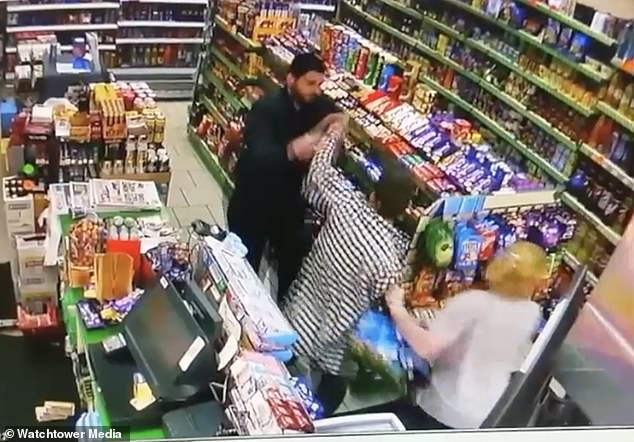 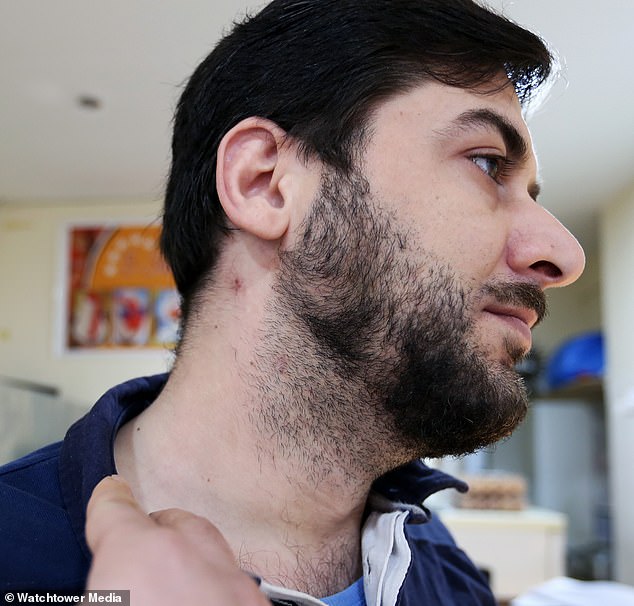 Zabbi, who is originally from Afghanistan but moved to the UK when he was 15, had to take a month off work due to his injuries.

He told the Daily Record: ‘Without paying the money they were trying to escape but I managed to hold the male and jump the counter.

‘While I was jumping the counter he stabbed me twice in the neck with a six-inch knife.

‘I managed to get his knife out of his hand and took control over him and took all the items they were trying to steal.’