Mother, 43, and stepfather, 42, are found guilty of imprisoning autistic son, 22, who was found weighing just SIX STONE and ‘close to death’ in locked attic bedroom covered with faeces and vomit

A mother who brutally locked up her autistic son in an attic bedroom and left him ‘close to death’ has been found guilty along with her husband of false imprisonment.

Lorna Hewitt, 43, and her husband Craig, 42, imprisoned Matthew Langley, 22, in the attic of their family home for seven months.

Mr Langley was found severely dehydrated and weighing just six stone (39kg) when he was finally rescued from the vomit and faeces-ridden room at the house in Sheffield, South Yorkshire.

The Hewitts denied keeping him captive at their home for seven months, but both were today found guilty following a trial at Sheffield Crown Court.

The couple were also found guilty of causing or allowing a vulnerable adult to suffer serious physical harm.

The court heard Matthew was found by paramedics seriously underweight, dehydrated and ‘with his life hanging in the balance’. 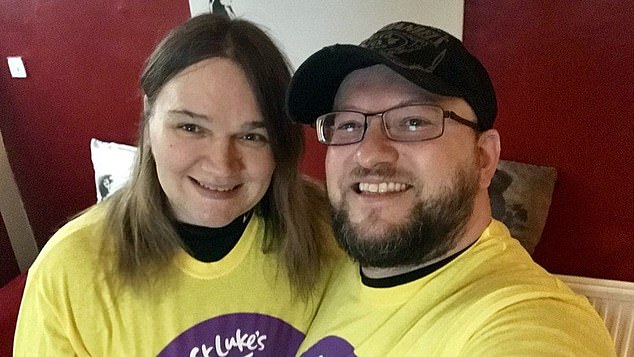 Lorna Hewitt, 43, and husband Craig, 42, kept her autistic son Matthew Langley, 22, malnourished and locked up in an attic bedroom of their Sheffield home for seven months 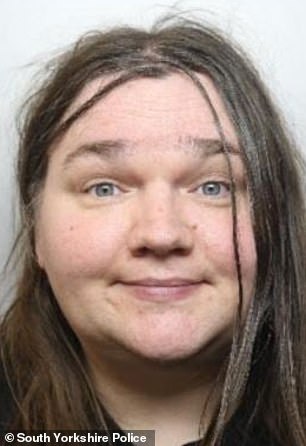 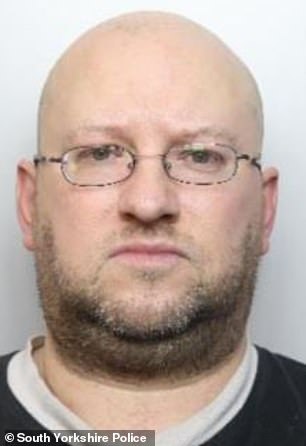 The couple were both found guilty today at Sheffield Crown Court of allowing serious injury to a vulnerable adult and false imprisonment. They will be sentenced at a future date

Nicholas Campbell QC, prosecuting, said the ambulance service was called to the home in Sheffield, South Yorkshire, in the early hours of June 2, 2020.

Matthew was rushed to a hospital intensive care unit in a ‘pitiable state’ with abrasions indicating he had been moving around on all fours, the prosecutor told the court.

He had suffered damage to a kidney with high sodium levels relating to severe dehydration, it was heard.

‘They were so high they could shut down his brain and kill him. Anything above 145, there is a real chance of death.

‘The Home Office pathologist examined the injuries and said the abrasions and bruises were consistent in his view with Matthew having been crawling on all fours over objects in his path.’

Police had found faeces and vomit in Matthew’s attic bedroom all over the floor and the bedding along with buzzing flies, a bad smell and a key on the outside of the door, the court heard.

Matthew, who has suffered with irritable bowel syndrome, incontinence, arthritis and learning difficulties, had weighed only 39kg (6st) when he was found, Mr Campbell said.

Lorna Hewitt (left) told the jury her son stopped having respite stay-overs because he became fed up of going to the care centre, while her husband Craig chose not to give evidence

However, Mr Campbell said Matthew made a good physical recovery thanks to the hard work of medical professionals and when he was discharged from hospital he weighed 55kg.

Craig Hewitt told police his wife Lorna had found Matthew upstairs lying on the floor and he claimed Matthew had been fed and that he ate in his room.

He also claimed after police found a key on the outside of Matthew’s bedroom door that there had been locks on the internal doors because their home used to be a student accommodation.

Mr Hewitt stated to police that his stepson Matthew had only been locked in at night because he would go downstairs and set off security alarms.

Lorna Hewitt chose to give no comment answers to all questions asked by the police, the court heard.

Mr Campbell told the jury: ‘It’s a matter for you that you may think that as the pressures grew they were prepared to gamble with his health in order that he would be taken off their hands and be looked after by others.’

Mr Hewitt chose not to give evidence during the trial but his wife Lorna told the jury her son stopped having respite stay-overs because he became fed up with going to the care centre.

But Mr Campbell claimed if they had not cancelled the respite care stays he received he would never have ended up in hospital fighting for his life.

Mrs Hewitt said during the end of Matthew’s time at the care home he was not enjoying himself and she assumed he was getting fed up and wanted to come home and he did not want to go out as much.

She also said she had been anxious leaving Matthew alone on a couple of occasions but there were no other times when he was left alone and she tried to make him as safe as she could.

Mr Campbell said the couple had started locking Matthew in his room at night but Mrs Hewitt claimed he had been left downstairs when they went out.

The jury today found them guilty after deliberating for a day. The pair will be sentenced at a later date.

Kellogg to focus on snacks with surprise three-way split