Mary Pershall calls it Black Sunday; the day in November 2015 she learnt her mentally-ill daughter had killed the kind, elderly housemate she saw as a father figure.

“So many feelings were clashing around in my head I thought my brain would implode,” Ms Pershall told the Royal Commission into Victoria’s Mental Health System. 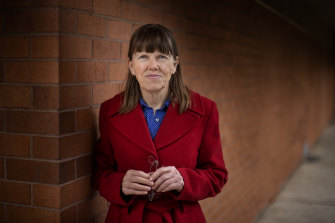 “I wanted to line up all the authorities we had met from the mental health system and scream at them, ‘Again and again you turned her away. You refused to contain her. You said she wasn’t bad enough. Well, now she’s murdered someone. Are you finally convinced that she’s bad enough’?”

For years Ms Pershall had tried to get help for her daughter, Anna Horneshaw, who struggled with mental illness and dependence on ice, alcohol, synthetic cannabis and prescription medication.

Last week Ms Pershall listened to royal commission chair Penny Armytage echo so many of her views on how a broken system had catastrophically failed people with mental illness and their families.

People were turned away from services, the royal commission found, families and carers were left out and people living with mental illness and addiction found it particularly difficult to access services.

It recommended a fundamental reform of the system, with the mental health act to be repealed, a new independent authority created to hold the government to account and up to 60 new local mental health services.

The Victorian government has committed to implementing all 65 recommendations.

“One of the key parts is early intervention and I think that would have been really helpful for Anna,” Ms Pershall says.

“For teenagers coming into the system now, if that could be different that would be wonderful. Because the further a person goes down the track towards mental illness, the harder it is to help them.” 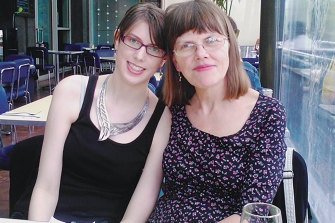 Ms Pershall says she and her husband had begged for help for their daughter and in the end Horneshaw herself pleaded to be contained. For years they were told to stop being drama queens, to take her home, to set boundaries.

“Just not being listened to as a family and her primary carer was just devastating really.”

She recalls one of the most awful days of her life when, after an argument with her father, Horneshaw, who was then in her early 20s, grabbed a large cooks knife and thrust it towards her chest, screaming that she wanted to die.

Horneshaw was taken to the emergency department of a major hospital but was told she would not be admitted. “The nurse looked at me and asked ‘What good would a few days in the psych ward do?’,” Ms Pershall wrote in her submission.

By 2015 Ms Pershall says her daughter had plummeted into an almost constant state of psychosis.

On November 22 of that year Horneshaw – who was then 27 and four months’ pregnant – fatally stabbed her housemate.

She was sentenced to 17 years’ jail for murder with 13 years’ non-parole. Ms Pershall says it is only now – in a maximum security prison – that Horneshaw is finally getting the help she needs.

Horneshaw was a “dreamy child who loved bugs and reruns of The Addams Family [and] related endless stories from her amazing imagination”. But life was hard for their “quirky girl”, her nights were plagued by ghosts and she struggled to make friends at school.

As an anorexic teenager Horneshaw received excellent help through the Royal Children’s Hospital but that cut out when she was 18, and it is then, her mother says, that the real trouble began.

“Anna just could not function as an adult. The ghosts who whispered to her as a child turned into howling demons and she tried to silence them with drugs.”

But time after time Horneshaw couldn’t get into either rehab or a mental health facility because she struggled with both mental health and addiction.

The royal commission recommended at least one emergency department suitable for mental health and alcohol and other drug treatment in every region by the end of 2022.

It also recommended that all mental health services do not exclude people living with substance use or addiction from accessing treatment, care and support.

“I think it’ll be difficult and complicated process but I just have to hope what [Premier] Dan Andrews said … it’s not just fixing a few problems, it’s rebuilding a new system from the bottom up. And I just want to believe that that’s true.”

Ms Pershall says she supports a levy to pay for the new mental health system, something recommended in the Royal Commission’s interim report, to which the government has agreed.

“If you just take Anna for an example, look at how much money it costs the taxpayer to keep her in prison,” Ms Pershall says.

“It would have only taken a fraction of that to provide her with supported housing for example and some ongoing help for her mental illness. And that’s just one person, because the prison is a catch all now for people who can’t function.”

Black Lives Matter protest: What time is take the knee tonight, June 10, in the UK? – The Sun

Donald Trump offered Julian Assange a PARDON if he said Russia was not behind Democrat email leaks, court told – The Sun