A mother has vented her fury after her daughter was given a detention warning for her skirt being too short.

Tammy Humphreys’ daughter arrived home from Ysgol Eifionydd in Porthmadog on Monday with a note from the school saying she would be sent to detention if she wore the same outfit again.

The black skirt was deemed too short as it was above the knee rather than being knee-length as the school’s uniform policy states. 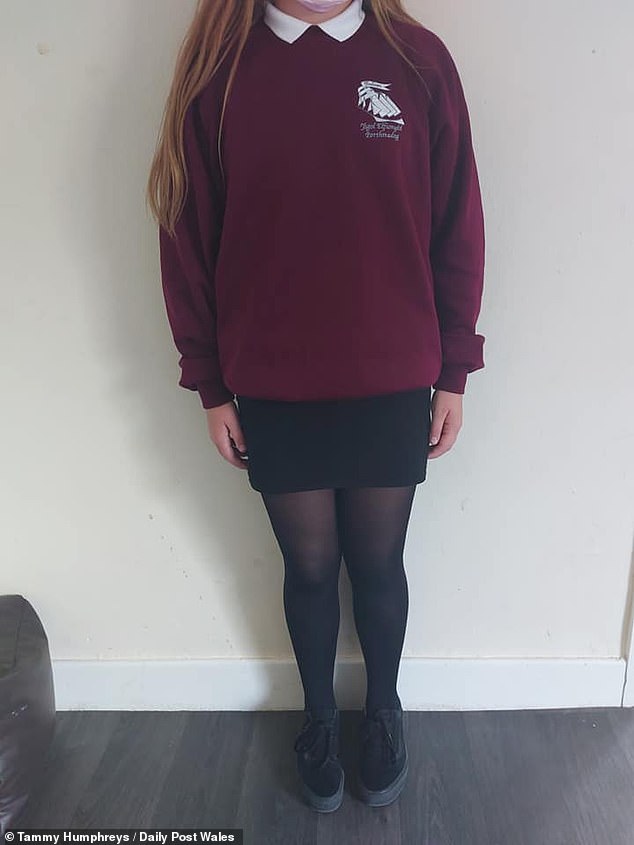 Tammy said she ‘couldn’t believe it’ when her daughter told her she would be sent to detention if she wore the skirt again.

She said it was the same type of skirt her daughter had worn the previous year, but a size up.

The Year 8 pupil is one of 18 students at the school who were given a detention warning over their uniform on the first day of the new school year on Monday.

Tammy said: ‘My daughter returned from her first day back in school on Monday and told me she had been given detention for her uniform, which didn’t make sense to me as she looked completely fine.

‘Then I found that a few other pupils had been given detention for the same reason – with one pupil warned for wearing ankle socks.

‘Some of the others, I’m told, were given detention for wearing piercings, too much make-up and trainers, which is more understandable.

‘But I just can’t see the issue with the uniform my daughter had on. She had black shoes, plain black tights, a jumper that’s slightly big for her and a skirt that sits at a reasonable height just above the knee.’

The letter Tammy received said that her daughter would be in detention after school on Wednesday until 4.30pm if she had to be warned another two times about the skirt.

The headmaster, Dewi Bowen, said the detention period has now been shifted to lunch time on Wednesday and will only apply to pupils who receive three ‘strikes’ over their uniform. 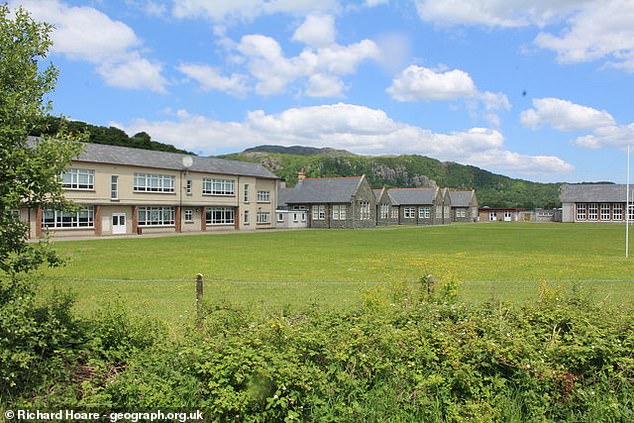 The school’s uniform policy prohibits ‘unacceptably short skirts’ as well as ‘jeans, leggings or tracksuits’ and ‘trainers or shoes with white coloured marks, logos or soles’.

False nails, make-up (with some exceptions) and unnatural hair colouring are also prohibited.

But Tammy disagreed with that her daughter’s skirt is ‘unacceptably short’ and says she will not be changing anything about her daughter’s uniform ‘because it’s clearly fine’.

‘She wore the same type of skirt throughout last year and there were no issues – it’s ridiculous,’ she said.

‘I’ve been sent a letter and an email saying that her uniform is not correct as her skirt’s not the right length and that she’ll be sent to detention if it’s not changed.

‘I’ve refused to sign that letter and told them they can take her shopping if they want.’

Mr Bowen said: ‘Ysgol Eifionydd has a school uniform policy in order to ensure that pupils have a feeling of belonging and to ensure an ordered and calm atmosphere.

‘In April, when pupils returned to school, we concentrated on ensuring the pupils were comfortable and supported.

‘Since returning in September, as a school we felt it important that we return to normal including ensuring the correct school uniform.’

All parents have been informed of the school uniform rules in two letters before the summer holidays as well as a reminder before pupils returned on September 6.

‘This explained that breaking the school rules are dealt with in accordance with the school’s disciplinary policy and that of course, when pupils conform then any sanction is rescinded.’

Orthodox Church under fire in Romania after baby dies during baptism