Motorist caught driving 4×4 vehicle along RAILWAY line in stunt that caused eight-hour delay for passengers and £23,000 damage is jailed for 15 months

A idiotic motorist has been jailed after driving his car along a railway track through a train station – causing huge delays and thousands in damages.

Shocking footage shows Aaron O’Halloran, 31, taking his 4×4 down the line past Duddeston station in Birmingham.

A court heard he drove his vehicle through a gate at around 7.30am on May 9 before he proceeded half a mile along the live track towards Aston.

O’Halloran then abandoned the Mitsubishi Shogun across the line and fled the scene. 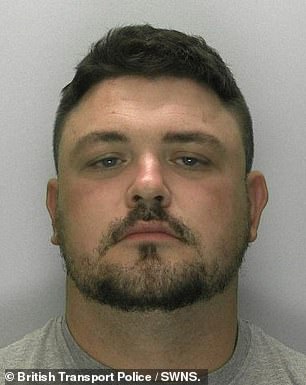 Aaron O’Halloran, 31, was jailed for 15 months at Birmingham Crown Court for the incident

The incident caused £23,000 worth of damage and passenger delays of up to eight hours.

Officers found a mobile phone inside the car and traced it back to him.

He refused to comment during police interview, only denying it was him driving the vehicle when shown the extraordinary CCTV footage.

Security cameras captured the vehicle driving through the station next to the platform edge as it made its way along the tracks.

O’Halloran, of Handworth, Birmingham, denied endangering people on the railway, dangerous driving, driving while disqualified and using a vehicle without insurance.

He was found guilty following a trial at Birmingham Crown Court and was jailed for 15 months and ordered to pay a victim surcharge of £156 on August 23. 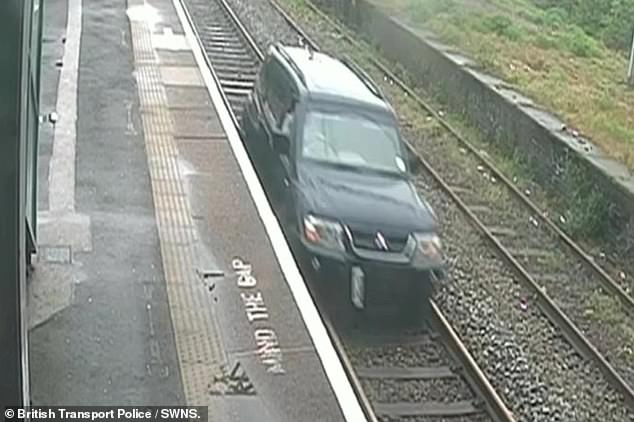 Detective Inspector Raymond Ascott, of British Transport Police, said afterwards: ‘This was an immensely dangerous and senseless act by O’Halloran which caused significant risk to passengers and damage to the railway.

‘The sentence handed to him reflects the severity of this crime and we are thankful no one was injured as a result of O’Halloran’s alarming behaviour.

‘He’ll now have plenty of time to reflect on his idiotic actions in prison.’

When do we stop lockdowns and live with the virus? When we hit Covid-23?