MOURNERS were shut inside a cemetery today by cops after a man was stabbed to death.

The man was attacked at Kensal Green Cemetery in West London. 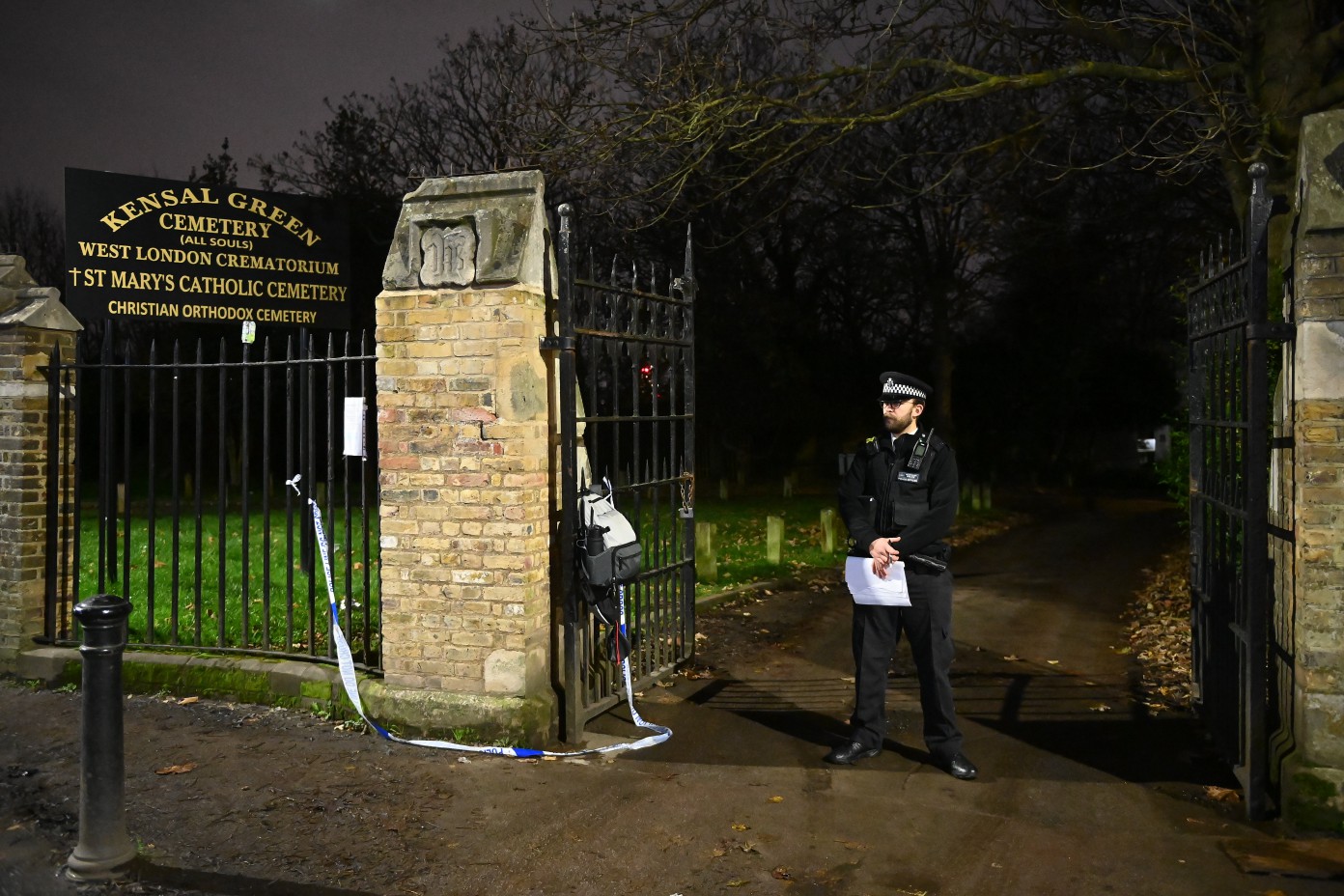 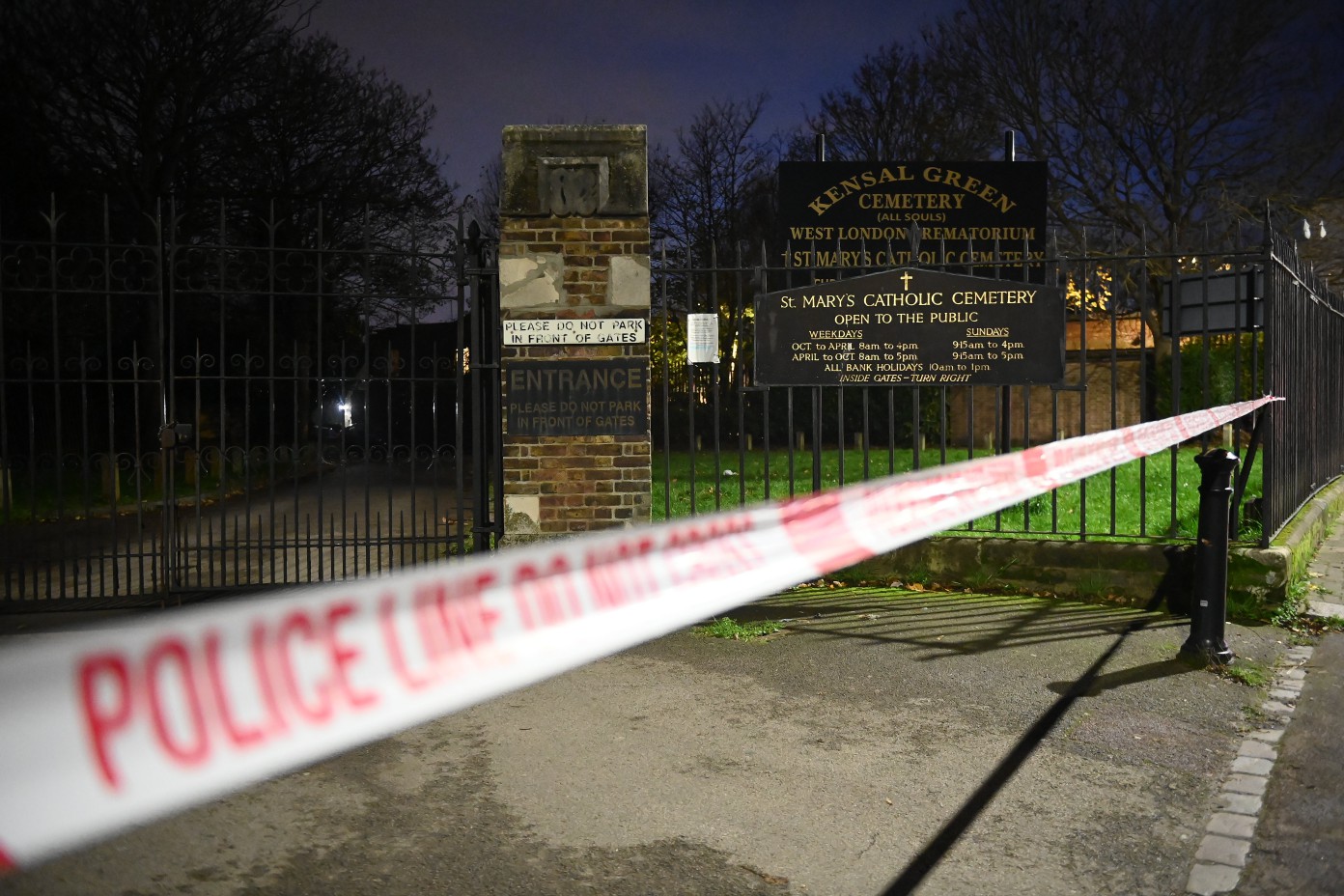 Armed cops were called to the cemetery at 2pm today and cordoned off the area as they scoured the crime scene.

"Despite the efforts of emergency services he was pronounced dead at the scene.

"Enquiries are ongoing to trace his next of kin."

Mourners at the cemetery were not allowed to leave while cops investigated, MyLondon reported.

A 50-year-old man was arrested in relation to the stabbing, and he remains in police custody.

Cops are still in the area searching for more information on the fatal attack.

A witness told MyLondon that four cop cars raced to the scene at the time of the stabbing.

They said: "I tried to get a picture but the police hurried me off – now there's a helicopter circling." 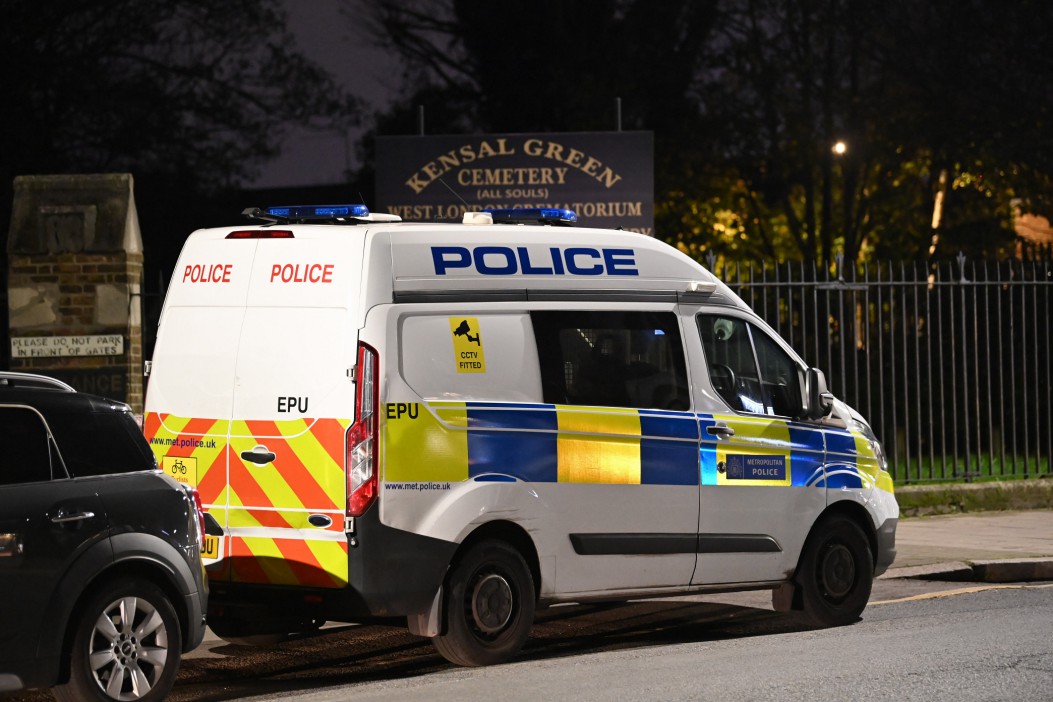