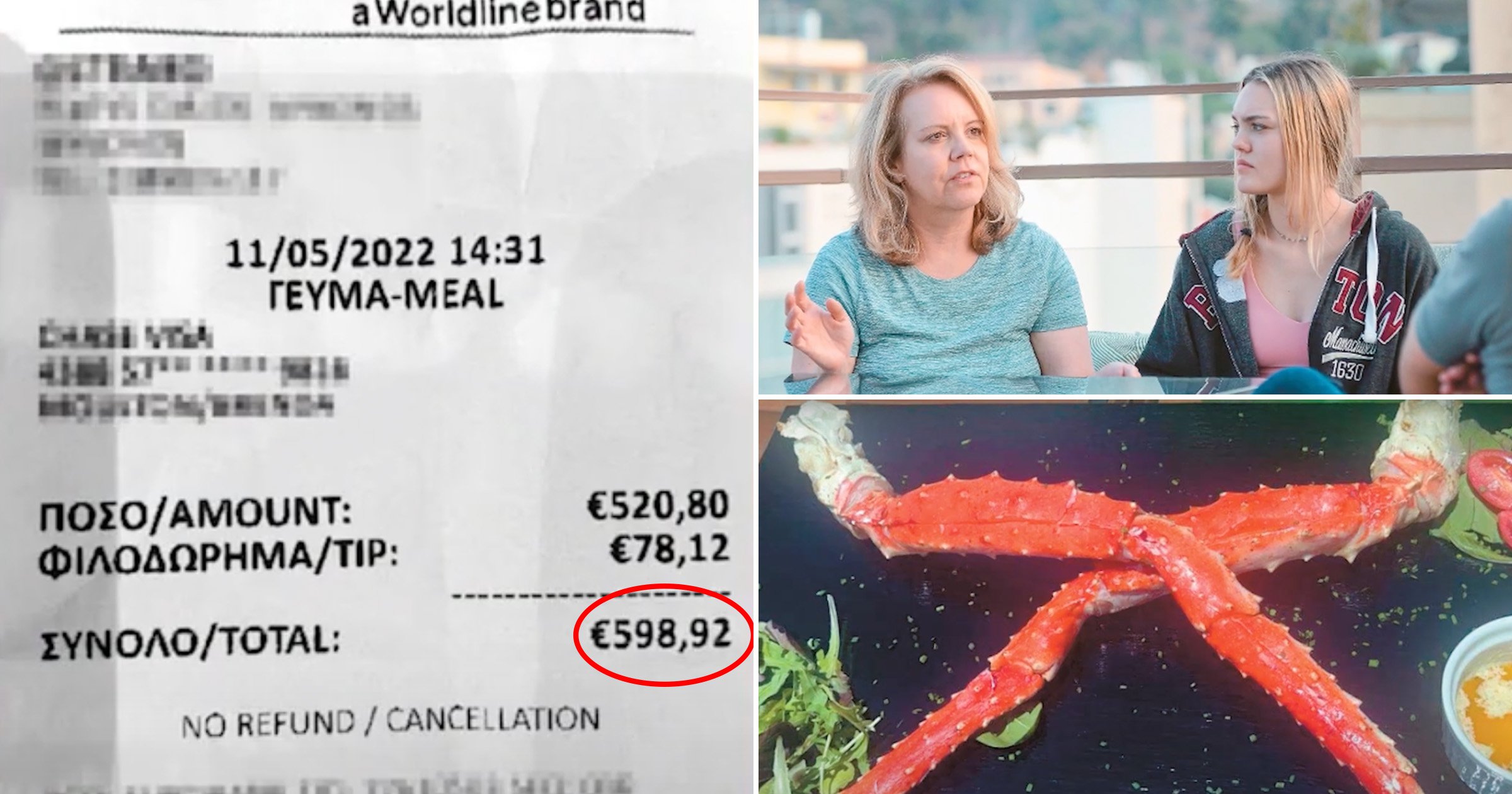 A mum and daughter have claimed they were left scared and out of pocket after being charged €598.92 for two crabs’ legs and two mojitos at a Mykonos restaurant.

Brenda Moulton and her 19-year-old daughter Keila, both from America, were looking to spend an idyllic day on Mykonos’ famous Platys Gialos beach.

But the pair say their day turned sour when they felt intimidated by staff at DK Oyster and then handed a huge bill.

Brenda and Keila say the drinks and food they ordered could not have justified the three-figure sum they were charged but do admit they sat on the restaurant’s deck chairs for two hours.

They claim that when they questioned the bill they were threatened by staff who told them they would call the police if they did not pay up.

‘[I told them] ”two mojitos and two crab legs can not make 600 euros. I will not pay you,”‘ Brenda reportedly told the Greek outlet Thema.

‘He then told me verbatim: ”I will call the police. They will keep you here and you will not return to your homeland.”’

In response to the allegations DK Oyster told Thema ‘absolutely no violations had taken place’ and staff at the third generation company ‘do not threaten’ customers.

Brenda and Keila allege their ordeal at the oyster bar on May 13 started when they were approached by a member of staff and invited to sit on the restaurant’s deck chairs.

Brenda said the pair initially declined the invitation but did eventually sit down after the member of staff became ‘more and more persistent’.

‘Sit here, have a drink and you will have these sunbeds at your disposal for free. It is noon, there is no problem,’ the staff member allegedly told the pair.

After sitting down Brenda and Keila say they asked for a menu to order some drinks at which point they were given a copy without prices.

‘We were constantly asked if we wanted to order something to eat,’ Brenda told Thema.

‘Keila and I were not hungry, but we decided to try something from the list, hoping that they would leave us alone.

Brenda said the seafood ‘looked delicious’ and she ‘knew it would be expensive’ but ‘could never have imagined how expensive it would be in the end’.

After two hours at DK Oyster, the pair decided to leave and asked for the bill, at which point they were asked to enter the restaurant to pay.

‘I went in and saw a man sitting at a table,’ Brenda said.

‘”Sit down,” he told me and showed me the bill. I almost fainted.

‘At first it was not detailed, because the paper did not show exactly what we had ordered. The guy asked me to pay almost €600 and I told him he could not, some mistake would be made.’

Brenda said she questioned the large bill but after feeling ‘threatened and scared’ paid and left before attempting to warn other tourists about what had happened.

Brenda has since reported the incident to Mykonos Police Sub-Directorate and reportedly sought legal advice.

‘Mrs Brenda Moulton herself wants the culprits to be punished and similar incidents not to happen to other tourists,’ her attorney, Marizanna Kikiri, told Thema.

‘All the items we sell in our store are listed in detail in the catalog, according to the law. The catalogs are in front of our store in a prominent place,’ the business said in a statement.

‘We give the lists to our customers before ordering. For all our products there are legal documents.

‘The customer was charged this price because the royal crab legs are not a priced item and the costing is done according to their purchase invoice.

‘The waiter of the table approached the cash register after he was called by the cashier to give clarifications to the customer.’