A MUM was crushed by a concrete ceiling in a hellhole flat which fell just inches from her four-year-old daughter's flat.

The woman was left trapped and screaming for help after the soaked ceiling caved in at her house in Brixton, South London. 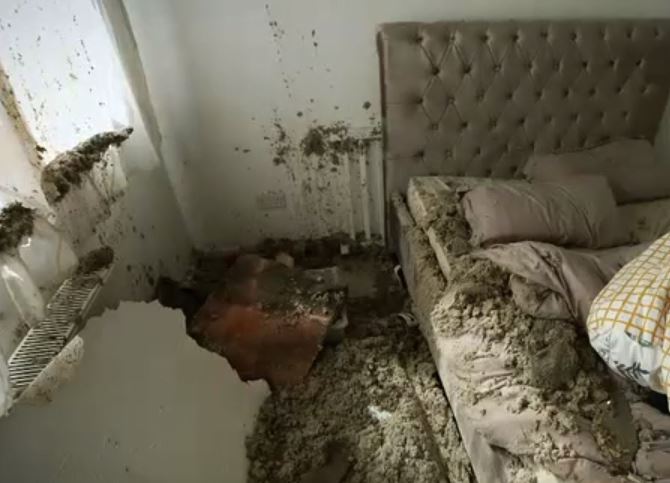 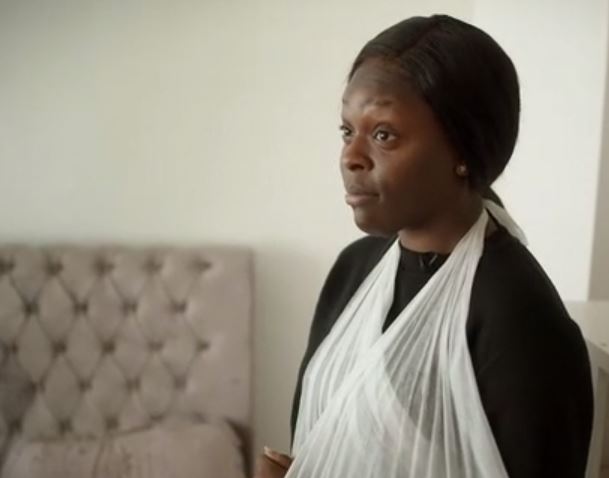 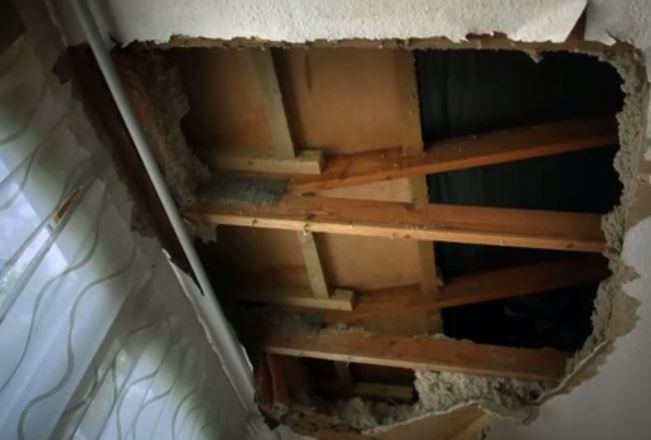 The ceiling collapsed on her while she was was putting a bucket down underneath the leak to desperately stop the bedroom from flooding.

Horrific footage of the aftermath inside the flat in Holles House showed rubble covering every inch of the bedroom floor and dust strewn across the bed.

And a video taken moments after she was rescued by firefighters showed her face and clothes caked with dust.

"I was screaming for help, asking for someone to come and help me. No one could hear me," she told ITV.

"I'm lucky to even step out of this. I feel like I'm lucky."

Fortunately, the woman's four-year-old daughter wasn't sleeping in her cot when the roof crumpled.

"It didn't fall above her cot, that would have killed her," the mum said.

The ceiling in her bathroom also disintegrated and collapsed after being left unfixed, leaving her and her young daugher homeless.

"I pay my rent, I pay my service charge, I pay council tax, I've never been in arrears," she said.

Another tenant in the housing block, named Basil, watched his house collapse around him after a leak was left unfixed for seven years.

The ceilings in both his kitchen and living room caved in.

In a statement, Lambeth Council said: "Repair work at Holles House is underway. We apologise for the disruption which in part was caused by the very heavy rain in July over-filling the building's gutters.

"Affected residents have been rehoused."

It comes after a man was left to "suffocate" in a mouldy and faeces-covered council flat deemed "unfit for humans" in Lewisham, South East London.

I'm waking up at night with a breathless fatigue because I'm feeling suffocated in here.

Mehdi, who needs a respirator to breathe, told ITV: "I'm waking up at night with a breathless fatigue because I'm feeling suffocated in here.

"My chest is feeling congested… I am on literally on the verge of nervous breakdown."

And last November, a leak which was left unfixed destroyed his home.

Jeff Charlton, an environmental health inspector, found a "100 per cent chance of electrocution" at points in the property.

He also warned: "I don't know whether that's sewage just dripping through, bath water, a leaking pipe… but I must assume that it’s contaminated."

His fears were proven when bacterial analysis conducted on the leak showed "significant faecal contamination".

"It beggars belief that people have to live like this," Jeff said. "It's a travesty." 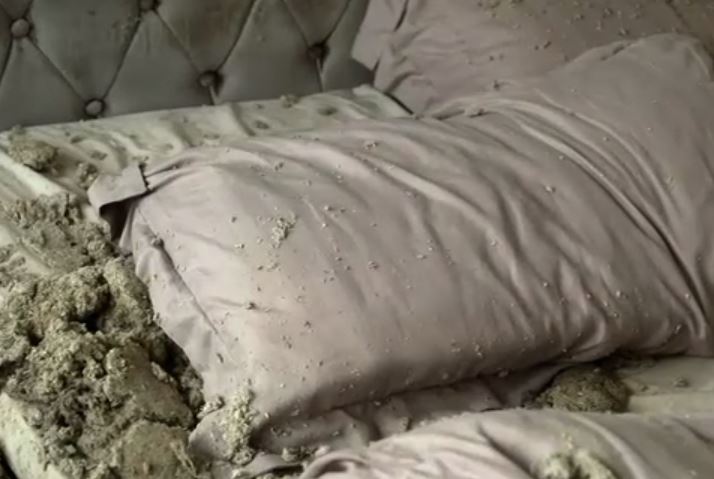 Oblivious surfer STEPS on a shark at Bondi