GETTING ready for school, 13-year-old Nequela Whittaker slipped into her uniform, double checking her blazer pocket for a pen – as well as her knife and drugs stash.

The schoolgirl led a double life. At home she was quiet and unassuming, playing the violin with dreams of becoming an athlete – but on the streets she earned a name for herself as a violent drug dealer and gang leader, earning up to £700 a day selling heroin and crack. 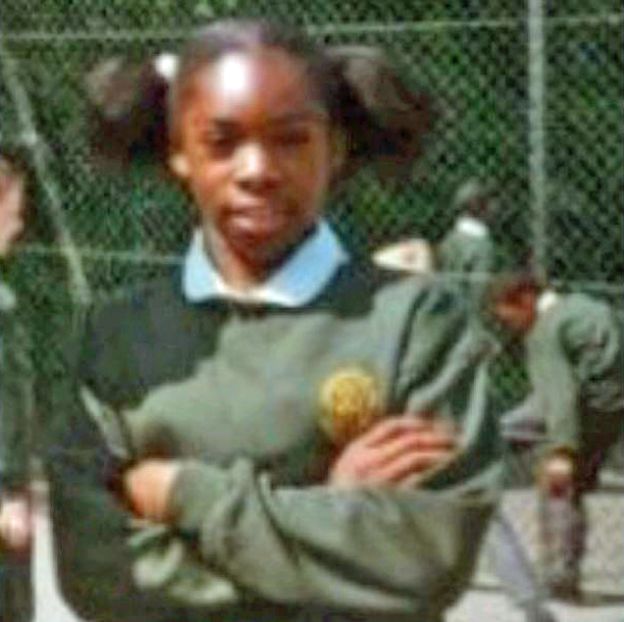 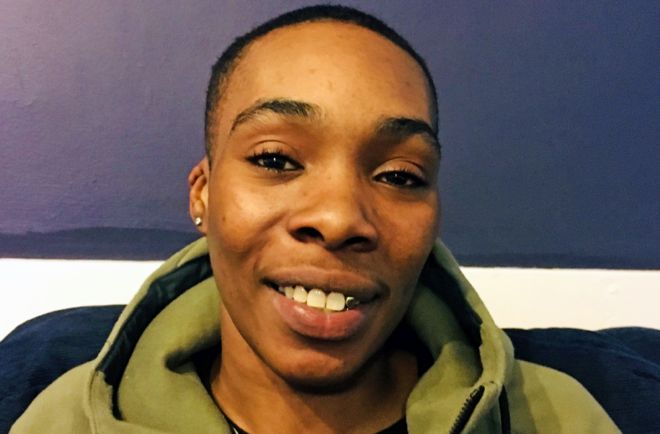 Shockingly, the most recent figures suggest around 34 per cent of children identified as being in gangs are girls.

It’s a statistic that doesn’t come as a surprise to Nequela. Now 31, she escaped that lifestyle, and turned her life around – but not before serving four years in prison for drug smuggling at just 17.

She says: “There is a stereotype that only men are in gangs, but this figure doesn’t surprise me. It’s realistic to the number of girls involved in gang culture.

"It’s often believed girls aren’t involved in gangs, and they’re seen as victims whereas a lot of the time the girls are the perpetrators.

“People think girls are drawn into the lifestyle through their boyfriend, or sibling – they don’t see it as a female instinct, or a female’s choice to be involved. Behind every gang member there’s always going to be a strong female, you don’t necessarily see them.”

Here, Nequela shares her own story with The Sun Online to raise awareness about gang culture. 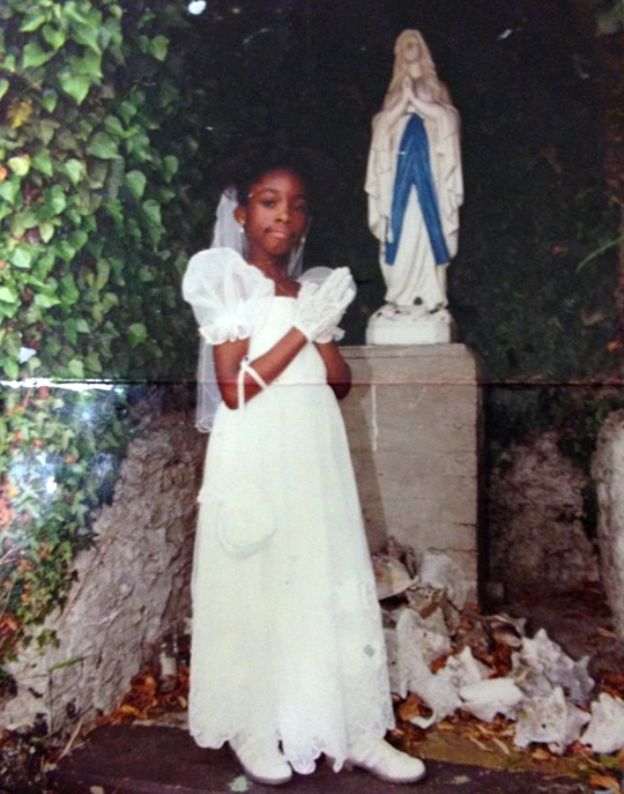 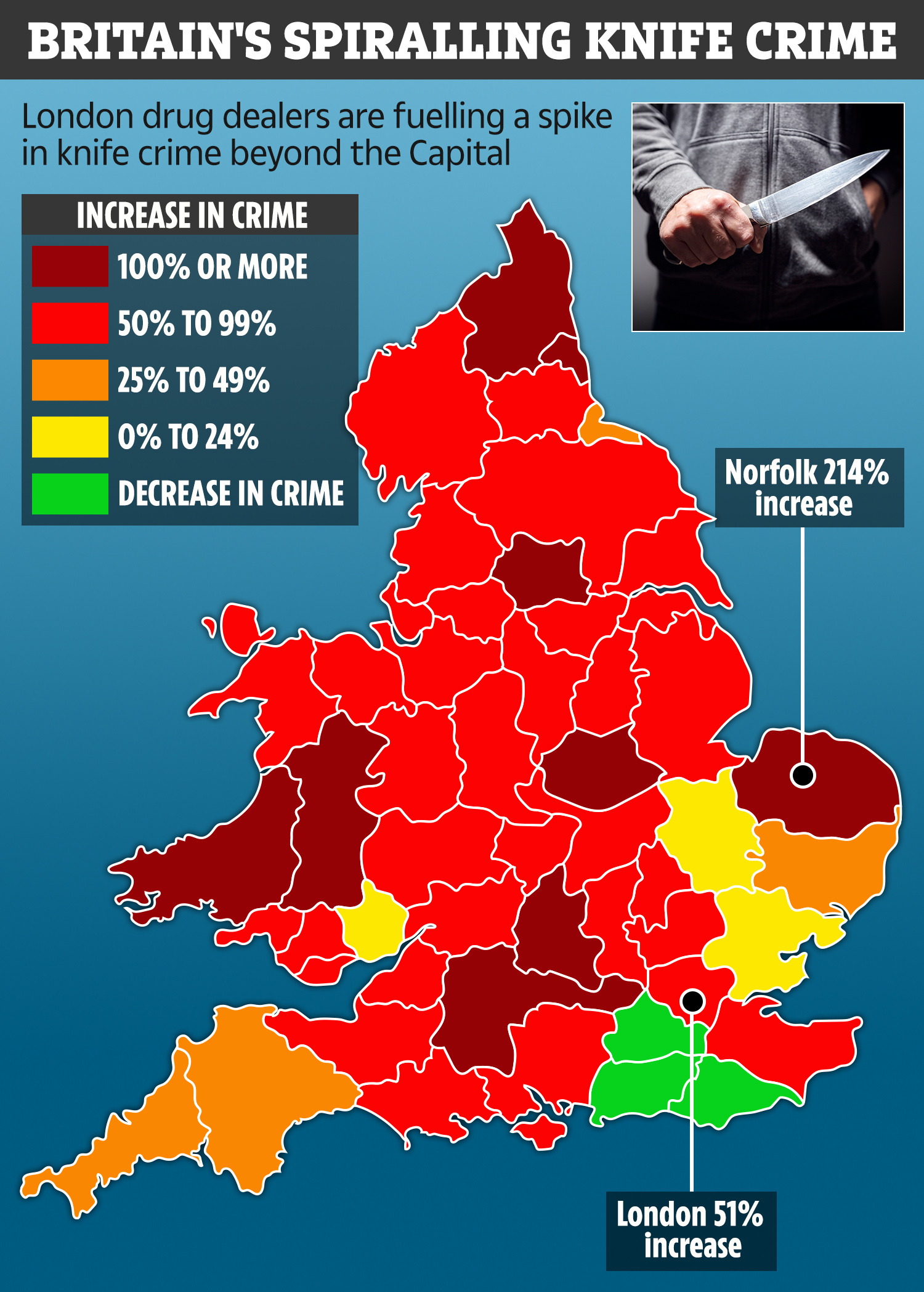 ‘It was a thrill’

Growing up in a council flat in Brixton with her mum – a part time cleaner – and an older brother and sister, Nequela has fond memories of her childhood.

She says: “My mum provided all the love and stability we needed, and encouraged us to pursue what we wanted to do. I used to run for England, played football for Fulham, and learned violin – I did a lot.”

However, unbeknownst to Nequela until she was 13, her dad was battling a drug addiction – and as a result was often in and out of her life.

She says of the moment she found out: “It shattered how I saw my dad, and it was hard to process.” 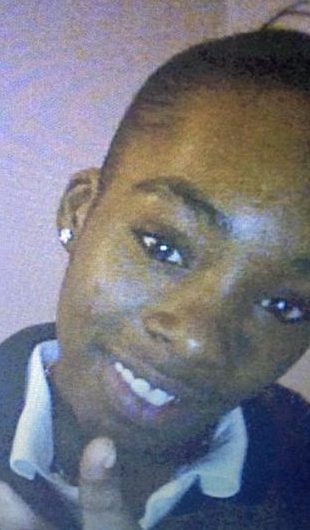 Starting at secondary school, she was also bullied on the long bus journey to school.

She says: “They didn’t like the look of me, what I wore and I wasn’t from the area. I was an outsider.”

Then, when her family moved to Cedars estate in Clapham, Nequela began hanging out with other teens from the neighbourhood while her mum was at work, and began stealing and hiding mopeds.

She admits: “It was a thrill. I loved it – it gave me an adrenaline rush. At home I was a girl who was seen and not heard, but outside of the house I was a different person.

She says: “That’s how it all starts. Gangs don’t set out to be gangs – it’s just a group from the same school or same estate hanging out and looking out for each other and it grows from there.”

‘I didn’t know when to stop’

For Nequela – who has witnessed shootings and murders but refuses to go into detail as many remain unsolved crimes – it also became normal to carry a weapon.

She says: “I used to carry a flip knife. At the time, [it was] things like flip knives, butterfly knives, and rambo knives – we had loads of them. A boy I went out with would get all these knives and just give them to me. I’d keep it in my blazer pocket where I used to keep my school pens.

“I never used it. It’s just what everyone had.”

At school, Nequela formed her own gang, known as W2R – We’re Too Raw, with two other girls, and at the age of 13 she was selling crack, marijuana and heroin.

She says: “We were all outsiders at our school in Croydon and we were victims of bullying. It was just constant fighting. 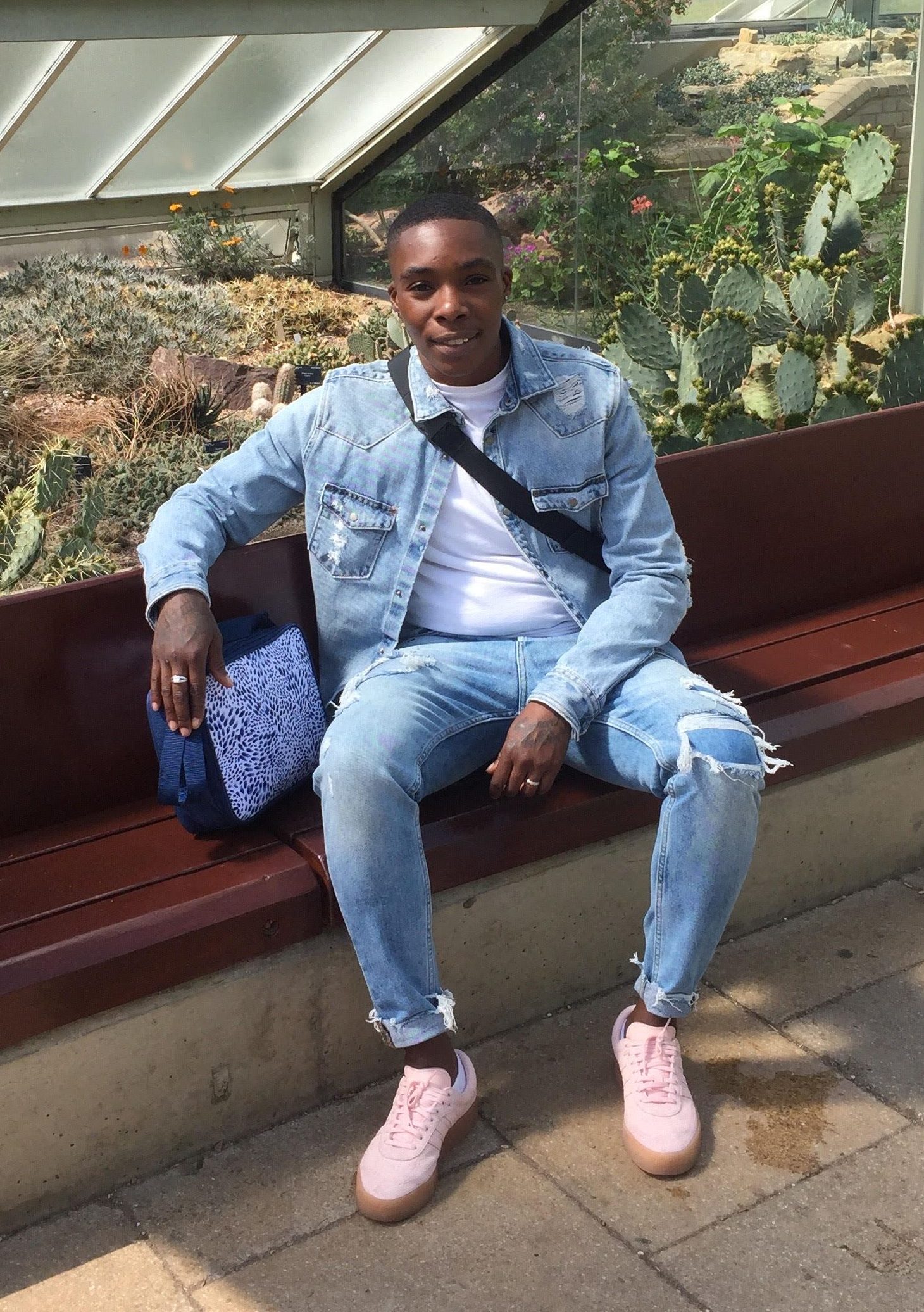 “Being in a gang gave me a platform to stand up for myself but I didn’t know when to stop. Instead of just defending myself and leaving it there, it escalated because I wanted to prove myself.

“I went to an extreme and enjoyed getting into fights and conflict, and by the age of 14 I’d got a youth referral order for ABH after attacking two girls who’d bullied me. I’d had enough. I couldn’t deal with it.

“I was finding other routes to go home to prevent fighting these girls and it got to a point where the fight was inevitable.

“I went up to the school and fought them – they were severely injured. They came out worse, but I couldn’t handle it anymore and I lashed out. I had to find a way to deal with the situation myself.” 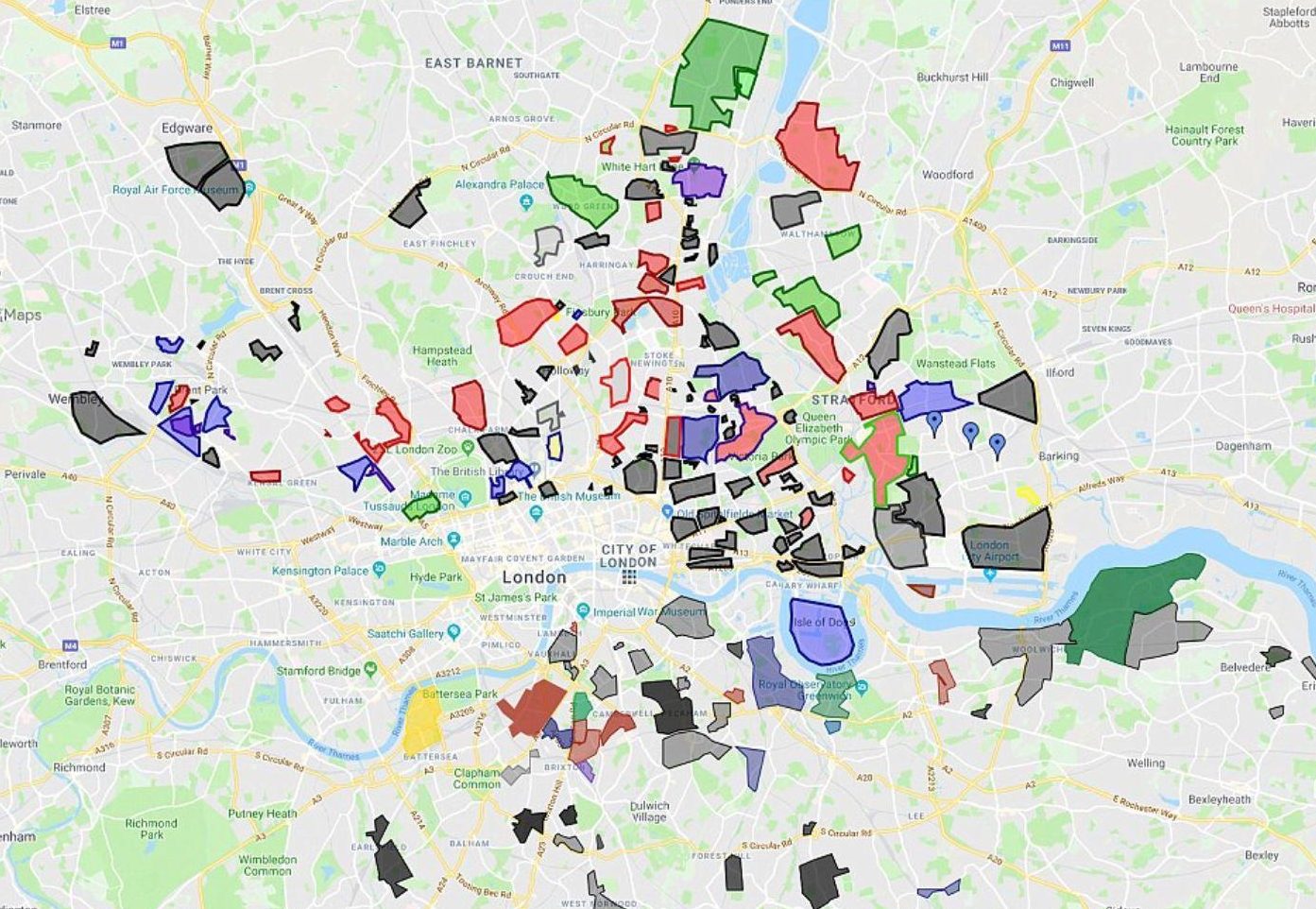 ‘I sold drugs to buy trainers’

Nequela then left school aged 16 and went to college to study performing arts, but despite getting a part time job in lingerie shop La Senza, her involvement in drug dealing and fighting escalated.

She says: “I had one foot in and one foot out of the gang life. I felt at that time, if you’re good at something you stick to it – at that time I was good at making money, and could earn up to £700 a day. 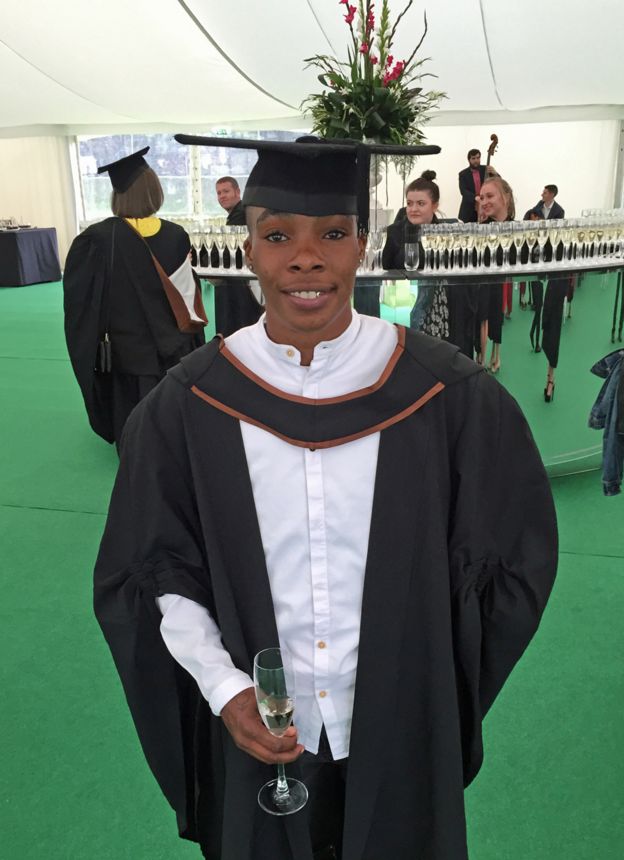 “From 16, I was smuggling drugs across the whole of England.

“I wanted expensive Dolce trainers. The stuff that I wanted, my mum couldn’t buy so I sold drugs for trainers. You needed a nice pair of trainers to wear with your school uniform.”

Aged 17, Nequela was arrested in Glasgow in possession of £25,000 worth of crack, heroin and cannabis, and was eventually given four years in a Scottish prison.

She says: “My mum said you got yourself into this situation, only you can get yourself out of it.

“I realised I needed to make some serious changes when I got out. I couldn’t become part of the prison furniture, and be a repeat offender. I needed to make a good thing out of a bad situation, and learn from my mistakes. I couldn’t watch myself waste away because of my own bad choices.”

‘Don’t get caught up in the gang dream’

Now, Nequela has a degree, is a youth worker and has set up her own charity –  Committed, Empowered, Originals Youth Service – drawing on her own experiences to help young people at risk of getting into trouble.

She has also co-written a book about her experiences, called Street Girl.

She says: “Now, I tell young girls not to get caught up in the gang ‘dream’ – it might seem exciting but the reality is you have nothing to show for it – it’s not an investment and it only lasts for a certain amount of time.

“There are also repercussions to these kind of negative actions and I try to get young people to understand this. There are so many risks – it’s better to do the right thing, and take the long road to success rather than do the wrong thing and take the short road.”

Girl fights for life after being stabbed in Liverpool

Melania Trump is escorted by a soldier at Veterans Day ceremony