A YOUNG boy was admitted to intensive care as he battled a deadly illness which is believed to be linked to coronavirus in children. 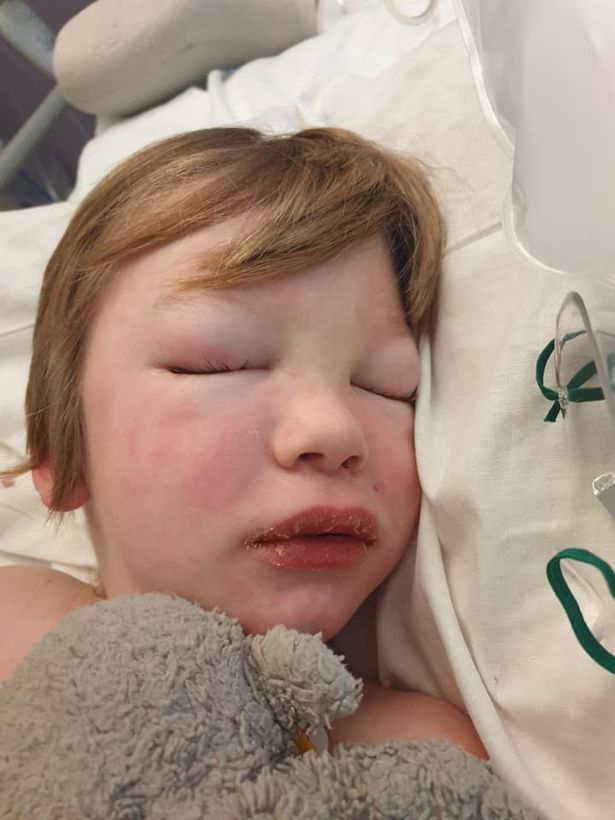 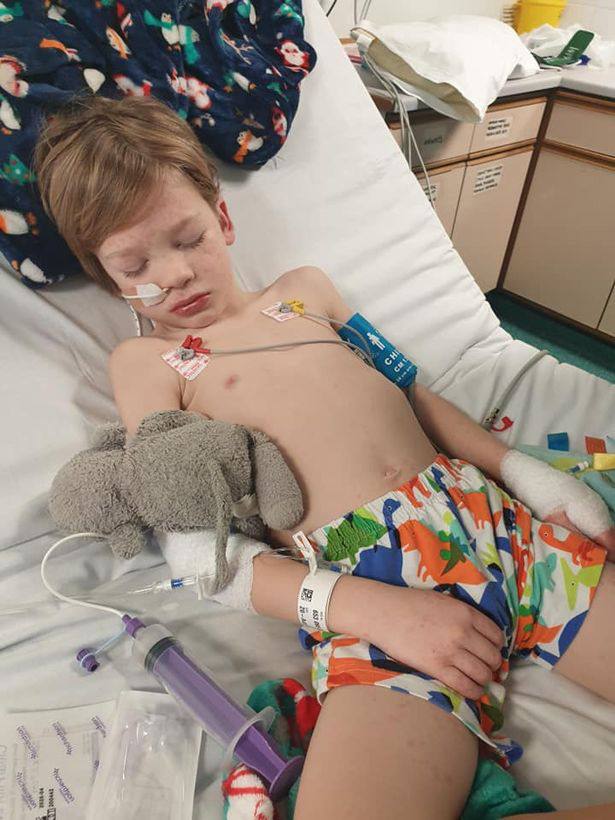 The illness, also known as PIMS-TS or PIMS, has been seen in some children who developed a systemic inflammatory response after contracting Covid-19.

It seems to be linked to the coronavirus because most of the kids who have PIMS previously had the virus or tested positive for antibodies – meaning they had Covid-19 before – according to The Royal College of Paediatrics and Child Health (RCPCH).

The boy and his mum, Jessica Walsh, contracted Covid-19 in November, but at the beginning Logan did not snow any symptoms.

However, six weeks later, Jessica, 43, called the emergency services after her son began to vomit and had a fever, Chronicle Live reports.

But by December 16, he started feeling worse – his hands and feet began to swell and a rash started appearing.

His mum then called an ambulance after consulting with the family GP.

Jessica said paramedics were worried because Logan had not been to the toilet for over 12 hours.

The mum was told to take the boy to A&E if he had not gone to the toilet by the evening.

Logan was later transferred to Leeds General Infirmary, where the family met a specialist who diagnosed the boy with PIMS-TS.

Jessica said: "The specialist said he had treated lots of kids with this illness over the course of the pandemic, and Logan began treatment for the PIMS-TS straight away.

"It was a form of steroid treatment, and we had to stay in for seven days." 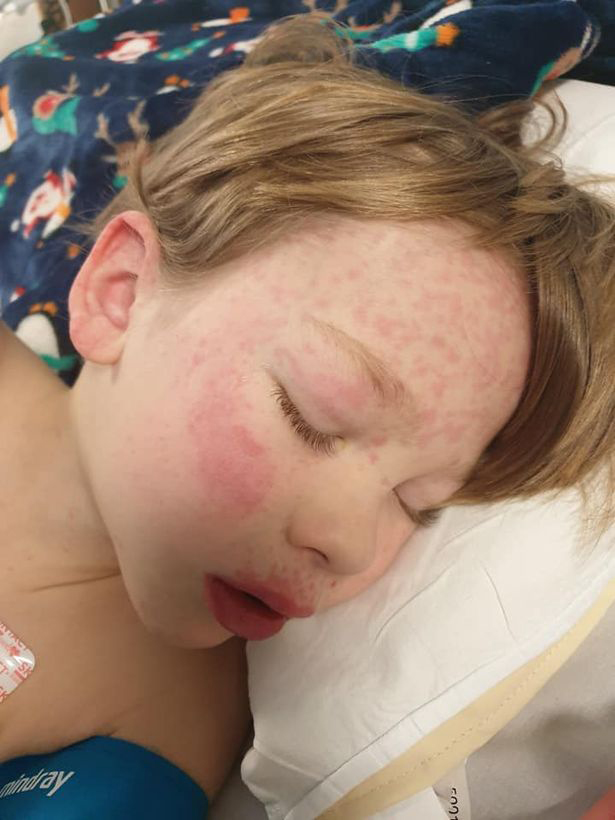 Logan was moved to ICU after developing a heart murmur – defined by the British Heart Foundation as an unexpected or unusual sound which can be heard in your heart through a stethoscope.

The seven-year-old's body began swelling as it tried to heal, but his condition slowly improved.

Jessica said her son was discharged from hospital and made it home on Christmas Day.

However, she said Logan is "on a mountain of drugs" and has several doctor appointments in the coming weeks.

The mum said: "It will take a long time to fully recover – everyone needs to be taking this pandemic seriously and have awareness of the conditions it can lead to." 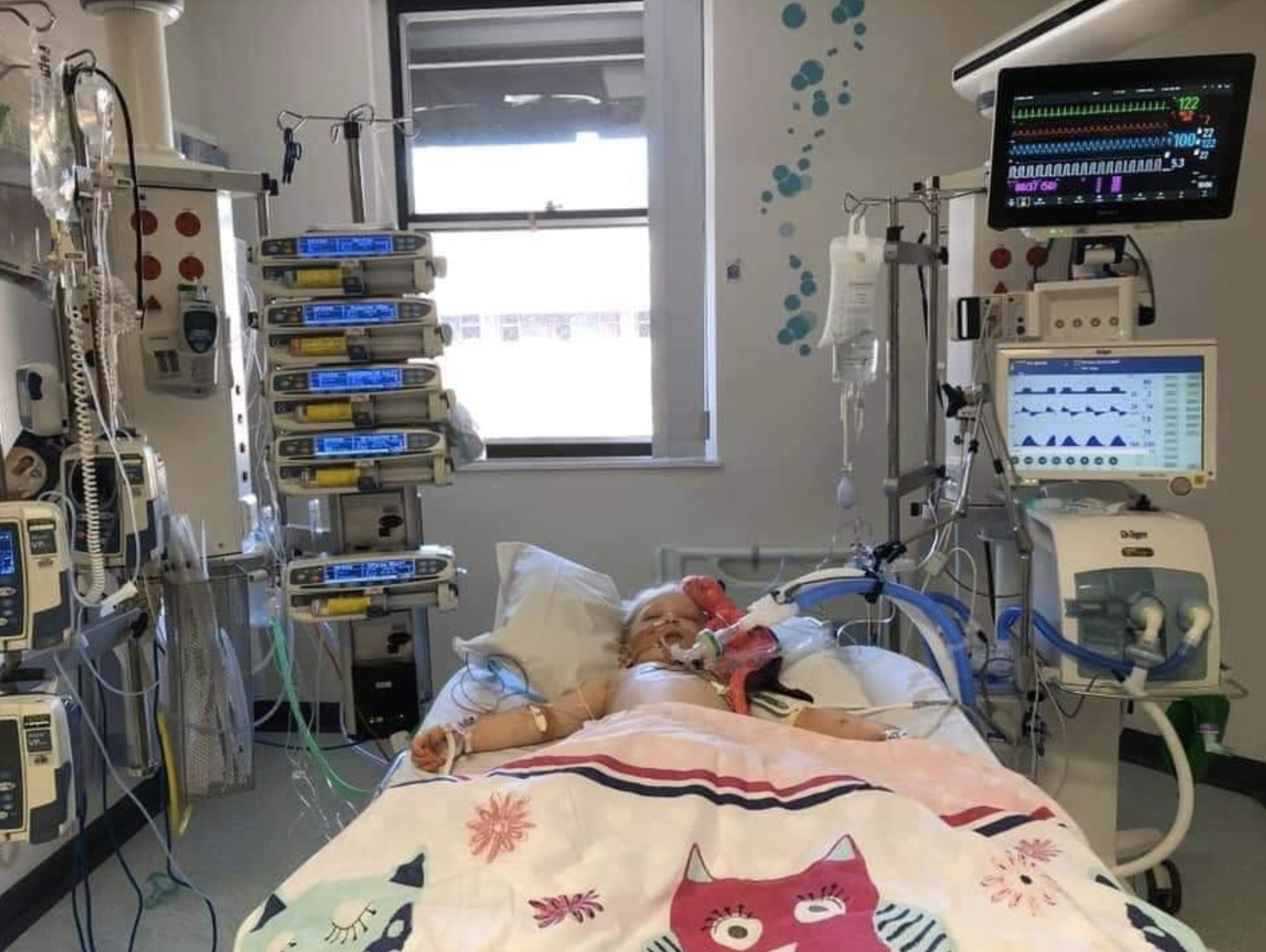 Another family went through a similar ordeal when their five-year-old daughter fell ill just weeks after beating Covid-19.

Her aunt, June, also shared the heartbreaking picture of the five-year-old hooked up to a ventilator.

She wrote on Twitter: "This is my five-year-old great niece. She was fit and healthy until a mild bout of Covid-19 five weeks ago from which she appeared to recover.

"She is now in ICU with a Kawasaki inflammatory response.

"She is off the ventilator but has developed heart problems."

Experts are carrying out research to try to understand more but they are confident PIMS-TS could be related to Covid-19.

Dr Liz Whittaker, a paediatrician who has treated some of the cases in London, said that most of the children had tested negative for Covid-19 at the time they arrived at hospital.

But all of them had positive antibodies to the virus, which suggests they were infected at some point in the previous few weeks.

She added: “The new condition, PIMS, is extremely rare but it can make a child very ill, so it’s important to characterise the disease properly so we can provide close monitoring and the best treatment.

“For any parents worried about their children, I would urge them to follow their usual instincts – whatever would normally prompt you to visit your GP or A&E with your child still applies here.”

Are schools reopening in September?

Law expert Jonathan Turley: We’re all mad — but that’s not a good enough reason for impeachment

The Queen, Princess Eugenie and Zara Tindall arrive at Ascot for Ladies' Day