Caught in Melbourne's long pandemic lockdown and itching to pursue her AFL dream, Monique Shaw, from Narre Warren South, packed her whistle and boots for the tropical – and open – north.

The 23-year-old has joined the exodus of more than 750 Victorians who, desperate for work or just weary of four walls, have found new homes in Northern Territory since the borders opened in July and its government began actively courting new residents and tourists from more COVID-damaged states. 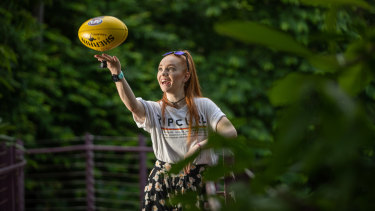 With no footy in Victoria this winter, Monique Shaw headed north to pursue her dream of becoming an AFL umpire.Credit:Helen Orr

With no footy in Victoria this year, Ms Shaw, who now lives in the Darwin satellite city of Palmerston, jumped at the chance to umpire in the highly-regarded Northern Territory Football League.

It plays during the wet season (the southern summer) through oppressive humidity and spectacular tropical downpours, a far cry, and distance, from the ovals of Melbourne's eastern suburbs.

"At first I was really struggling with the humidity – far out, that was something to deal with. But once I crossed that barrier I was good," Ms Shaw says.

"My hearts just beating for it now. It's brilliant up here. I was walking on Lee Point Beach or Mindil Beach, one of them, the other day and I was like ‘What am I doing? How did I get here?’ There’s no way back in March I was thinking about living in Darwin by November."

Since late August, more than 4000 Australians have moved to the Territory, most of them permanently.

Those arriving from coronavirus hotspots, namely Melbourne, first had to spend 14 days in the Howard Springs workers camp as quarantine.

For context around the new arrival numbers, consider the Territory's years-long battle with stagnant population growth; so dire that in 2018 the government began offering up to $15,000 in taxpayer money just to peel skilled "Southerners" from faraway cities.

A pandemic has done much of the work instead, at least in the short term.

Darwin's house prices, which were in freefall after record highs in 2014-15, increased 6.6 per cent in the September quarter alone, according to Domain.

Residential building approvals were up 150 per cent in September, while the rental vacancy rate, almost 8 per cent at the beginning of the year, has plunged to about 2 per cent.

Melbourne's Tam Ngo found his opportunity some 200 kilometres south of Alice Springs, a thriving speck on the Stuart Highway called the Erldunda Roadhouse.

The chef was stood down in March and then stood down again when the second wave arrived in July.

"I couldn’t find any job at all. Two months, just literally sitting at home spending money on food and rent," Mr Ngo, 31, says. 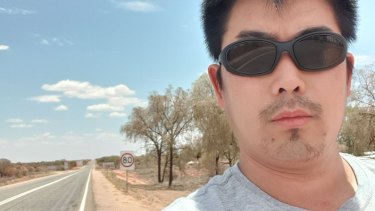 Out of work and burning money in Melbourne’s second lockdown, Tam Ngo left for the Northern Territory, where he now works as a chef at the Erldunda Roadhouse 200km south of Alice Springs.

With expenses mounting, not least of which was the car he bought between lockdowns, Mr Ngo researched his way to financial security. Tasmania wouldn't have him. Neither would Queensland.

"The NT was the only place I could go," he says. "I've had so many experiences here: quarantine experience, 23-hour bus experience – which was the longest in my life – and living in a remote area. It’s something new and there's new things to learn."

Australia's pain has, apparently, been the Northern Territory's gain, although it won't be a long-term population fix. Ms Shaw, as just one example, must return to Victoria if she hopes to step up to VFL level for season 2021. Her goal is to one day umpire the AFL.

Now in the habit of using "they" for Melburnians, Ms Shaw said she only momentarily second-guessed her move when Victorian restrictions began to ease just days after she left Darwin quarantine.

"The five kilometres became 25 kilometres and, yeah, it was a bit frustrating originally," she says. 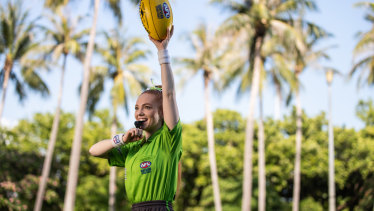 Monique Shaw is one of more than 750 Victorians who escaped COVID-era Victoria for the freedoms, and work, of the Northern Territory.Credit:Helen Orr

"But honestly, even now, they still don’t have the freedoms we have. And my first night out on Mitchell Street I was like ‘nup, I'm not going back to Melbourne'.

"It’s just that freedom. You don’t have to wear masks, you don’t have watch over your shoulder to see if someone’s looking at you for not socially-distancing, or whatever.

"Nothing really applies up here."

Matt Hancock will hand over names and testing data to councils

Man, 26, charged with murder of 'little angel' Grace Thorpe, 2, who died after was found injured at house in Teeside