Ambulance crews in London and Surrey have returned to their vehicles to find £10 in cash or vouchers to spend on "coffee and doughnuts". 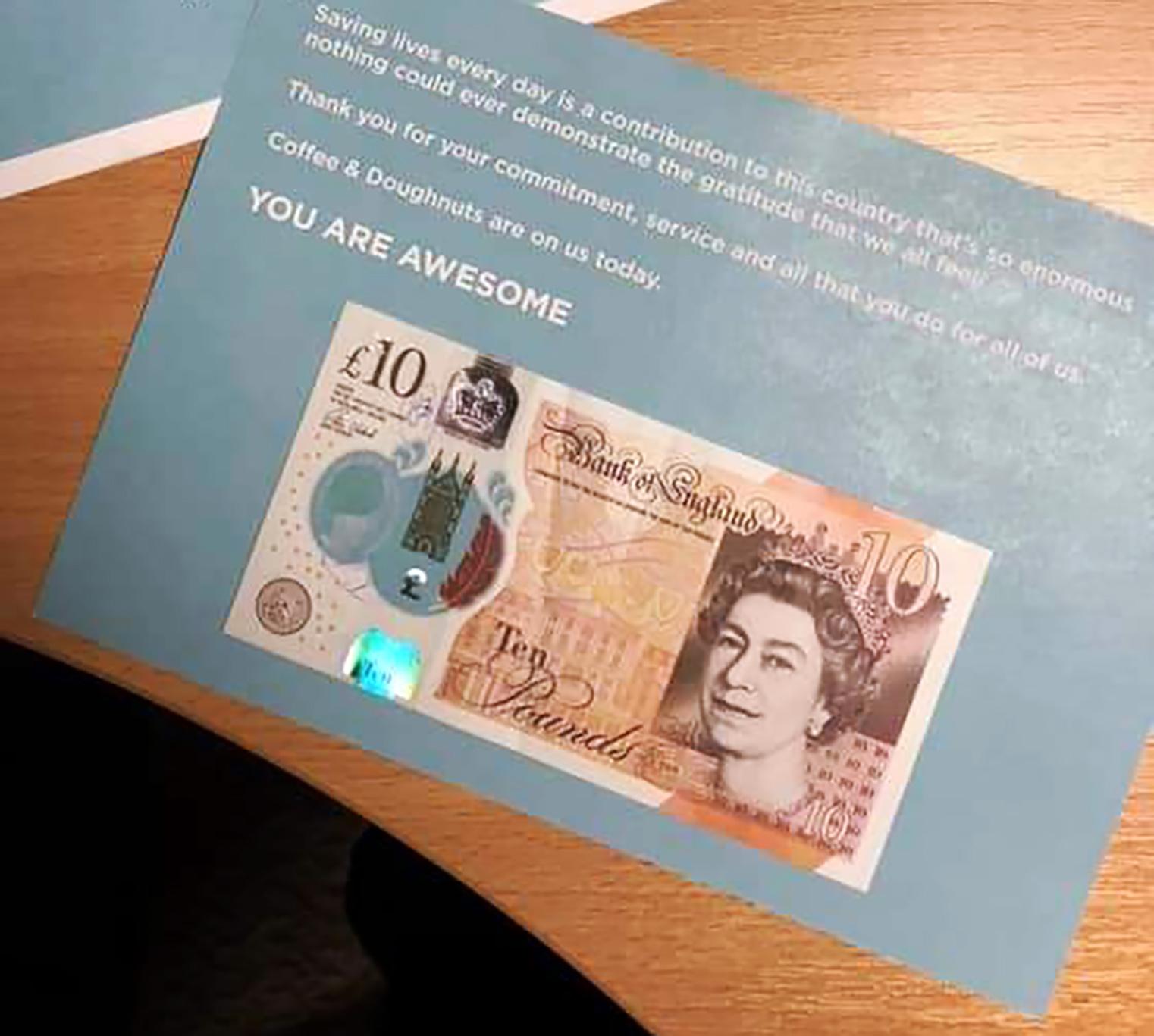 Staff have been left scratching their head as to who the mystery benefactor is after the professional-looking printed cards starting appearing on ambulances last month.

The notes have appeared in clear plastic envelopes marked “documents enclosed” and told crew “you are awesome”.

However crew said they had been left "demoralised" after being told to return the cash.

A London Ambulance Service staff member, who didn’t want to be identified in case it has repercussions on their job, said: "It's not gone down well. The teams are unhappy and it's hitting morale.

"The powers-that-be are behaving like Scrooge…this money is clearly left as a thank you present and it's very welcome at this time of year.

"Our pay and working conditions have suffered in the cutbacks so the crews thought this was a wonderful gesture by whoever it is leaving the money.

"Morale is low enough as it is and this has only made it worse.

"Sometimes there's a £10 note, other times you will find a voucher to spend on coffee and doughnuts and there's always a message saying it is to thank us."

He added: "There's some seriously pi**ed off guys in green – didn’t think morale could get any lower." 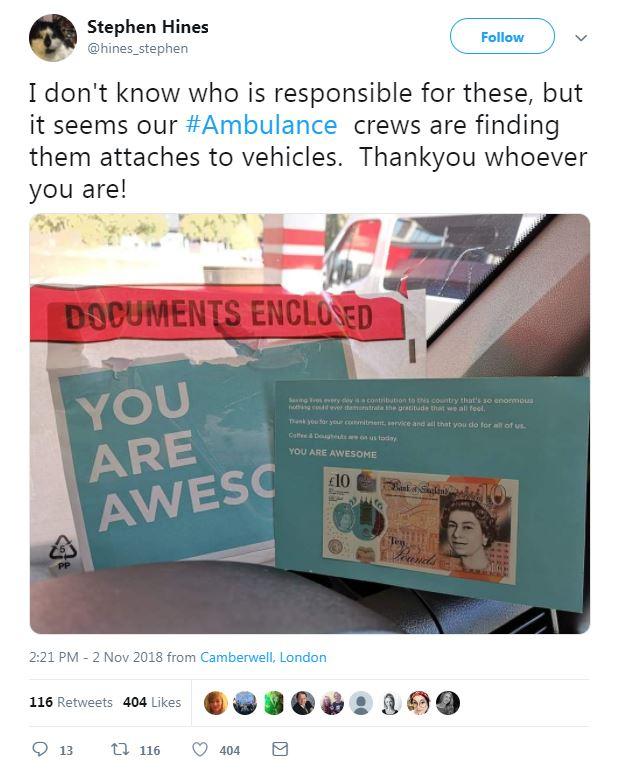 The generous donations have come at a time when crews have found angry notes from people furious at them for blocking their driveways.

In August, one furious motorist in Leicester left a message reading: "You blocked my driveway. I waited 45 minutes for you to move. Please have some consideration where you park an ambulance! This is not the first time.”

In February vile Kirsty Sharman, 26, was fined after penning an abusive note and leaving it on an ambulance in Stoke-on-Trent.

It read: "If this van is for anyone but No. 14 then you have no right to park here. I couldn't give a s*** if the whole street collapses. Now move your van from outside my house."

A judge branded her "absolutely despicable" and ordered her to pay a total of £285 in fines and costs for using threatening and abusive words.

A spokesman for the South East Coast Ambulance Service said: "We think one person started it and now people are copying it, and we think it comes off the back of stories about nasty notes being left on ambulances parked on driveways".

It is thought some of the cards are being left my employees of a family-owned firm in the region, but that they want to remain anonymous.

The notes have been found outside the Royal Surrey hospital in Guildford, in Camberwell in south London, and elsewhere in the capital.

An email to staff from the London Ambulance Service said the “sentiment of the notes is right” but staff should hand any cash donations to their managers.

It said: "Whilst we think that the sentiment of the notes is right – seeing as they say you are awesome – this appears to be happening in a professional, co-ordinated way and we are not sure who they are from".

A LAS spokesperson said: "We are always overwhelmed by the generosity of feeling towards our staff who work tirelessly for Londoners every day of the year.

"However, in common with other public sector organisations, we have strict rules and guidelines around the acceptance of monetary gifts."