Spot the difference! New Forest pony is confused with a GIRAFFE thanks to its patchy markings

A pony has been mixed up wit a giraffe after a chestnut brown speckled animal was spotted in an English national park.

Trudy Surman-Roper snapped the towering animal in the New Forest, during a walk in the wilderness on August 7.

Ms Surman-Roper described the amazing encounter where her ‘brain said giraffe, [but her] eyes said horse’ and she ran after it.

She revealed: ‘After my heart stopped beating extremely fast then my camera brain kicked in, I had to track this amazing creature down to take several beautiful shots.’ 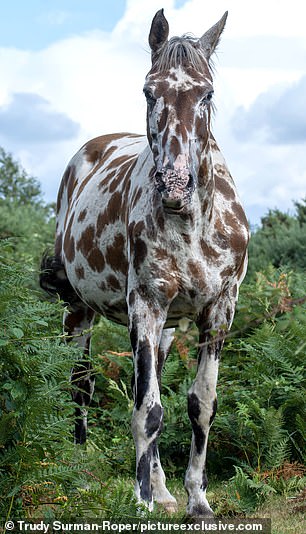 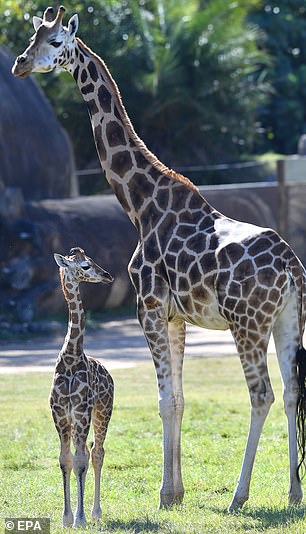 Trudy Surman- Roper stumbled upon a speckled horse in the New Forest on August 7 and was left puzzled over whether it was a zebra. She says she has never seen anything ‘so unique’ in this national park before

She said she has never ‘seen anything so unique before in this setting’.

It was only until her daughter uploaded the photograph into the animal and plant identifier app SLEEK that she was able to confirm it was a giraffe.

There are around 3,000 ponies in the New Forest – with the first ever recorded pony being made in the Canute’s Forest Law in 1016. This means there have been ponies roaming here since the end of the last ice age.

The New Forest pony is distinct and has been gradually refined by the introduction of Thoroughbred bloodlines and then Arab blood in the mid-19th century.