Paedophile doctor, 28, who groomed ’13-year-old girl’ on Kik using the username ‘olderc**k’ walks free from court after his lawyer blamed his actions on working long hours during the pandemic 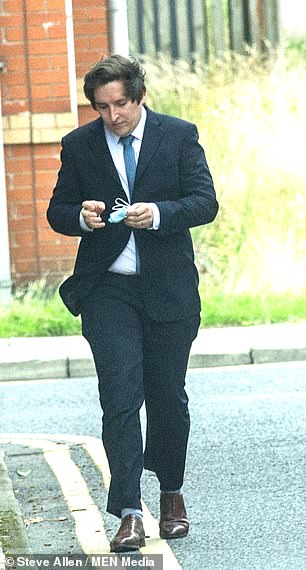 James Peter Farthing, 28, spoke to the ‘teenager’ on messaging service Kik – under the username ‘olderc**k’ – as well as on Snapchat

A doctor who attempted to groom a ’13-year-old girl’ online has been spared prison after his lawyers blamed his actions on working long hours during the Covid pandemic.

James Peter Farthing, 28, spoke to the ‘teenager’ on messaging service Kik – under the username ‘olderc**k’ – as well as on Snapchat.

The junior doctor, who worked for the NHS in Stockport, asked to see photographs of her body and shared an image of penis.

The account was actually being run by an undercover police officer and Farthing was later arrested for attempting to engage in sexual communication with a child.

However, today he walked free from Minshull Street Crown Court after being handed a suspended sentence.

Lawyers mitigating for Farthing, said he had been juggling working long hours during the pandemic, his wife’s health condition and his training.

They said he had ’emotional struggles’, had been watching pornography and smoking cannabis at the time – but that he was working to address his issues.

Her Honour Judge Tina Landale sentenced him to six months in prison, suspended for two years, after he admitted attempting to engage in sexual communication with a child.

The court heard Farthing spoke to the ‘girl’ on Kik – under the username ‘olderc**k’, Fiona Clancy, prosecuting said. He also spoke to her on Snapchat, in March.

He said he was 23 and from Leeds. The ‘girl’ was called ‘Beth’ and was said to have been from Liverpool.

The cop used a picture of kittens to portray how young she was, Ms Clancy said. 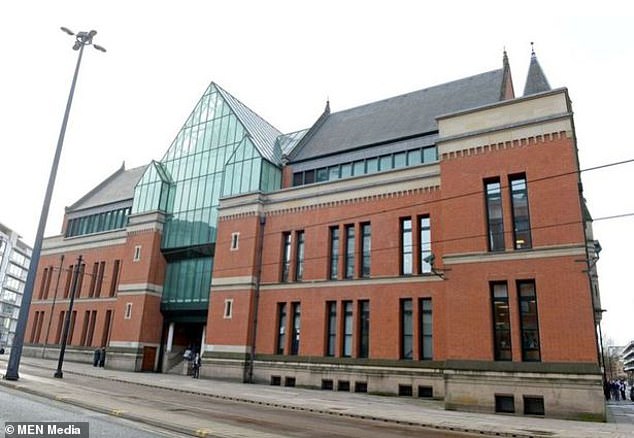 Speaking at Minshull Street Crown Court (pictured), lawyers mitigating for Farthing, said he had been juggling working long hours during the pandemic, his wife’s health condition and his training.

Farthing asked ‘Beth’ if she was into ‘older guys’ and if she would send him a picture.

He asked to see her body and offered to show her his penis. The ‘girl’ said she was worried about sending a photograph.

Farthing reassured her that if she didn’t include her face, it ‘should be fine’.

‘The fact that the undercover officer was 13 was reiterated, but the sexual conversations continued,’ Ms Clancy said, as the conversations moved to Snapchat.

Farthing told ‘Beth’: ‘I have spoken to a few girls that like older men.’

The officer then sent a picture of a young, clothed girl.  Farthing sent a photograph of his penis.

‘I really want to touch your body and see what you look like naked,’ he said.

He then sent another picture of his penis.

Ms Clancy said that when officers arrested Farthing, he said he was ‘ashamed’ and ‘tried to stop’, but ‘gave in to sexual pleasure’, the court heard.

Simon Gurney, defending, said Farthing, who has no previous convictions, was ‘deeply ashamed and remorseful for his behaviour’. 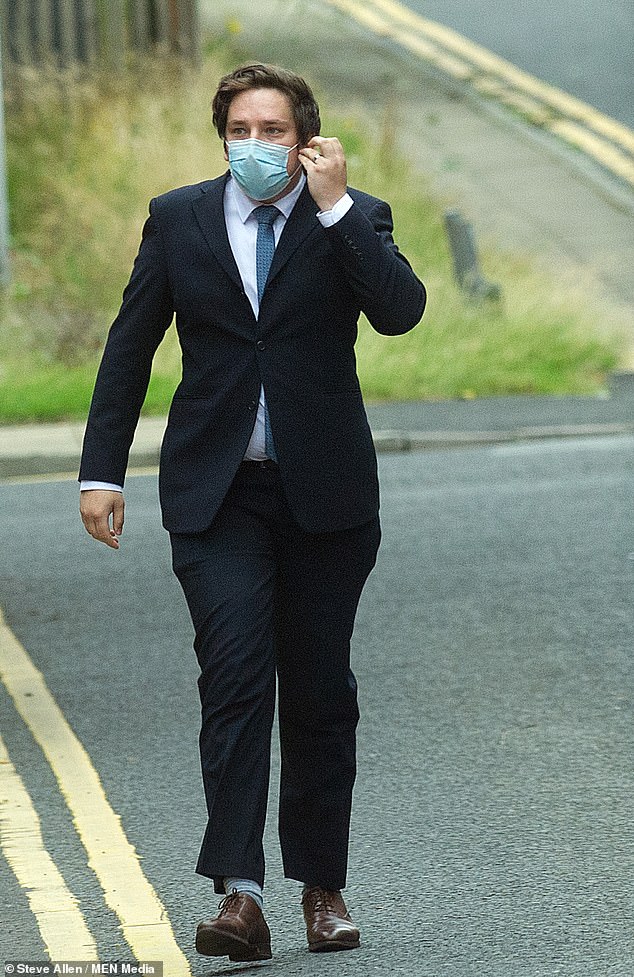 Simon Gurney, defending, said Farthing (pictured), who has no previous convictions, was ‘deeply ashamed and remorseful for his behaviour’

His supervisor – a consultant – and training programme director provided statements to the court.

Staff and patients ‘all expressed shock’ after Farthing was arrested, the court heard, as people thought he had a good ‘moral compass’.

Mr Gurney said they ‘stand by him’ because they acknowledge his remorse.

The lawyer said it was the first time in Farthing’s career that he didn’t enjoy his work – and that his family was in debt as a result of the pandemic.

Mr Gurney said Farthing ‘only has himself to blame for jeopardising’ his career.

Judge Landale said the ‘girl’ made it ‘clear that she didn’t want to talk about sex’.

Farthing was ordered to take part in the Horizon project; to complete 20 rehabilitation activity requirement days; and to undertake 200 hours of unpaid work.

He was also made the subject of a sexual harm prevention order – to last a decade.

Negative thinking could lead to dementia, according to research