NICOLA Sturgeon must quit as First Minister or face a fresh vote of confidence next week, Tories warned last night.

The under-fire SNP boss skipped scrutiny at a Covid briefing today over the row, and is now fighting for her job after officials found she misled the Scottish Parliament over what she knew about allegations against Alex Salmond. 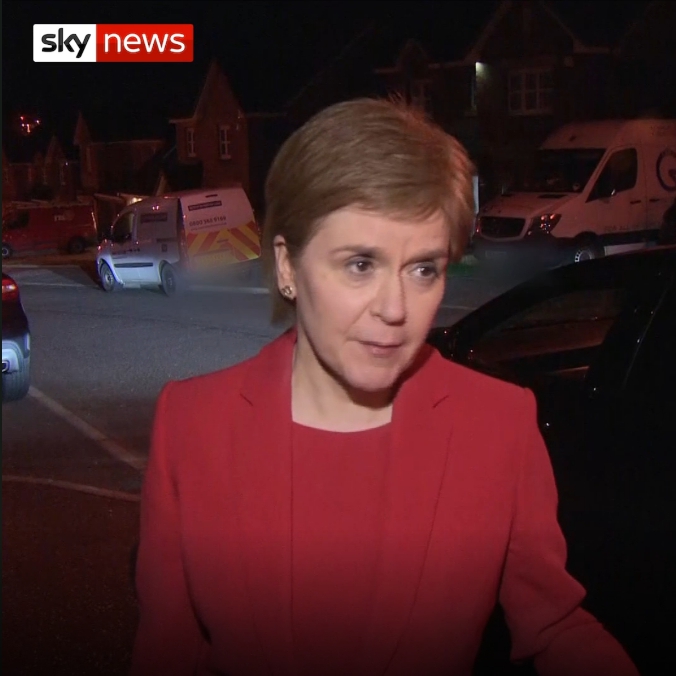 Tonight Sky News revealed the committee also concluded it was “hard to believe” she didn’t know about the explosive claims, and were concerned over why it took her so long to inform civil service chiefs about the pair’s meetings.

The party’s leader at Holyrood, Ruth Davidson, claimed there was “no question” the First Minister had lied to parliament and so the Tories will table a motion of no confidence on Wednesday unless she quits beforehand.

Ex-Scots Tory boss Ms Davidson said: “If Nicola Sturgeon has a shred of integrity, she should be considering her position. She has every opportunity to do the right thing and resign.

“No First Minister is above the fundamental principles of honesty and trust.

“There is no question that Nicola Sturgeon has misled parliament and broken the promises she made to tell the truth.” The SNP leader’s spokesman said she stands by her evidence given earlier this month in an eight-hour marathon committee session.

And they accused the committee of resorting to “baseless assertion, supposition and smear”.

Asked about the leak on Thursday evening, Ms Sturgeon said: “I stand by all of the evidence I gave to the committee, all eight hours’ worth of evidence.

“What’s been clear is that opposition members of this committee made their minds up about me before I uttered a single word of evidence, their public comments have made that clear.

“So this leak from the committee – very partisan leak – tonight before they’ve finalised the report is not that surprising.” No10 said it was a matter for Scotland and refused to be drawn on whether the PM thinks Ms Sturgeon should quit if she was found to have misled the Scottish Parliament.

The official committee report is due to be published on Monday.