MORE than a dozen migrants on a sinking dinghy were rescued by a ferry yesterday.

The Isle of Inishmore captain apologised to passengers on the Dover to Calais route, saying: “We had to stop and rescue 13 migrants in distress whose boat had run out of fuel and was sinking.” 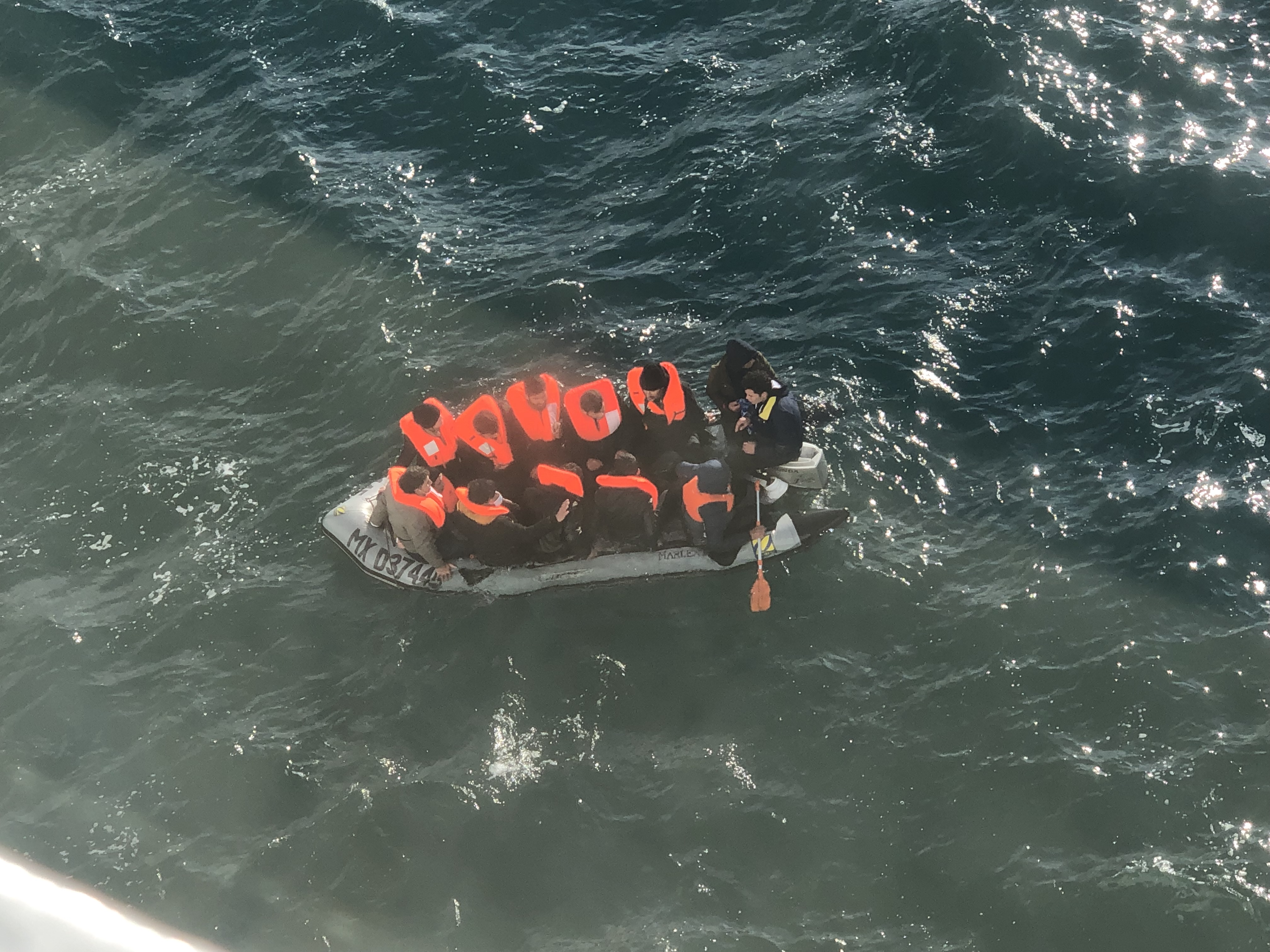 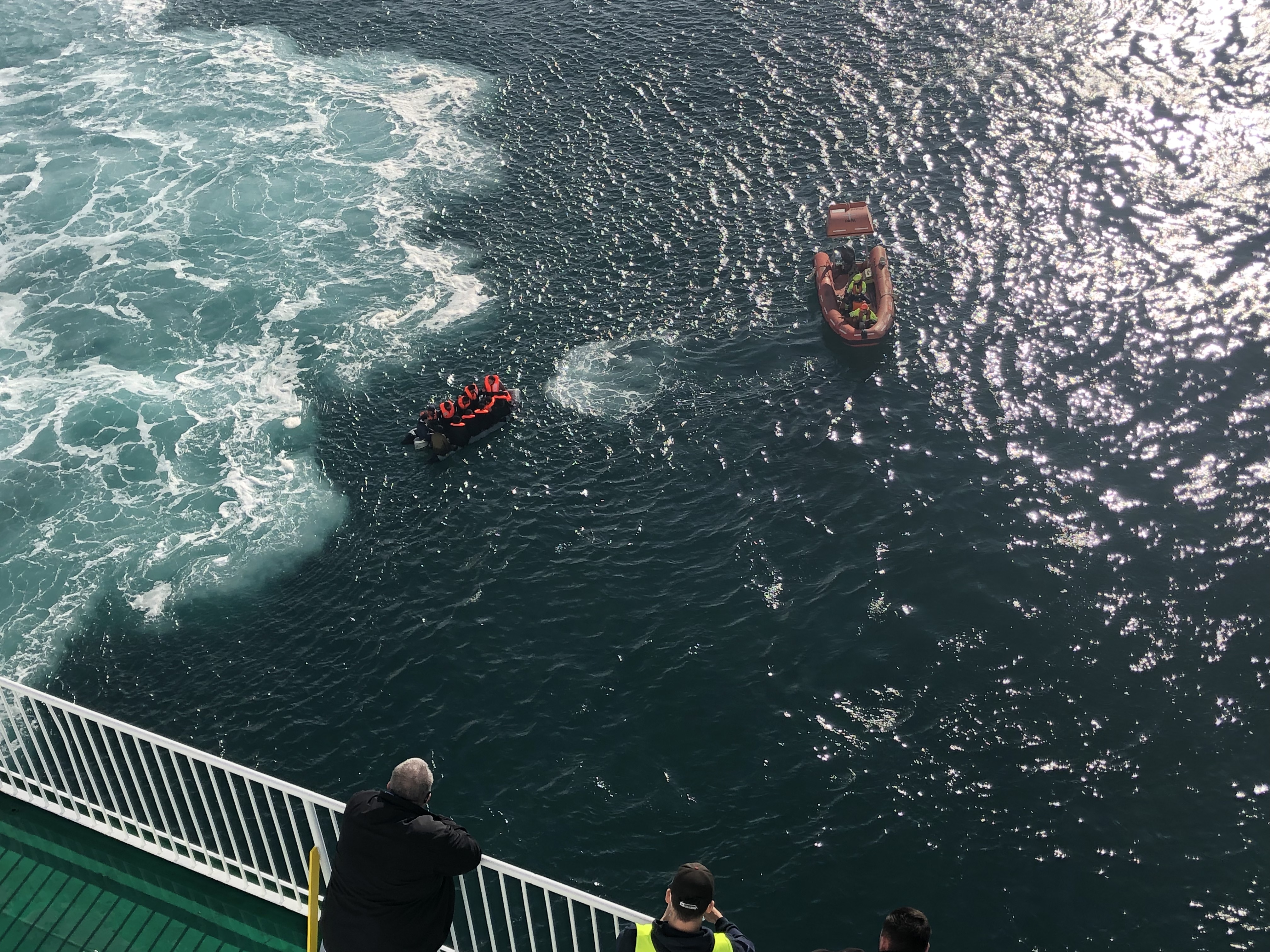 Meanwhile footage emerged of celebrating migrants chanting: “Yay, UK is good” as they were taxied into Dover on Tuesday by the RNLI.

Around 500 came across yesterday.

Over 20,000 migrants have landed in Britain this year despite the Home Office handing millions over to the French to stop the people smuggling gangs.

Border Force and RNLI rescue boats carried on making interceptions off the south coast well into the late afternoon as the sun set.

Among those brought ashore was a young child wearing a pink furry hat.

Home Secretary Priti Patel has begun paying France the first instalments of a £54 million deal she agreed in July to prevent Channel crossings.

But she has demanded the French authorities intercept at least three in four boats to receive cash – and Home Office sources said they were confident the French would soon start intercepting all crossings.