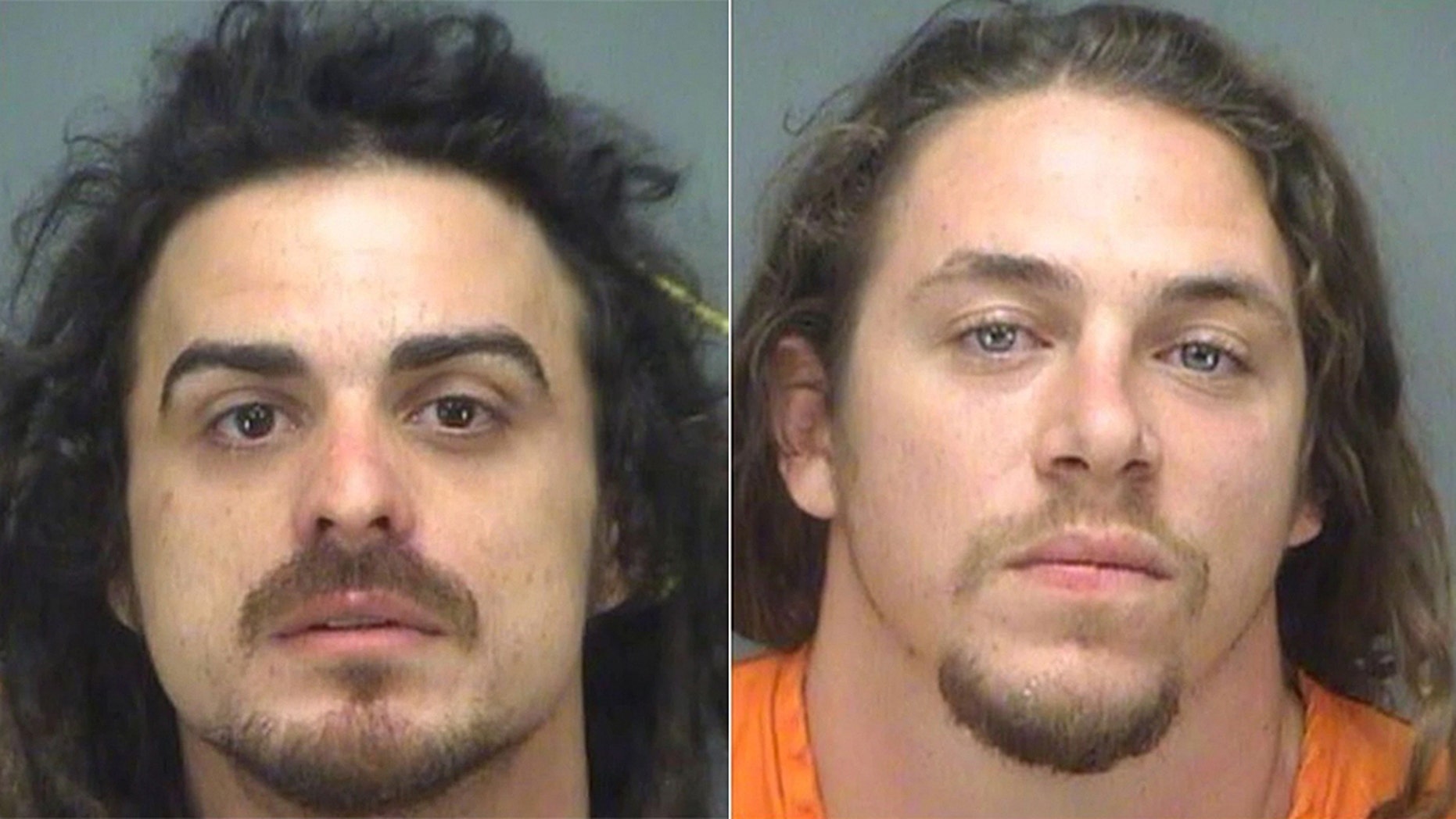 Shay Morgan Tracy, 28, of St. Petersburg and Alex Anthony Laky, 27, of Hudson, were arrested on criminal mischief charges after being accused of climbing the city of Largo’s 35-foot Christmas tree in Florida.
(Pinellas County Sheriff’s Office )

Two dim bulbs have been arrested for climbing a Florida city's 35-foot Christmas tree festooned with lights and ornaments, according to reports Friday.

The pair was also observed throwing ornaments from the tree, which stands in the middle of Largo's downtown Central Park during the holidays, the Tampa Bay Times reported. 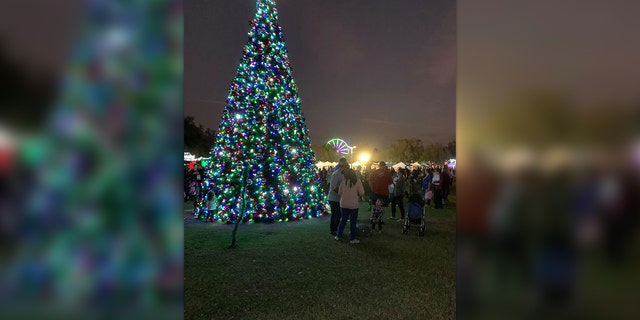 Officers charged the two Florida men, Shay Tracy, 28, of St. Petersburg, and Alex Laky, 27, of Hudson, with criminal mischief, according to court records.

They were released from jail after each posted $150 bail.

Lt. Scott Gore told the Times there was minor damage to the tree.

The tree had “very minor damage, some broken branches that are not noticeable," he said. "Most of the damages were broken ornaments that have since been replaced.”

Two people saw Tracy and Laky scaling the tree, Fox 4 Cape Coral reported. One of them was a City of Largo employee.

Both Tracy and Lakey confessed to the police, the station reported.

The tree is a popular attraction in Largo. There was a lighting ceremony on Dec. 7.