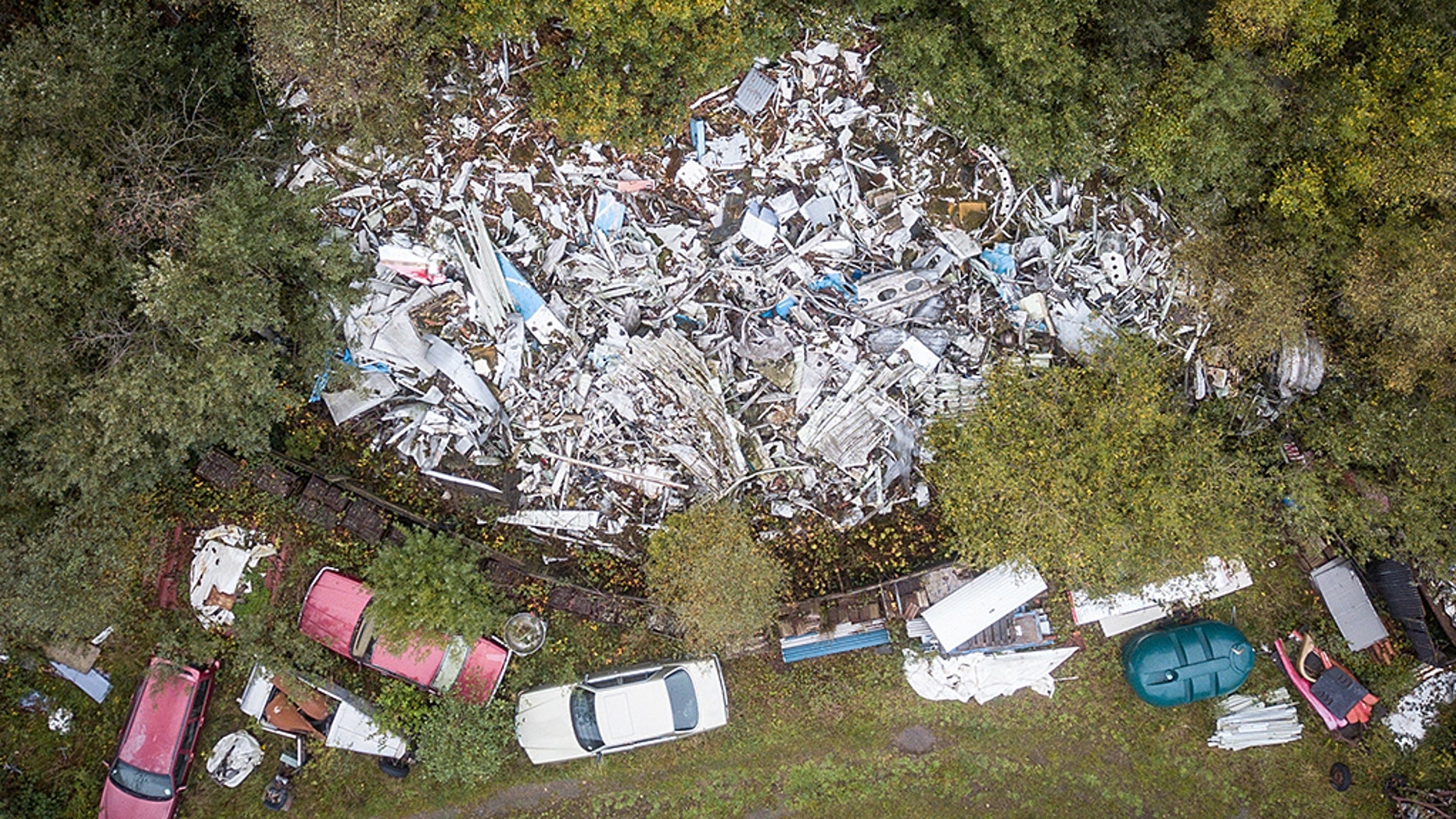 The wreckage of Pam Am flight 103, 30 years after the Lockerbie disaster, lays in a scrap yard in Tattershall, Lincolnshire, UK.
(SWNS)

Nearly 30 years after Pan Am Flight 103 was blown out of the sky over Scotland, killing all 259 passengers and crew members aboard, the final resting place for some of the wreckage has been revealed in new photos to be at a scrapyard in the English countryside.

In aerial photos obtained by South West News Service, much of the plane's remains can be seen at Windleys Salvage in the village of Tattershall, located about 150 miles north of London.

The classic blue and white Pan Am livery is still clearly visible in the pile of splintered metal, hidden behind a fence and along a wooded area. 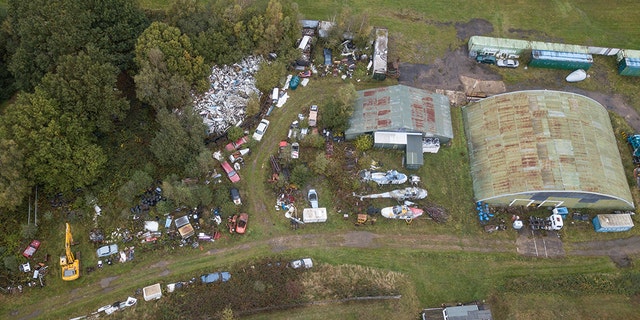 Much of the wreckage from Pam Am flight 103 can be seen at Windleys Salvage in Tattershall, England.
(SWNS)

Flight 103 was traveling from Frankfurt to Detroit on Dec. 21, 1988, via New York and London when it was downed about a half hour after takeoff by a bomb smuggled aboard.

Of those killed on board, 178 were Americans and 35 were Syracuse University students headed home for Christmas after completing a study aboard program. There were 11 people killed on the ground in the small town of Lockerbie, Scotland by falling debris. 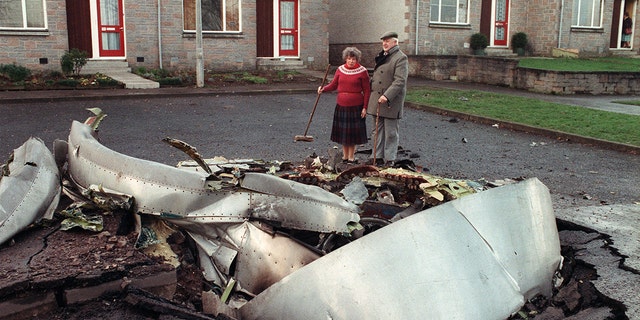 Local resident Robert Love stands by one of the four engines of the ill-fated Pan Am 747 Jumbo jet, 22 December 1988, that exploded and crashed 21 December on the route to New-York, with 259 passengers on board.
(ROY LETKEY/AFP/Getty Images)

After the bombing, wreckage from the plane was collected and transported to an army base, while the mid-section where the blast took place was taken to the Air Accidents Investigation Branch, according to The Sun. 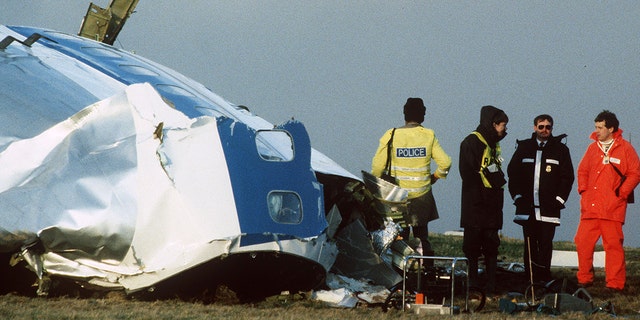 Scottish rescue workers and crash investigators search the area around the cockpit of Pan Am flight 103 in a farmer’s field east of Lockerbie Scotland after a mid-air bombing killed all 259 passengers and crew, and 11 people on the ground.
(Getty Images)

The rest of the metal from the plane was taken to Windley's Salvage, where it must remain until all investigations and appeals into the terror attack are complete, according to The Sun.

Libyan Intelligence Officer Abdel Baset al-Megrahi became the only person convicted for the bombing and was jailed for life in 2001 on 270 counts of murder, but was released on so-called compassionate leave in 2009 after being diagnosed with terminal prostate cancer.

His release drew outrage in the U.S. and Europe — and was celebrated in Libya — until he eventually died in 2012 at the age of 60.