Noises off? Yes, they were – and the lights! PATRICK MARMION reviews Noises Off

The play about the play in which everything goes wrong did indeed go horribly wrong at last night’s opening night.

With Meera Syal leading the cast as the housekeeper who’s also having back stage affairs, the show hit the buffers thanks to a technical glitch in the second half.

Oops. The trouser-dropping comedy itself found its trousers round its ankles.

At first no one knew what was happening. The sound had stopped and most of the lights failed. Then a stage manager walked on and announced the show would have to halt and (they hoped) restart. 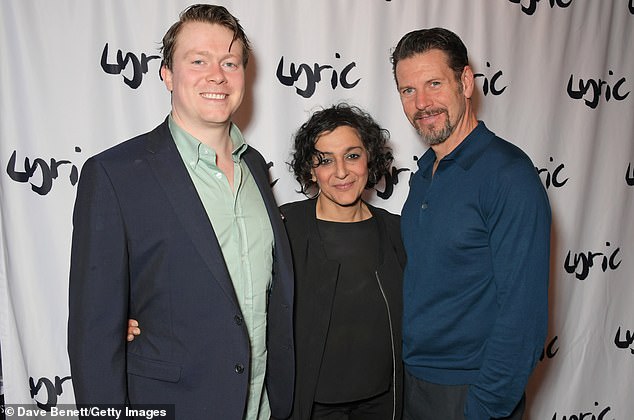 Actors Daniel Rigby and Meera Syal, with director Lloyd Owen at the press night after party for Noises Off

Was this a prank? Part of the play? No, the curtain came down for real amid gasps and theatregoers looking at each other not knowing whether to laugh or groan. But theatre audiences are nothing if not a loyal bunch and sympathetic applause soon vied with whoops of encouragement.

Ten minutes of nervous conversation followed. The lights came up, the lights went down.

Would they or wouldn’t they continue? Would they have to start from the beginning? Would we make our restaurant booking? The play is supposed to be sending up this kind of toe-curling hiccup and instead it’s the victim of it.

Written by Michael Frayn in 1982 and opening in this theatre before transferring to the West End, it’s reckoned by many to be a classic of its kind. 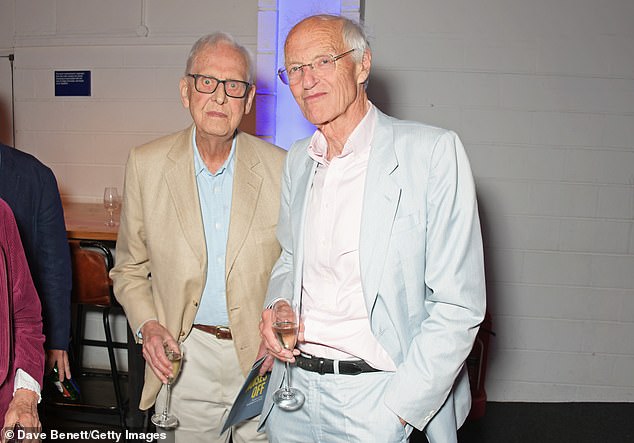 It sends up the back-biting and off-stage conflict that besets a theatrical troupe that are barely managing to keep the show on the road.

Syal plays the housekeeper originally played by Patricia Routledge. She is supposed to be looking after the home of a small-time UK tax dodger with a house in Spain. Her role is to sow confusion with plates of sardines and a malfunctioning telephone. The play-within-the-play is called Nothing On and is fiendishly complicated. It has more intricate moving parts than a Rolex watch and is set with no fewer priceless gems of comic set pieces. 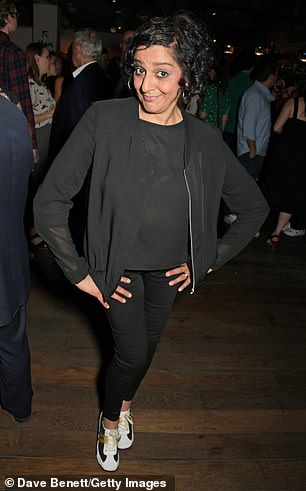 Even more complicated are the back-stage shenanigans in the second half.

By now, affairs and tantrums have set in. Flowers go to the wrong woman, whisky falls into the hands of the cast louche, a fire axe becomes an instrument of vendetta, a cactus lies in wait for the backside of the vain but unsuspecting director.

And doors bang faster than a Thin Lizzy drum solo.

The director role was originally played by Paul Eddington but here it’s Lloyd Owen with a goatee in the style of 1970s theatre director Sir Trevor Nunn. To see it going wrong in real time was an excruciating experience. But the cast directed by Jeremy Herrin will dine out on the tale for years to come.

You couldn’t have scripted it and indeed they didn’t. But the actors prove a sterling company and with nerves already high on opening night, they drove through to the end with gritted teeth and impressive resolve.

The play itself may be as dated as a Fawlty Towers en suite bedroom and nobody really laughs at sex maniacs any more – they’re now denounced as sex predators.

But when you can cope with adversity as coolly as this, all must be forgiven.

The final applause was long, hard and loud.

Car crashes into back of downtown Kelowna business