People who need Covid-19 tests have been sent to a non-existent location in Kent.

Officials said the site, in Sevenoaks, had been listed on the Government’s list of test centres online but that there was no site there.

One woman reported seeing cars circling the address as they tried to find the site, according to the BBC.

Angie Waters, 67, whose 74-year-old husband has chronic obstructive pulmonary disease (COPD), booked a test when she developed a cough. 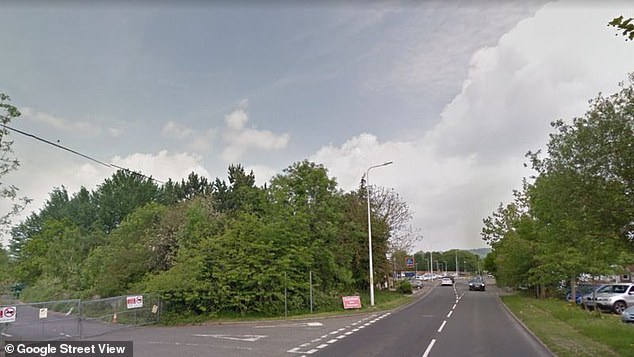 She told the BBC: ‘I thought to be on the safe side I’d better get tested, I don’t want to put him at risk.’

She added that when she arrived at the address, she ‘noticed all these other cars’ were ‘circling around’ trying to find the site.

‘It was just a joke,’ she said. ‘I spoke to one woman who said she had been going round for an hour.’

Sevenoaks District Council leader Peter Fleming said they had been asked by government officials to try and identify a testing site in the area but said none had been signed off by the government at this stage.

The council leader took to Twitter and said: ‘We have been informed that the SDC site on the Otford Road Sevenoaks has been listed on the government website as a Covid Test site and people have been given timeslots to arrive – this is not the case, this site is not a Test facility.

‘We have been asked by the Kent public health team to help them find a suitable location within the Sevenoaks district for a Covid Test site, however no site has been cleared by government or is operational within the district at this time.’

When asked how this happened, he said: ‘Appears that they were aiming for it to be open this weekend however it hadn’t had their final sign off – however still made it into the test site list.’

Mr Fleming added that a site visit had not even taken place yet and that they worked with public health teams to get the location taken off the website.

The problem has sparked fury from those who had been sent on a wasted journey.

Jon Waite, who told the BBC he had previously been sent to Birmingham Airport and the Isle of Wight, said he was ‘disillusioned’ with the test and trace system.

Venting on Twitter, he added: ‘Be cool if you guys had turned up to open up the Sevenoaks mobile testing site yesterday on Otford Road.

‘People turning up with bookings and the site was non-existent. Would probably have helped the whole pandemic thing a bit don’t you think?’ 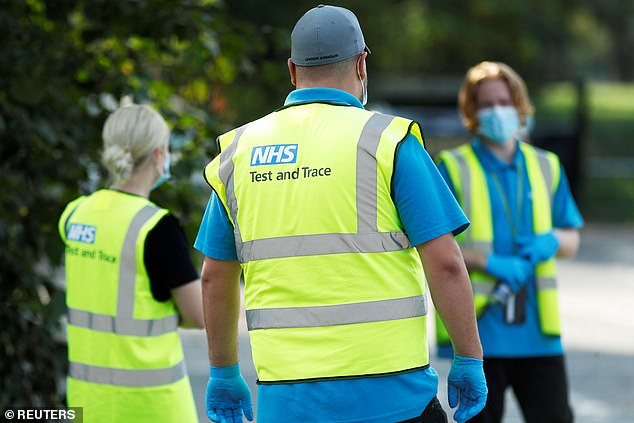 The Test and Trace system has been plagued with controversy since it launched last month. Pictured: Test and Trace workers at a testing centre in Richmond-Upon-Thames in September

The council has since apologised for anyone who made the ‘wasted journey’.

The DHSC said the error has since been corrected and that people were no longer been sent to the location.

It told the BBC NHS Test and Trace was providing an ‘unprecedented’ 270,000 test per day and was ‘on track to achieve capacity for 500,000 tests a day by the end of October’.