Brilliant PhD psychology student, 31, is revealed as the first migrant to die while trying to cross the Channel after she drowned when boat ran into difficulty off coast of Kent 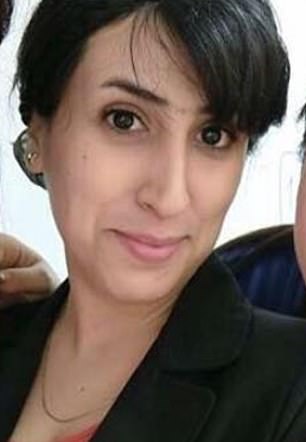 Mitra Mehrad, 31, was a PhD psychology student. She is missing presumed drowned after a boat carrying 20 migrants ran into difficulty off the Kent coast

The first migrant to die trying to cross the Channel to the UK was an Iranian woman who was studying for a PhD in psychology, The Mail on Sunday can reveal.

Mitra Mehrad, 31, is missing presumed drowned after a boat carrying 20 migrants ran into difficulty in poor weather off the Kent coast just over a week ago.

The report of a woman being lost at sea first emerged amid claims of migrants being forced at gunpoint by people-smuggling gangs to board unsafe vessels, but her name had not been known until now.

Two others fell in the water when the boat capsized but were rescued, the MoS can also reveal.

British and French officials are hunting the migrant smugglers responsible for the fatal crossing.

Ms Mehrad arrived in Dunkirk on Tuesday, August 6, and was registered at the Espace Jeune du Moulin, a gymnasium in the suburb of Grande-Synthe that has been converted into a sprawling migrant camp.

Dozens of tents are pitched in a litter-strewn field but officials said Ms Mehrad was seen as vulnerable and given her own cordoned-off sleeping quarters in the family area indoors.

Officials say she stayed for three nights before vanishing on Friday morning. ‘The next thing we heard was that she had disappeared trying to cross and is probably dead,’ one said. ‘It’s absolutely tragic.’

Migrants in the camp are given half a bar of soap a day to wash and rely on charities for food and clothes.

According to Ms Mehrad’s LinkedIn page, she had been based at Assumption University in Bangkok, where she obtained a Master of Science in Psychology in 2015.

Other Iranians in Grande-Synthe said she came from the affluent island of Kish, a popular holiday destination in Iran. She had travelled alone but was intending to meet family in Britain.

Florence, a British volunteer working with the charity Refugee Women’s Centre, said Ms Mehrad appeared ‘happy and well’ when she arrived at the camp.

According to the UK Coastguard, a search party was launched at 1.15pm on Friday, August 9, after a boat was spotted in trouble about 20 miles off Ramsgate.

Two migrants were quickly found but Ms Mehrad remained missing. Helicopters were deployed, but the search was called off after 24 hours.

The number of Iranians who have attempted the crossing has skyrocketed in the past year. Many say they are persecuted Christians seeking asylum in the UK.

One Iranian migrant in Dunkirk said he had been offered a spot on a boat for £10,000. 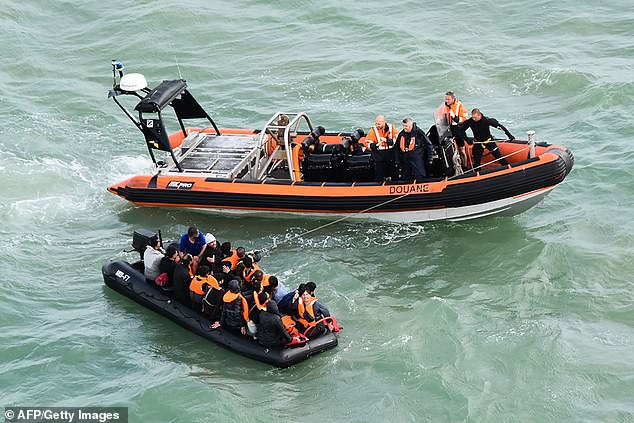 The number of Iranians attempting the crossing has skyrocketed in the past year. Many say they are persecuted Christians seeking asylum in the UK. A space on a boat can cost £10,000

According to Karim Laidouni, an official at the Grande-Synthe mayor’s office, smugglers pose as migrants and live in camps to drum up business.

The past month has seen a flurry of attempted crossings as migrants try to make the most of the summer weather. On the same day that Ms Mehrad went missing, another boat carrying 11 migrants was rescued off the coast of Boulogne.

And over the previous weekend, almost 50 migrants were intercepted off the Kent and Sussex coasts. They included 20 people stopped near Dungeness after arriving in a dinghy.

In another incident, 11 men were discovered in a boat and taken to Dover, while six migrants, including three children, were found by police on the Sussex coast.

A Home Office spokesman said: ‘Crossing the Channel in a small boat is a huge risk.

‘The criminal gangs who perpetuate this are ruthless and do not care about loss of life.’