Don’t look down! Dizzying shot shows climber perched on a narrow cliff ledge – and leaves some viewers wondering if it’s a trick of the camera

A rock climber took his passion to new found heights after recording himself perched on a narrow cliff edge in Boulder, Colorado.

But he took his passion to new heights earlier this year when he recorded himself perching precariously on the edge of a cliff face more than 2,000 metres (6,560ft) above ground on the Second Flatiron. 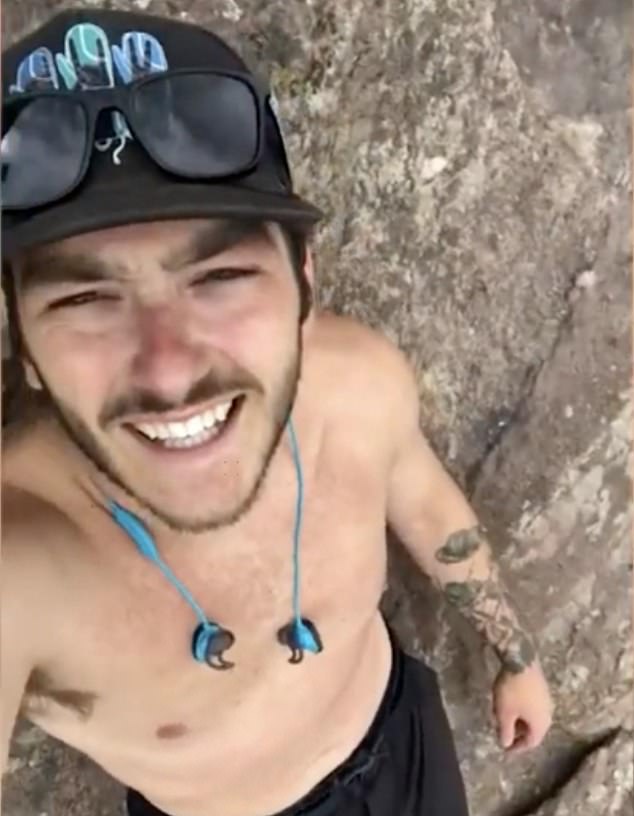 Scott Crady, 24, (above) shot a video of himself apparently perched atop a cliff face in Colorado 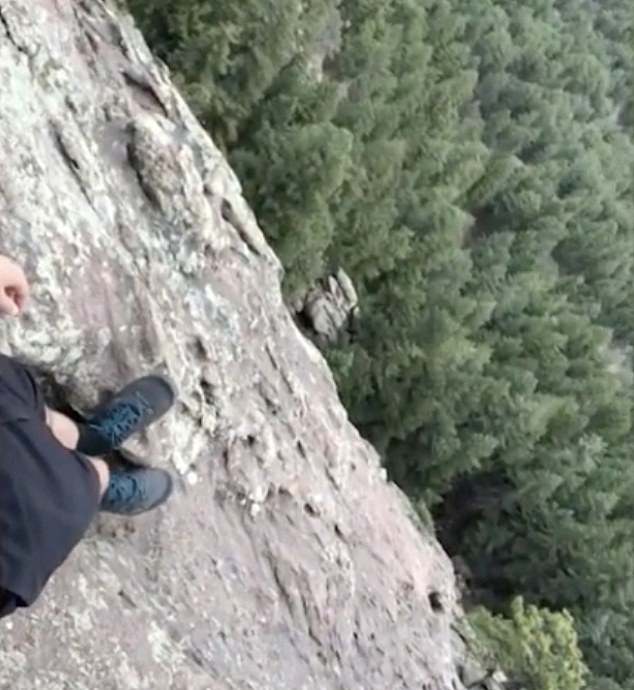 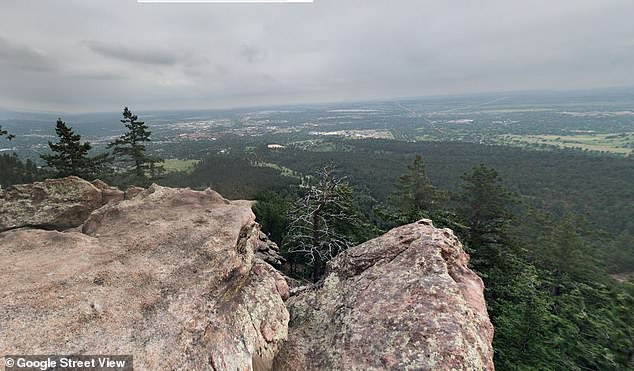 The 2,100 metre summit of the Second Flatiron rock formation in Boulder, Colorado

The shot is so surreal that some viewers questioned whether Scott had employed an optical illusion to help create the vertigo-inducing footage.

He doesn’t appear to be wearing any safety equipment, or have any climbing ropes despite the fact the Second Flatiron is referred to as a difficult climb.

And his Instagram page refers to the importance of ‘depth and direction’, which could further suggest he is trying to fool his viewers.

He decided to film himself taking the Freeway trail up the Second Flatiron, one of Colorado’s most popular mountain routes, in April to show to his friends and family.

In the 30-second clip, shared to social media, Scott lets out a deep exhale before spinning the camera around and showing the depth of the drop should he fall. 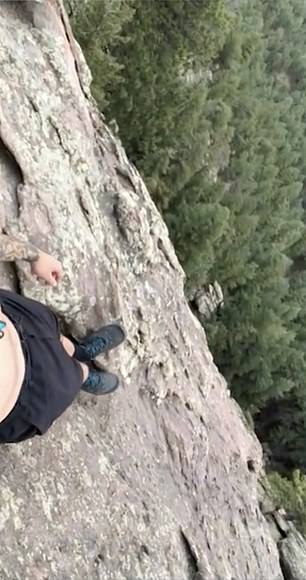 He nods and poses for a smiley shirtless selfie before again turning the camera and showing a leafy valley below.

Most reacted with horror at the video. Carol Bellinetti asked: ‘What on earth is he thinking?’

Others were left unconvinced by the footage, questioning if Scott was in fact lying flat on the ground and creating an optical illusion.

Willow Eley wrote: ‘He’s nowhere near the edge. You will notice he’s actually laying down near the edge with the camera at a certain angle giving the impression he’s on the cliff face.’

Scott has been climbing for just over five years and says he enjoys mostly alpine and ice climbing.

Local rescue services are no strangers to wayward climbers on the Flatirons, having to rescue multiple people each year.

Last October, a local Denver resident taking the trip up the 2nd Flatiron died after falling from the 2,164-metre (7,100ft) summit.

The 1st and 2nd Flatirons are described as the ‘most prominent features’ of the surrounding landscape on hiking websites, and are recommended for experienced climbers.

They sit just above and overlook the Boulder valley, west of the city centre which is the home of approximately 300,000 people.

How do you know you have a blood clot? Spotting the signs after fears linked to AstraZeneca vaccine