Get up! Playful pooch wakes up teenager by pulling off her bedding – and won’t take no for an answer

This is the adorable moment a dog refuses to let a teenager sleep by pulling off her bedding.

Winnie the black and white Boston terrier can be seen jumping onto the bed and using its paws to pull back the blanket as the girl lies sleeping.

Ellie Kettering, 15, from Wyoming, can be seen bursting into fits of laughter as her dog waits expectantly for her to play with it. 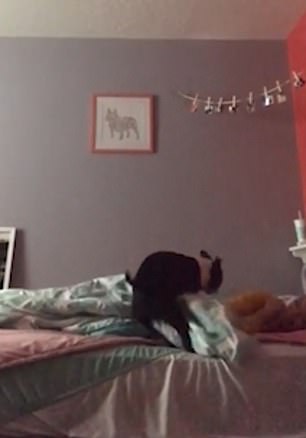 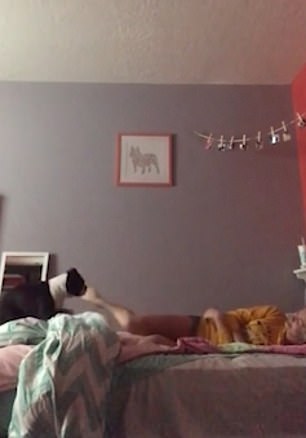 Winnie the black and white Boston terrier uses its paws to pull back the blanket as Ellie Kettering, 15, lies sleeping

Teasing the dog, Ellie pulls back the sheet – to which Winnie immediately pulls it back again.

Laughing at the hilarious scene, the teenager does this numerous times but Winnie refuses to take no for an answer.

Every time Winnie pulls the bedding back she wags her tail waiting to be played with.

Mother Lory Kettering, 42, filmed the hilarious moment. She said: ‘Winnie loves to wake Ellie up on the weekends.

‘She regularly although she was never trained to do this.’ 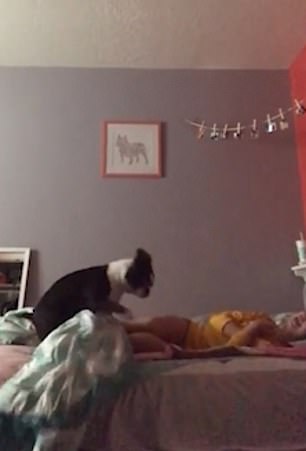 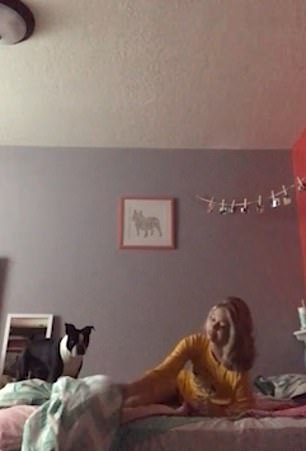 Teasing the dog, Ellie laughs as she pulls back the sheet – to which Winnie immediately pulls it back again

Boy, 13, drowned when his leg got sucked into filter at water park near Cancun as dad desperately tried to save him