BELGRADE (Reuters) – Serbia’s prime minister suggested on Wednesday that any creation of a standing army in Kosovo could provoke a military intervention by Belgrade, two decades after Kosovo Albanians’ uprising against Serbian rule. 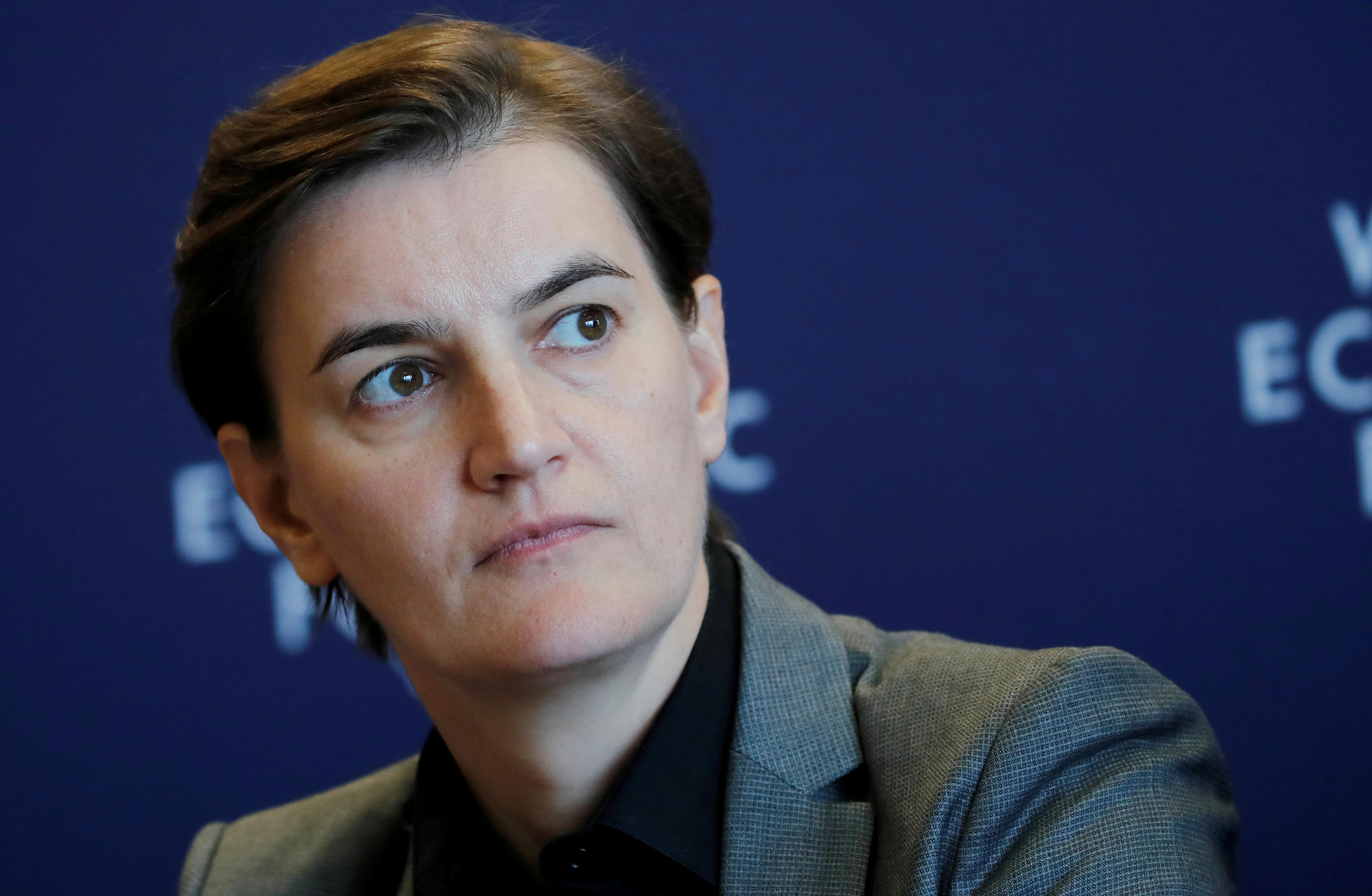 The predominantly ethnic Albanian Kosovo parliament is set to vote on Dec 14 on whether to transform its 4,000-strong, but lightly armed, defense force into a regular army.

Though that process could take years, Serbian politicians maintain that a Kosovo army could be used to expel remaining minority Serbs from Kosovo, an accusation denied by Kosovar leaders who rely on European Union and U.S. support in reforms and development of the impoverished, small Balkan state.

“I am hoping we would never have to use it (the army), but this is currently one of the options on the table as we do not want to watch this … ethnic cleansing,” Prime Minister Ana Brnabic told reporters in Belgrade.

Balkans analysts said that any action by Serbia’s 28,000-strong army against Kosovo is highly unlikely given Belgrade’s aspirations to join the EU and that Brnabic’s remarks appeared to be a sop to Serbian nationalists.

“Brnabic’s claims…are in conflict with a recent statement of President Aleksandar Vucic who said that sending the (Serbian) army to Kosovo would lead to direct conflict with NATO,” said Milan Karagaca, a former military diplomat and a member of Belgrade’s Center for Foreign Policy think-tank.

Fraught relations between Serbia and Kosovo, which declared independence in 2008, soured further when Pristina slapped 100 percent tariffs on imports from Serbia and Bosnia on Nov 21 in retaliation for Belgrade’s lobbying against Kosovo’s admission to Interpol, the international police group.

“Such a move … goes against the advice of many NATO allies and may have serious repercussions for Kosovo’s future Euro-Atlantic integration,” Stoltenberg said in Brussels.

He also described the tariffs introduced by Pristina as divisive, adding that such steps are making EU-mediated dialogue between Serbia and Kosovo “even more difficult.”

He urged both sides to refrain from provocative steps and statements and to seek compromises if they want to move “toward a better future.”

Brnabic said the tariff hike would bring trade with Kosovo to a halt, costing Serbia 42 million euros a month. But Vucic said on Tuesday there would be no counter-measures.

The EU has said Belgrade and Pristina must normalize relations and resolve territorial and other outstanding disputes as a condition for progress toward EU membership both seek.

Kosovo has since been recognized by more than 110 countries. A group of nations including Serbia, China, five EU members and Russia have refused to recognize it.

Although Serbia maintains military neutrality, it belongs to NATO’s Partnership for Peace Program, while retaining its longstanding political and security ties with Russia.

This meal-delivery service does all the prep work, so dinner is ready in 15 minutes