Mother-of-eight who claims £30,000 a year in benefits reveals police warned her for taking children out for exercise during lockdown after officers mistook them for TWO families

A mother of eight has revealed she was warned by police for taking her children out during the coronavirus lockdown because an officer mistook them for two families.

Marie Buchan from Birmingham went to Lickey Hills in Worcestershire with five of her brood for half an hour of exercise.

The 37-year-old, known as ‘Octomum’ and ‘Britain’s welfare queen’ after boasting on reality TV how easy it was to milk the system, said an officer told them to go home.

She claimed the policemen thought she and her children were two different families meeting up. 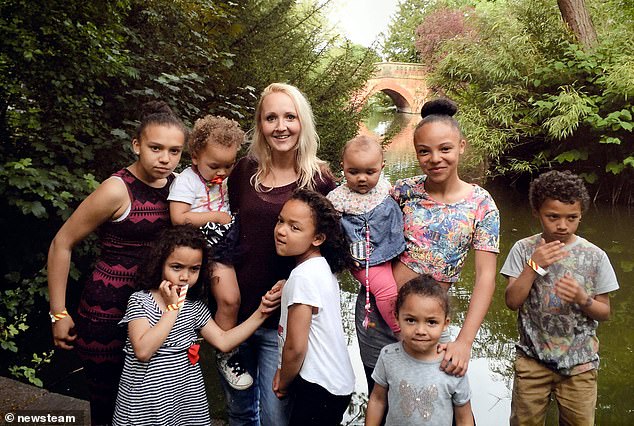 Ms Buchan, who claims £30,000 a year in benefits, told Birmingham Live: ‘We had just sat down to have some water when my son said ”mum the police are here”.

‘The officer came over and told us we had to go home. I think he thought we were two families meeting up.

‘He warned us we could be fined if we didn’t move on but obviously we got up and went back to the car.’

At the time of the incident two weeks ago, Britons were not supposed to travel for longer than they would exercise.

Ms Buchan’s trip from Selly Oak to Lickey Hills would have taken around 15 minutes, which was allowed under the lockdown rules because they walked for half an hour. 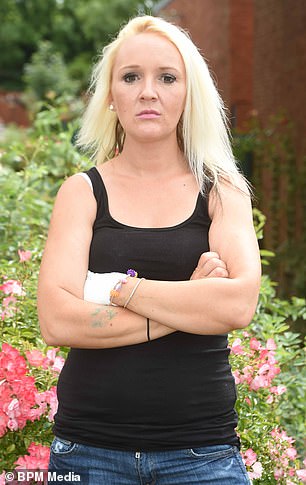 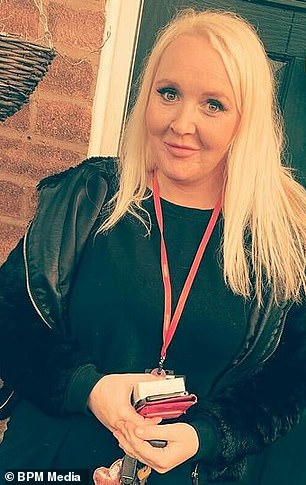 The 37-year-old (left and right), known as ‘Octomum’ and ‘Britain’s welfare queen’ after boasting on reality TV how easy it was to milk the system, said an officer told them to go home

The mother also revealed she has faced other problems while under the coronavirus restrictions.

She said she had gone to a supermarket with four of her children when she was told not all of them could come in.

She said: ‘I took four of the younger children shopping to a supermarket. Staff at the entrance told me there was too many of us and asked for the children to stay in the car.

‘There was no way I was leaving any of my kids in the car so I came away. It was upsetting as some single mums have no other option but to take their children shopping with them. 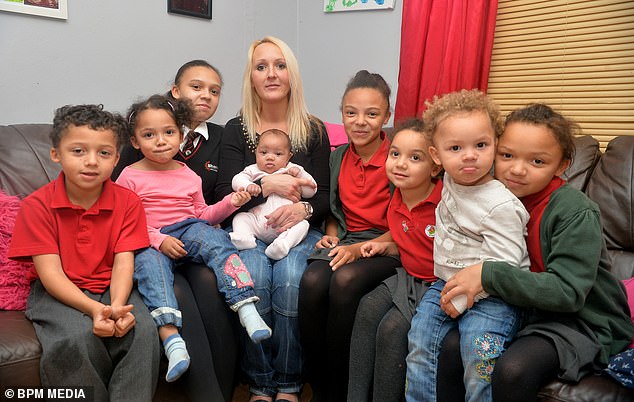 ‘I know we have to be strict with the number of people into shops due to social distancing but in my position I didn’t really have much choice.’

Ms Buchan and her children, who are between the ages of six and 18, live in a four-bedroom housing association property.

She previously appeared on This Morning saying life was better on benefits and she would spend her future wages on a boob job.

She has also claimed she was being turned down for her dream job as a garage mechanic because of sexism.

She had applied for dozens of positions after gaining a Level 2 diploma in mechanics.

Tiger King star Carole Baskin’s missing husband ‘had signature FORGED on will’ that gifted fortune to her, expert claims – The Sun

Architect unveils vision for houses anchored to the sea bed