A police constable faces expulsion from his force for allegedly trying to buy a £9.95 box of Krispy Kreme donuts for 7p by sticking a barcode for carrots on them.

PC Simon Read faces a misconduct hearing over the alleged incident at Tesco Extra in Wisbech, Cambridgeshire on February 10 this year.

He is accused of entering the store while in uniform and on duty and selecting a cardboard tray of 12 Krispy Kreme donuts priced at £9.95, with a barcode on.

The constable is said to have gone to the fruit and vegetable area and used the self-service scales to obtain a barcode sticker for carrots with a price of 7p.

PC Read stuck the carrot barcode on the donut tray and scanned it at a self-service checkout so that he was charged 7p for the donuts, it is claimed. 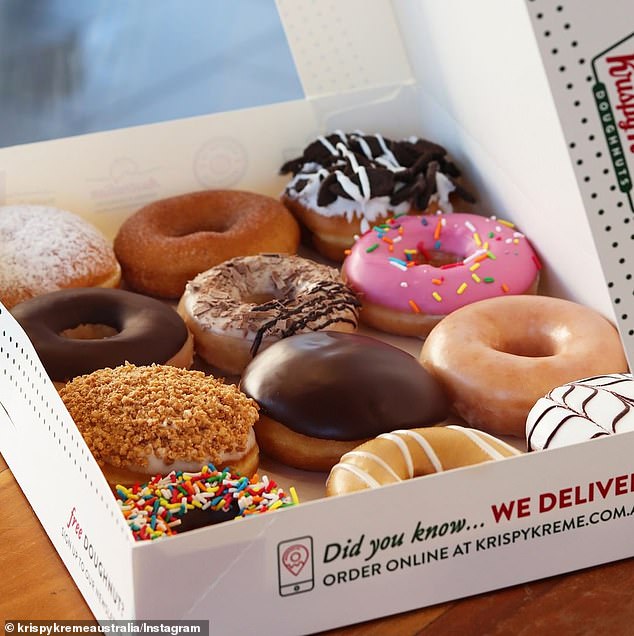 A police constable faces expulsion from his force for allegedly trying to buy a £9.95 box of Krispy Kreme donuts for 7p by sticking a barcode for carrots on them (file photo)

Papers released by Cambridgeshire Police ahead of the two-day hearing, due to take place in Peterborough from November 25, say his alleged breach of professional standards is ‘so serious that dismissal would be justified’.

The preliminary report on the hearing states two alleged breaches of the Standards of Professional Behaviour: Honesty & Integrity, and Discreditable Conduct.

Writing to PC Read, Cambridgeshire Police claim: ‘You selected a cardboard tray containing 12 Krispy Kreme donuts that were priced at £9.95.

‘The donut tray had a price barcode on it. You then went to the fruit and vegetable area where you used the self-service scales to obtain a self-adhesive barcode price label for carrots with a price of £0.07 (7 pence).’

Police claim he ‘stuck the price label for the carrots on to the donut tray’.

The hearing is being held in public but because of Covid-19 restrictions ‘members of the public and media should be prevented from attending in person’.

Coronavirus deaths in France slow for a second day running

People living in poorer areas are ‘more likely to die of asthma’, experts warn – The Sun