Victorian Treasurer Tim Pallas has defended his government’s economic performance after a scathing analysis from a respected economist that found the state’s residents were poorer than those of any other jurisdiction except South Australia.

Former ANZ chief economist Saul Eslake found Victorians were lagging behind most other states and territories on household disposable income and economic productivity, and accused the Andrews government of incompetence in its handling of the pandemic. 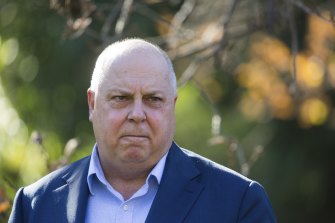 The economist said Victoria had gone from a stand-out performer at the start of the century to a laggard, taking aim at what he called the “do nothing” former Liberal Baillieu/Napthine government and the present Andrews Labor government which has been in power since 2014.

Mr Eslake laid the blame for the state’s current economic position squarely at the feet of the Andrews government.

“Victoria has done itself severe damage by its incompetent handling of the pandemic,” Mr Eslake said.

“Saul is entitled to his opinion but … the employment market in Victoria is now bigger than it was in February last year, more people in jobs, we’re on the national unemployment level, our economy is growing at twice the speed of the national economy,” Mr Pallas told 3AW on Monday.

“So I find it a little hard to reconcile the observations that Saul makes with what is transparently the outstanding performer in the nation.”

Mr Eslake’s analysis of Australian Bureau of Statistics data showed disposable income per person in Victoria was $48,107, more than $3200 below the national average of $51,394.

He argued Victoria’s record numbers of migrants from interstate and overseas had propped up economic growth, covering up a decline over the past decade, the AFR reported.

But repeated lockdowns and international border closures since the outbreak of COVID-19 had upended that strategy.

Man stabbed during fight in West Village amid Friday’s protests