The bulldog, since named Florence after the road she was found in, was left in a filthy wet crate wrapped in plastic, which had no bedding and was filled with faeces. 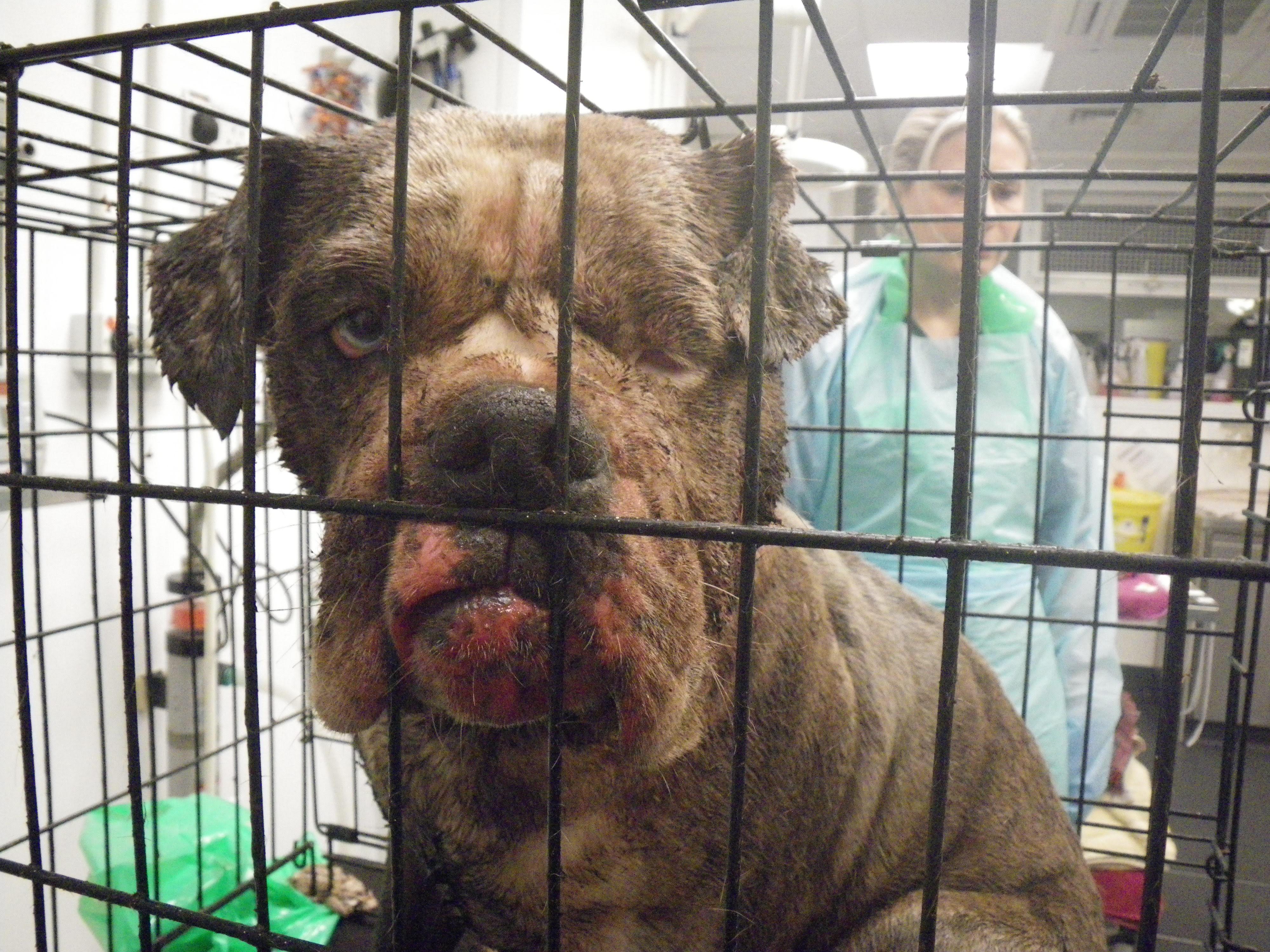 Florence was taken to hospital where Vets found that her uterus, which had ruptured, had a dead puppy inside.

If Florence had not been found and provided with intensive treatment she would soon have died, according to the RSPCA.

RSPCA animal welfare officer Nicola Thomas said: "When I first picked her up she was covered from head to toe in faeces and smelled so awful. You couldn’t actually tell what colour she was meant to be.

“Dumping a dog for any reason is heartbreaking, but to think that this girl was so poorly and also in the midst of labour is just tragic." 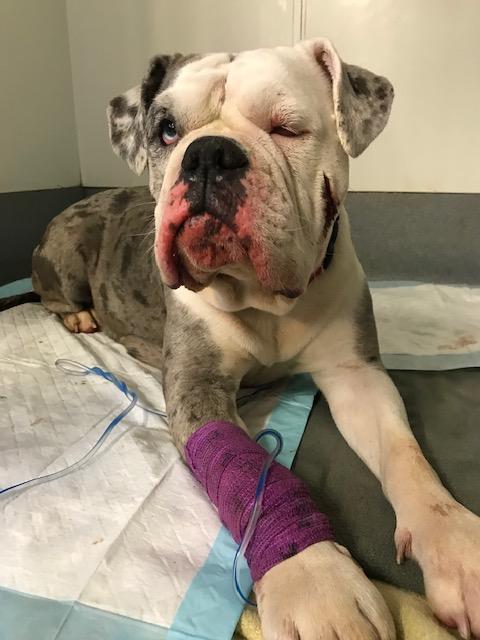 The dog was found in Florence Road near Finsbury Park, North London.

The RSPCA are appealing for anyone who recognises the dog to come forward.

They believe the owner could be local and Florence was used for breeding. 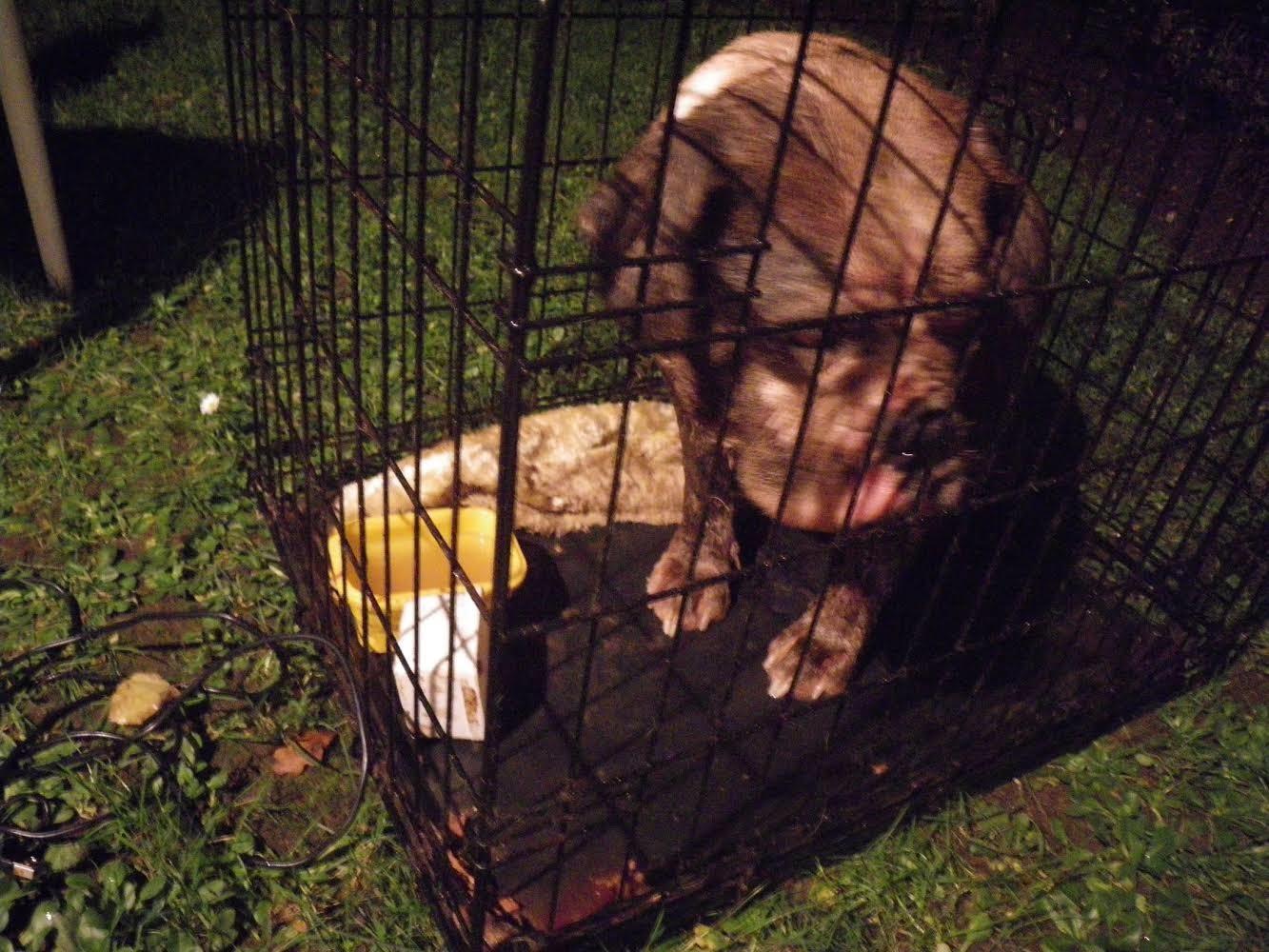 “Florence is very poorly but staff at the hospital are doing all they can to make her comfortable and we just hope she has the strength to pull through.”

A spokesman for the RSPCA’s Harmsworth Memorial Animal Hospital said: "Poor Florence has been through a heart-breaking ordeal, but despite it all she has still been friendly.

“When she came into us we did an ultrasound that showed the presence of a dead foetus in her uterus.

“Sadly it is most likely she was having difficulty giving birth when she was abandoned.

“If she had been seen by a vet sooner they could have intervened and maybe helped and saved her pup. There was also a superficial wound on her face which has been treated. She is currently recovering on fluids and medications but is still in a serious condition.”

Statue of The Queen is TOPPLED by protesters in Canada over deaths of 1,000 Indigenous children found in mass graves