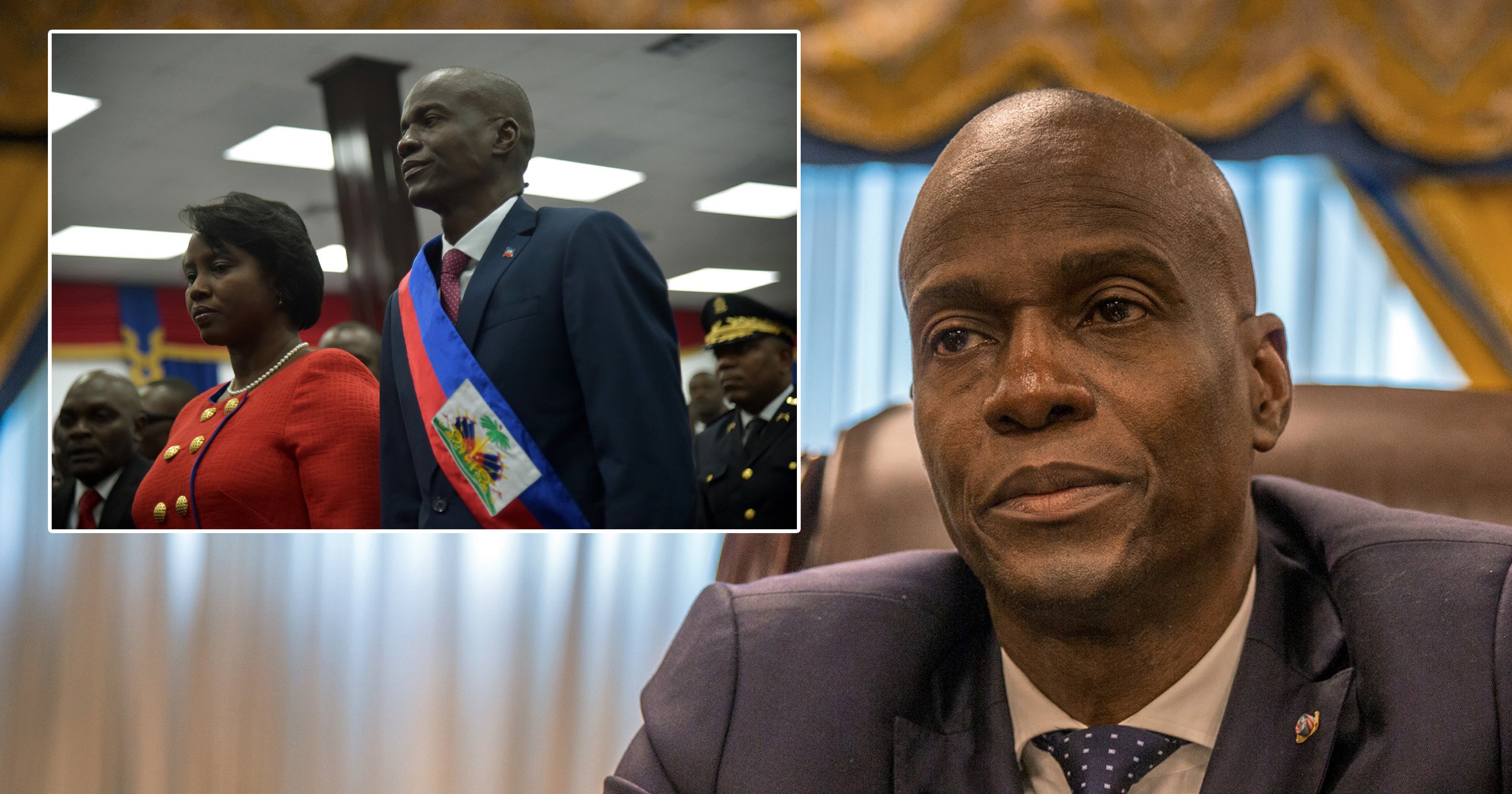 President of Haiti Jovenel Moïse has been assassinated at his home, the government confirmed.

Mr Moïse was shot in his private residence by an armed gang after they broke in at around 1am on Tuesday, confirmed interim premier Claude Joseph.

Dr Joseph described the attackers as a ‘group of unidentified individuals’ with some speaking in Spanish and English, as he condemned the ‘hateful, inhumane and barbaric act’.

First Lady Martine Moïse was also hurt in the attack and is currently being treated in hospital.

It is not yet known how serious her injuries are.

Dr Joseph confirmed he is now in charge of the Caribbean nation.

Confirming the president’s death in a statement in French, he said: ‘At around one in the morning on the night of Tuesday July 6 to Wednesday July 7, 2021, a group of unidentified individuals – some of whom spoke Spanish – attacked the private residence of the President of the Republic and mortally wounded the Head of State.

‘The First Lady was also wounded in the attack but is receiving care.

‘Condemning this odious, inhumane and barbaric act, the Prime Minister Dr Claude Joseph, and the Haitian Police (CSPN) have called for calm. The security situation of the country is under the control of the police and the army.

‘All the measures are to guarantee the continuity of the state and to protect the nation.’

Mr Moïse’s killing comes amid deepening political and economic instability and a spike in gang violence in Haiti, the poorest country in the Americas.

It came just hours after he appointed new Prime Minister Ariel Henry to take over from Dr Joseph earlier on Tuesday.

The president had been ruling by decree after legislative elections due in 2018 were delayed following a series of disputes, including on when his own term should end.

The United Nations Security Council, the US, and Europe have been calling for free and transparent legislative and presidential elections to be held in Haiti by the end of 2021.

In addition to the political crisis, kidnappings for ransom have surged in recent months, further reflecting the growing influence of armed gangs in the country.

Mr Moïse, a former banana exporter who had previously never held political office, was sworn in as Haiti’s 58th president in February 2017.

This is a breaking news story, more to follow soon… Check back shortly for further updates.

Got a story? Get in touch with our news team by emailing us at [email protected] Or you can submit your videos and pictures here.