THESE stunning pictures show a unique bar crafted from sand – set to open in Cornwall this weekend.

Created by eco-building expert Molly Windels-Lyte with beer brand Corona, the bar has been constructed on the pristine white Porthminster beach in St Ives without using any man-made materials – only sand, clay, wood and bamboo. 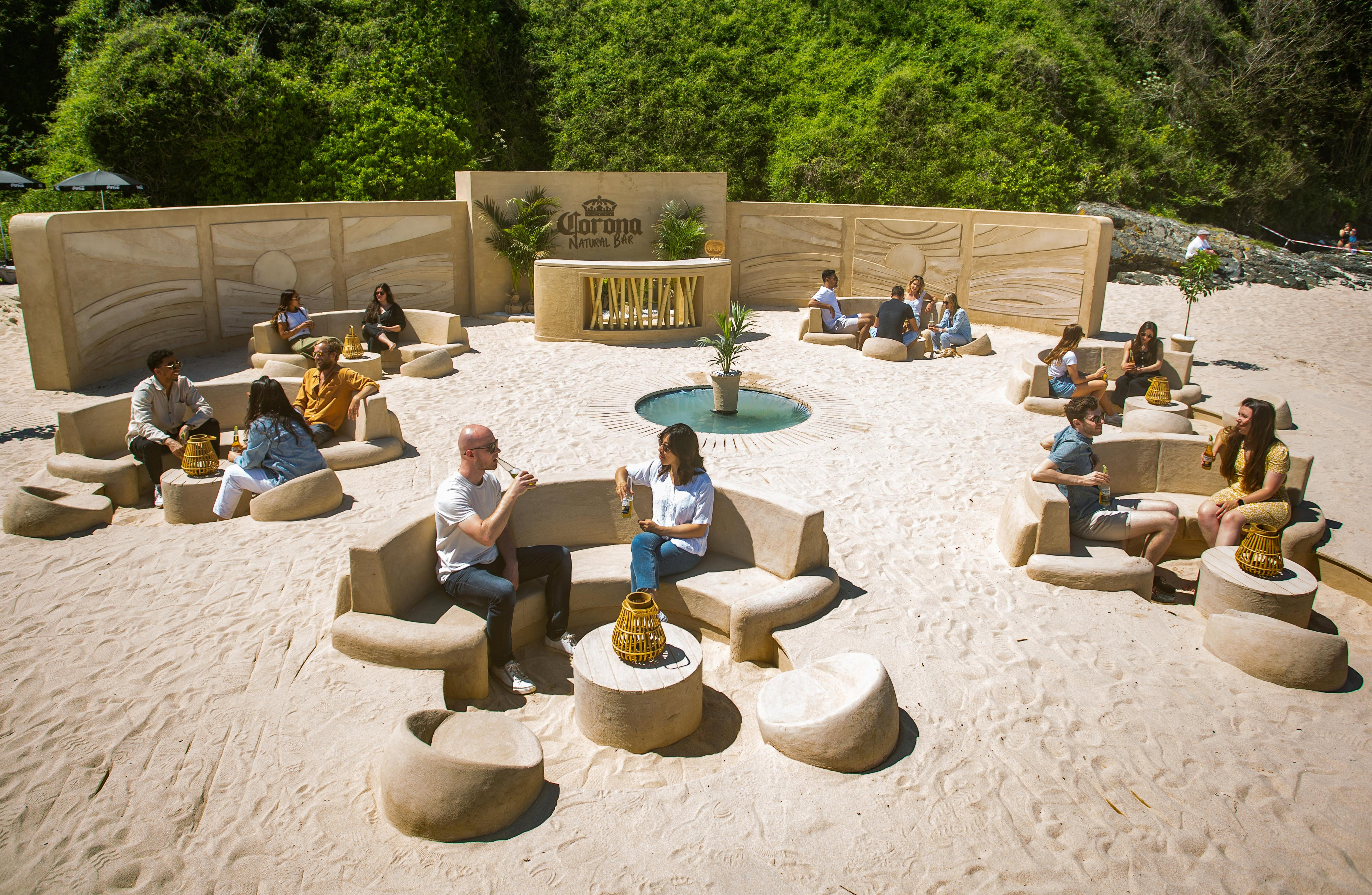 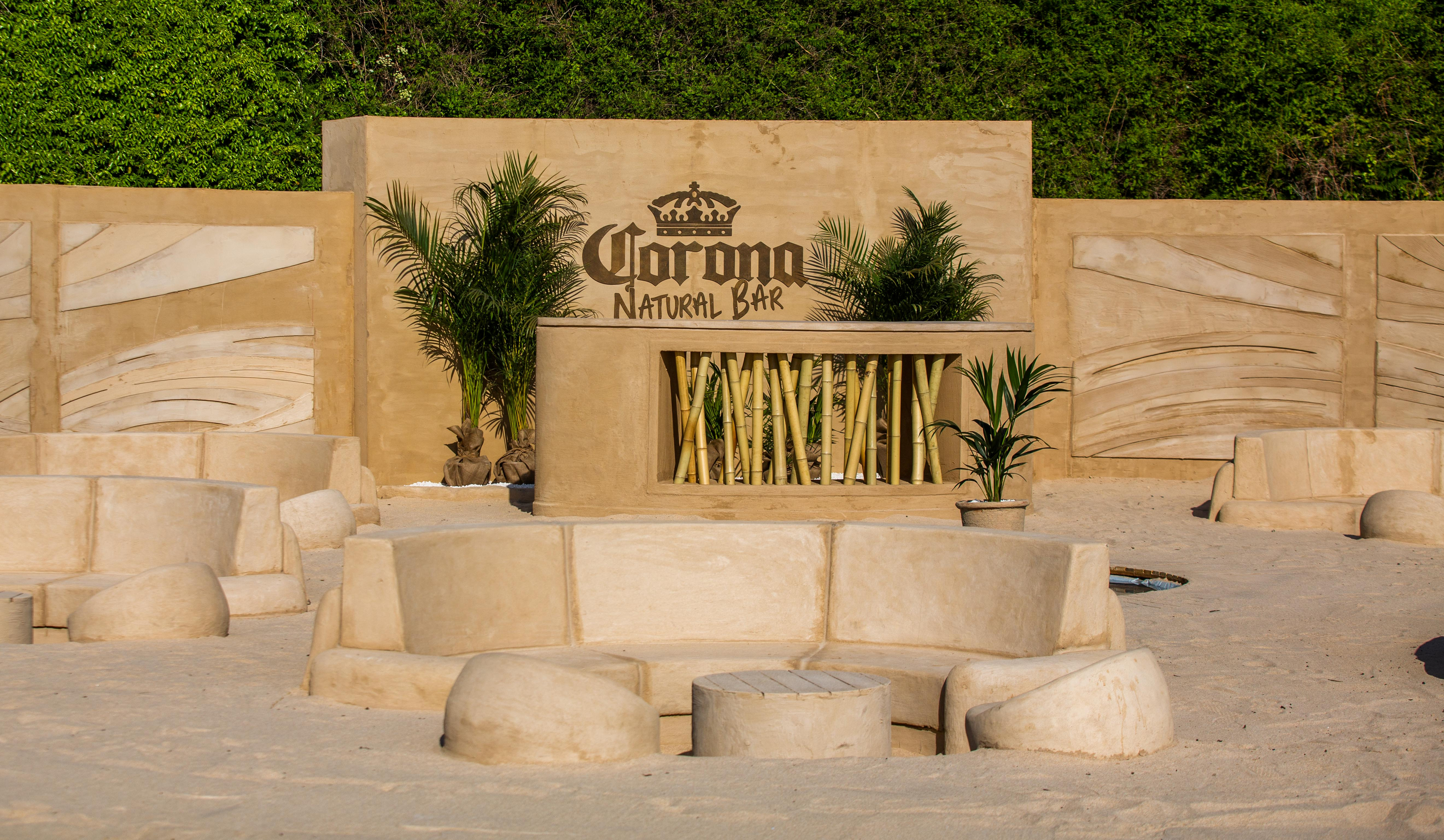 The 100% Natural Bar has been designed to provide a haven for people to disconnect from busy lives and reconnect with friends in nature – without leaving behind any trace on nature itself.

And at the end of its residency, every one of the bar’s elements will be taken away and returned to nature, reused or recycled.

As a fully-functioning bar, it has a ready supply of cold beers, socially-distanced seating and attentive staff, and avoids the risk, litter or disruption often associated with outdoor gatherings.

Eco-builder Molly Windels-Lyte, speaking on behalf of Corona, which is also made from 100 per cent natural ingredients, said: “We know people will be heading to the beach this summer to reunite with friends over a beer.

“But beaches often don’t have the infrastructure for groups of people, illustrated by some of the scenes we’ve seen lately of rubbish taking over these places of natural beauty.

“So, the challenge with building The 100% Natural Bar was to create somewhere better-suited for socialising that kept that connection with nature.

“By limiting ourselves to natural materials, many of which are already recycled or reclaimed, we’re hoping to show that we can build by working with nature, not against it.

“And if we can create an entire bar that leaves no trace in the natural world, people can do likewise when they meet up with their friends.”

Entirely hand-made and filled with carefully crafted details, the bar contains no metal, plastic or concrete at all.

Instead, a frame of sustainable ply, held together with wooden nails, underpins walls made entirely of sand and clay.

Even the hand sanitiser is all-natural, dispensed from a sandstone pump. 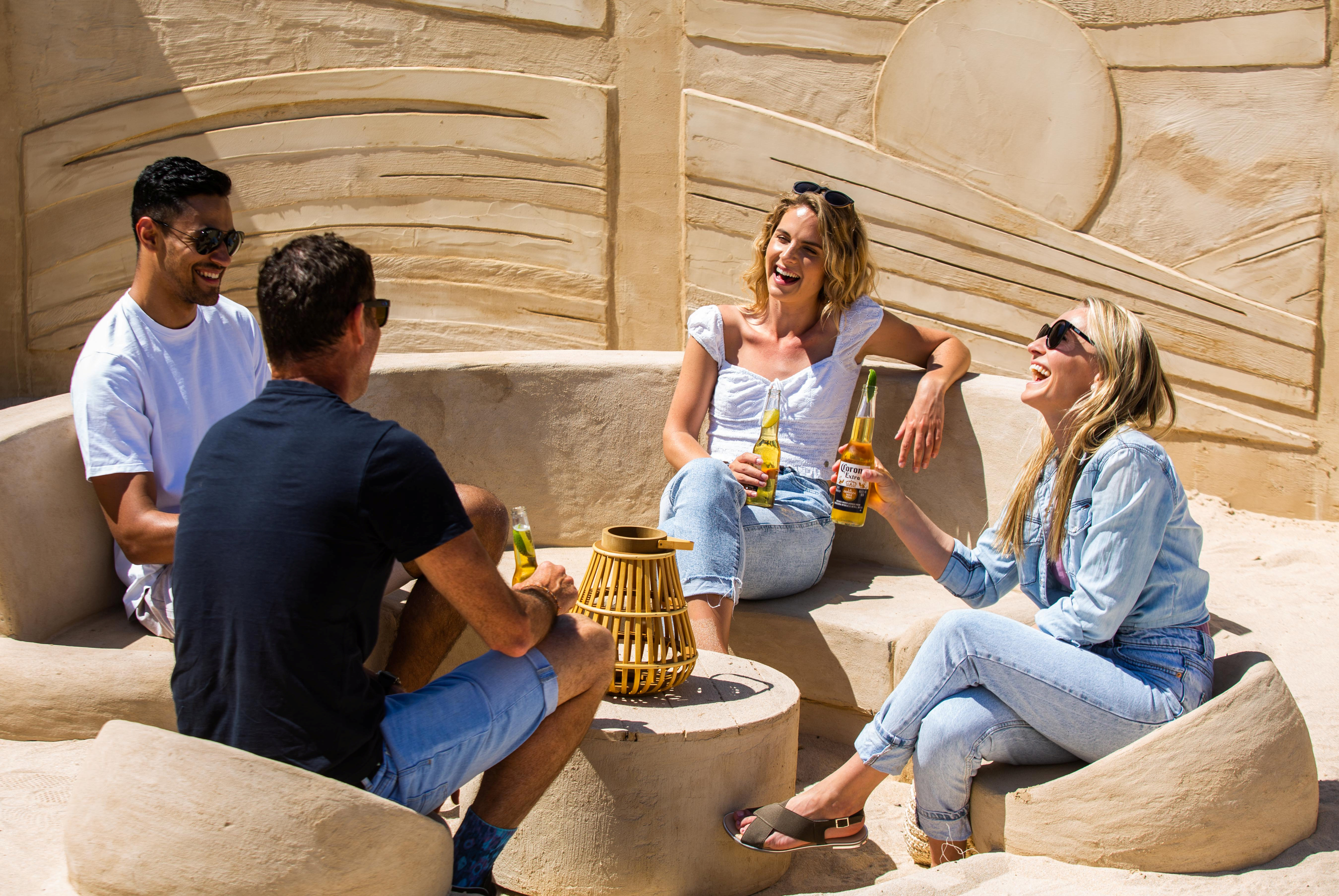 Sunken seating pods, partially excavated from the beach itself, keep guests socially distanced – and encourage them to kick off their shoes and feel the sand between their toes.

When taken down, The 100% Natural Bar will leave no trace in the natural world – and creators Corona are urging people to do the same when meeting up with friends again this summer after research revealed that the country’s passion for outdoor celebrations is tempered by concerns about the toll these gatherings take on nature.

It found two thirds (63 per cent) of under-35s are looking forward to socialising outdoors more this summer, with the beach the most longed-for location (52 per cent).

The biggest motivation for outdoor socialising is being able to get back out into the natural world after so long indoors (61 per cent).

But younger Britons are also mindful of the impact this might have on nature, with 91 per cent believing it important to protect the natural world from the impact of litter created by people gathering there.

Eight in 10 (79 per cent) have seen people leave rubbish in public spaces, with 50 per cent admitting they’ve done it themselves.

Hearteningly, 78 per cent of people say they would clean up after someone else, with 89 per cent believing it important to leave no trace behind them when they leave.

Jessica McGeorge, Corona marketing director, Europe zone, said: “The best place to enjoy a beer made from 100 per cent natural ingredients is outdoors, in nature, with friends.

“But we need to be careful that we protect what makes the natural world such a powerful place to disconnect – the sense of peace, space and beauty. 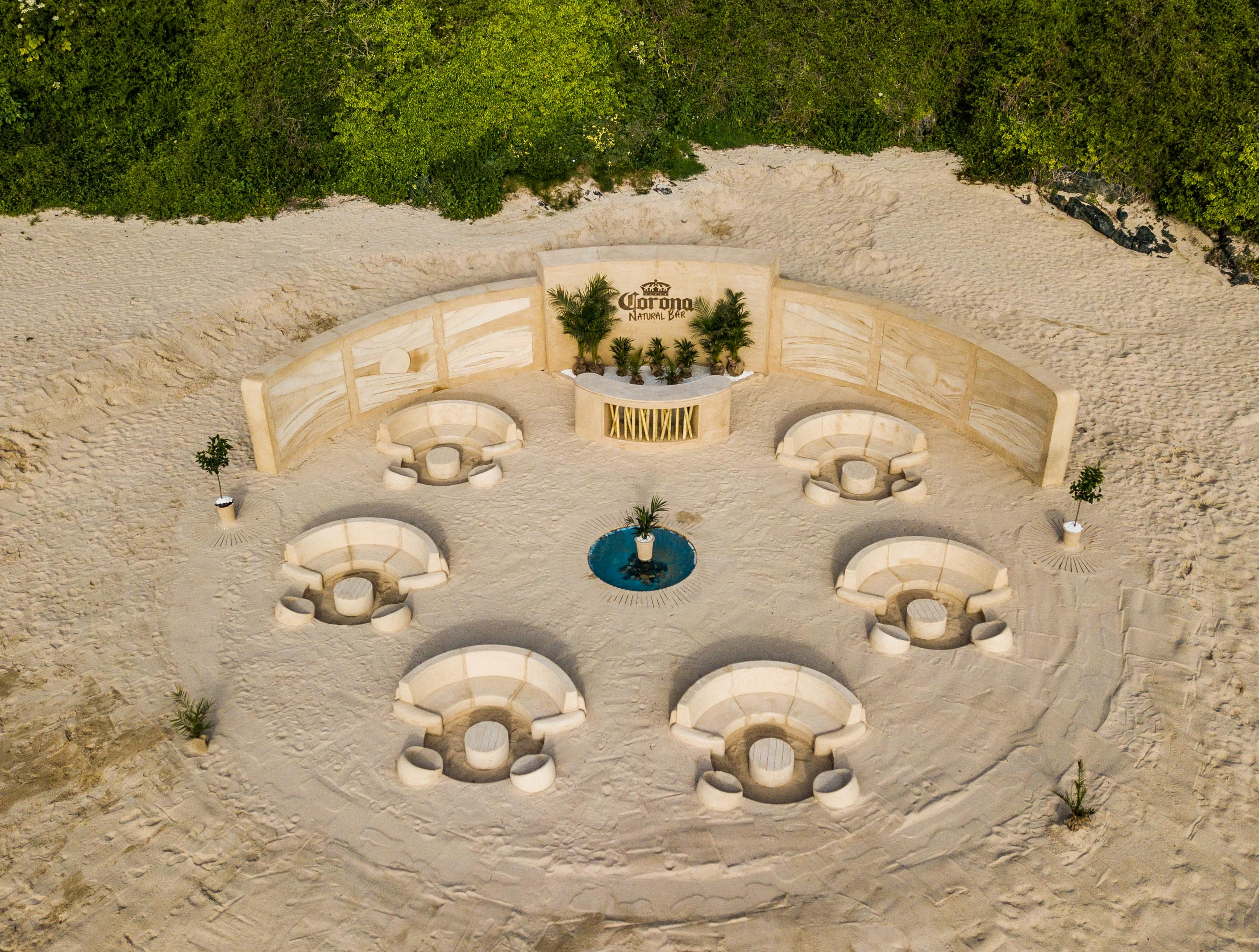 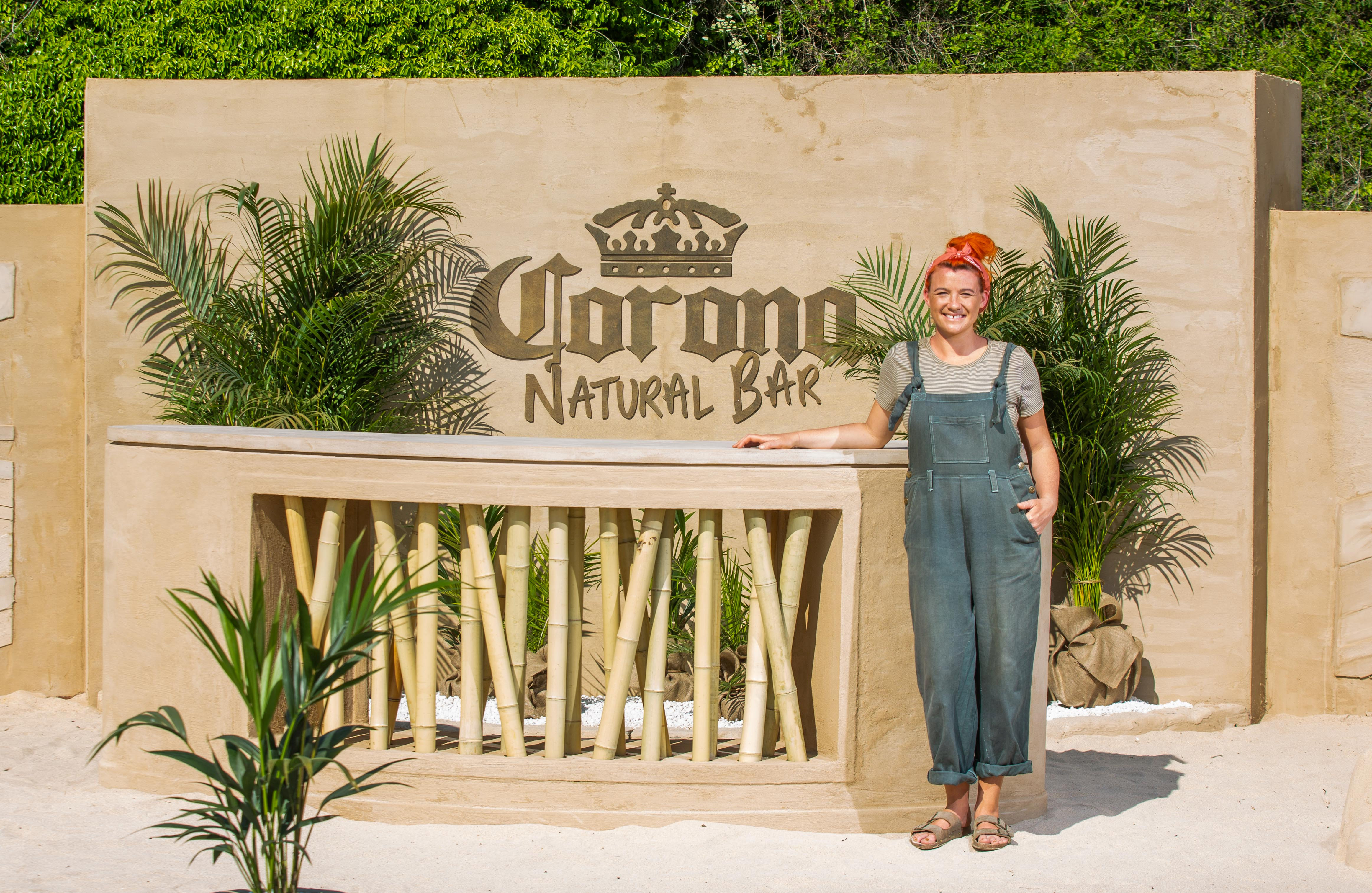 “We wanted to demonstrate that there’s a way to get back in touch with both friends and the outdoors that doesn’t compromise either – by working with our surroundings and not against them.

“The natural world is the source of everything that goes into Corona, so we want to make sure we enjoy it without leaving a trace. ”

The 100% Natural Bar is open to visitors now until 7th June, from 1pm to 9pm each day on the scenic Porthminster beach in St Ives, Cornwall.

Madeleine McCann suspect Christian B whines over being 'bullied' in jail