‘Baftas was so woke it should be renamed the Waftas!’ Public blast politically correct ceremony – where Diversity’s controversial BLM-themed dance won ‘Must-see’ gong

Viewers called out Bafta for hosting a ‘woke’ awards ceremony last night – with many suggesting they would switch off or fast-forward through the politically correct show.

Some even suggested renaming the organisation as the WAFTAs – the Woke Academy of Film and Television Arts.

The academy this year produced its most diverse list of winners in its history, honouring TV shows that dealing with race, politics and sexuality.

Several of the hotly tipped favourites including Normal People’s Paul Mescal and the Michaela Coel drama I May Destroy You picked up gongs to huge celebrations from fans. 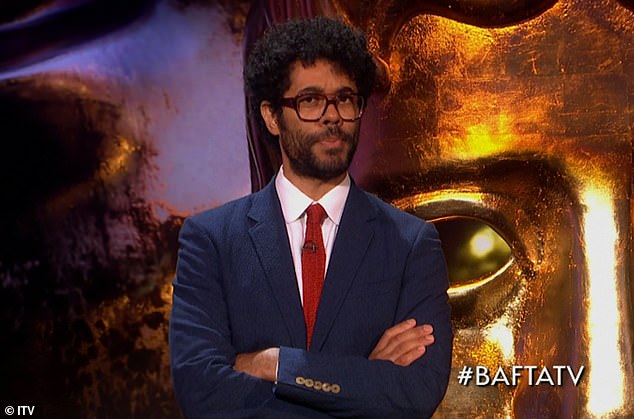 Viewers called out Bafta for hosting a ‘woke’ awards ceremony last night – with many suggesting they would switch off or fast-forward through the politically correct show. Pictured: Host Richard Ayoade

But other parts of the ceremony drew the ire of viewers with the BBC who were broadcasting and Bafta in the firing line.

Several people criticised Diversity’s win of the ‘Must-see moment’ for their controversial BLM-themed dance on Britain’s Got Talent, which sparked 24,000 complaints.

Officials were accused of pursuing a ‘woke, political agenda’ when they originally shortlisted the dance for the Virgin Media’s Must-See Moment Award.

One viewer wrote: ‘Up for a BAFTA award for being on their knees in support of BLM. Welcome to woke great britain.’ 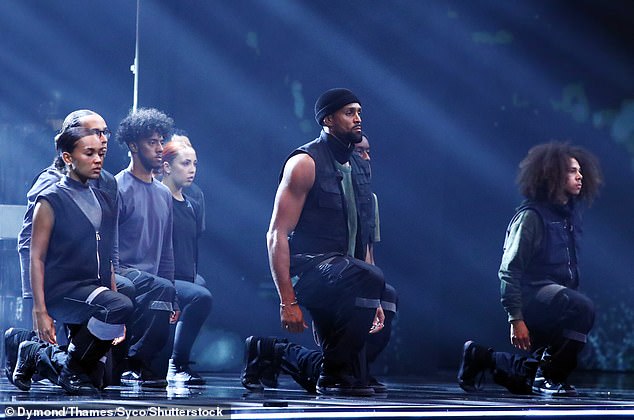 Several people criticised Diversity’s win of the ‘Must-see moment’ for their controversial BLM-themed dance on Britain’s Got Talent, which sparked 24,000 complaints 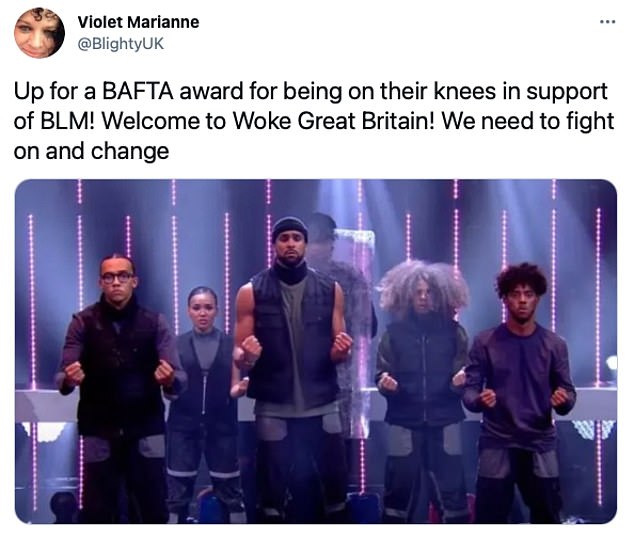 Viewers were also left cringing over the ceremony’s host Richard Ayoade’s jokes, although the comedian is believed to have been hit by some technical difficulties.

The show took place at London’s Television Centre with strict Covid-19 regulations in place, meaning a much reduced audience to react to Richard’s gags.

But delays in the communication systems meant that he was also left waiting a few seconds before receiving any laughs for his jokes, leading to a very awkward atmosphere.

One viewer tweeted: ‘This feels so… empty. i know it’s because there’s not a lot of people there but the atmosphere seems so off and awkward.’

Richard even joked about the circumstances himself, saying at one point: ‘In just two weeks, the national lockdown may be lifted, but why wait until then to have this show? I like things with no atmosphere.’

As the audience laughed and clapped, he replied: ‘Thank you, it’s good to wait three minutes to show any signs of appreciation.’

He then made a jibe about the virtual audience made up of members of the public.

He said: ‘They differ from actual members of the public in that they may well watch this all the way through.’

His attempts at humour proved unsuccessful for former TV host Piers Morgan, who had been watching from home and slammed the awards show as ‘unwatchable’.

Keith Oswin also slammed the programme, tweeting: ‘Tonight’s awards are so “woke” it’s unbelievable. You can guess the winners even if you’ve never seen the shows or the actors.’

For every coronavirus death another life is lost to cancer, warns ex-health secretary Jeremy Hunt