FIFTY rampaging teenagers trashed a family’s home after a 14-year-old girl invited her pals over for a house party.

Candice Henderson’s daughter arranged a small gathering while her mum and younger brothers were away on holiday. 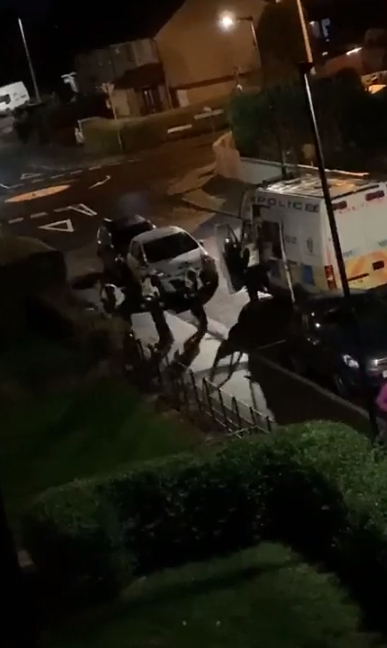 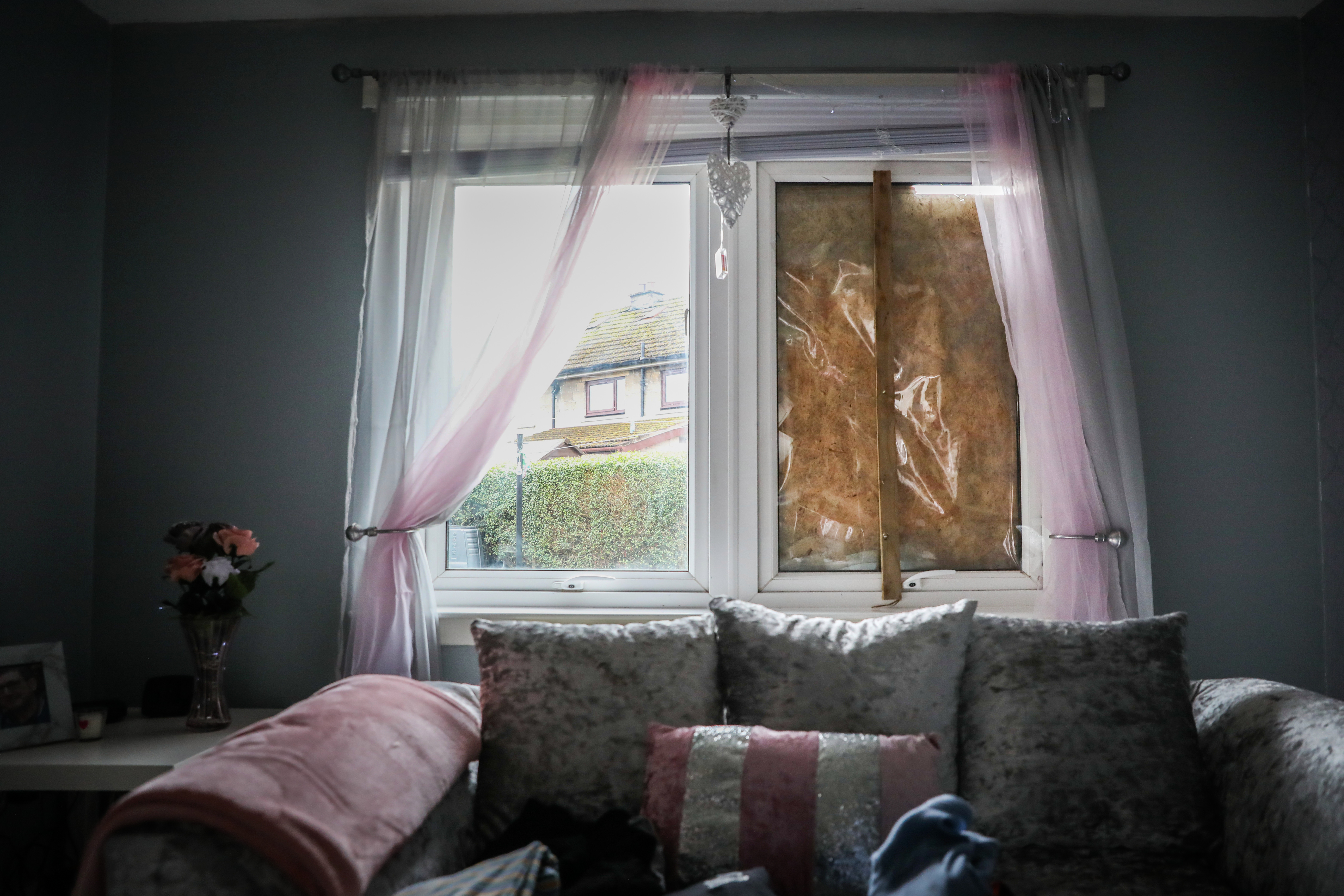 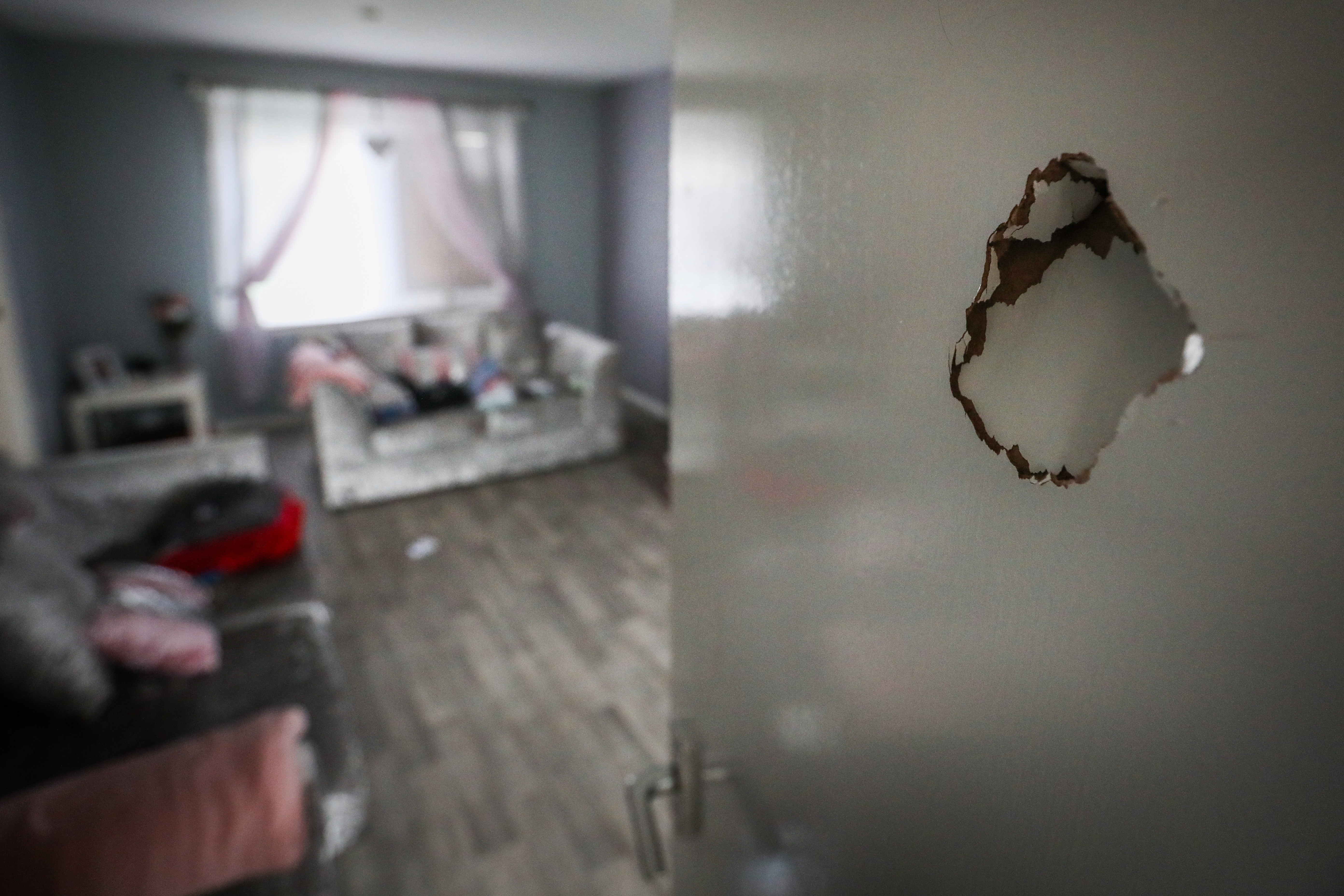 But she was shocked when a mob of FIFTY gatecrashers arrived, and left a trail of destruction in their wake.

Video shows riot police arriving at the house to deal with the uninvited guests in Dundee, Scotland.

They pulled light fittings from the ceiling, burst holes in doors, smashed windows, daubed graffiti on the walls, overturned furniture and destroyed the girl’s younger brothers’ Christmas presents and beds.

The damage was so bad that the family have had to move out of their home.

Police were eventually called and escorted the teens from the house, but the youngsters later returned to the property and wreaked more havoc inside.

The alarm was raised by mum Candice after she was contacted by worried neighbours.

“The damage caused is completely unbelievable,” she added. 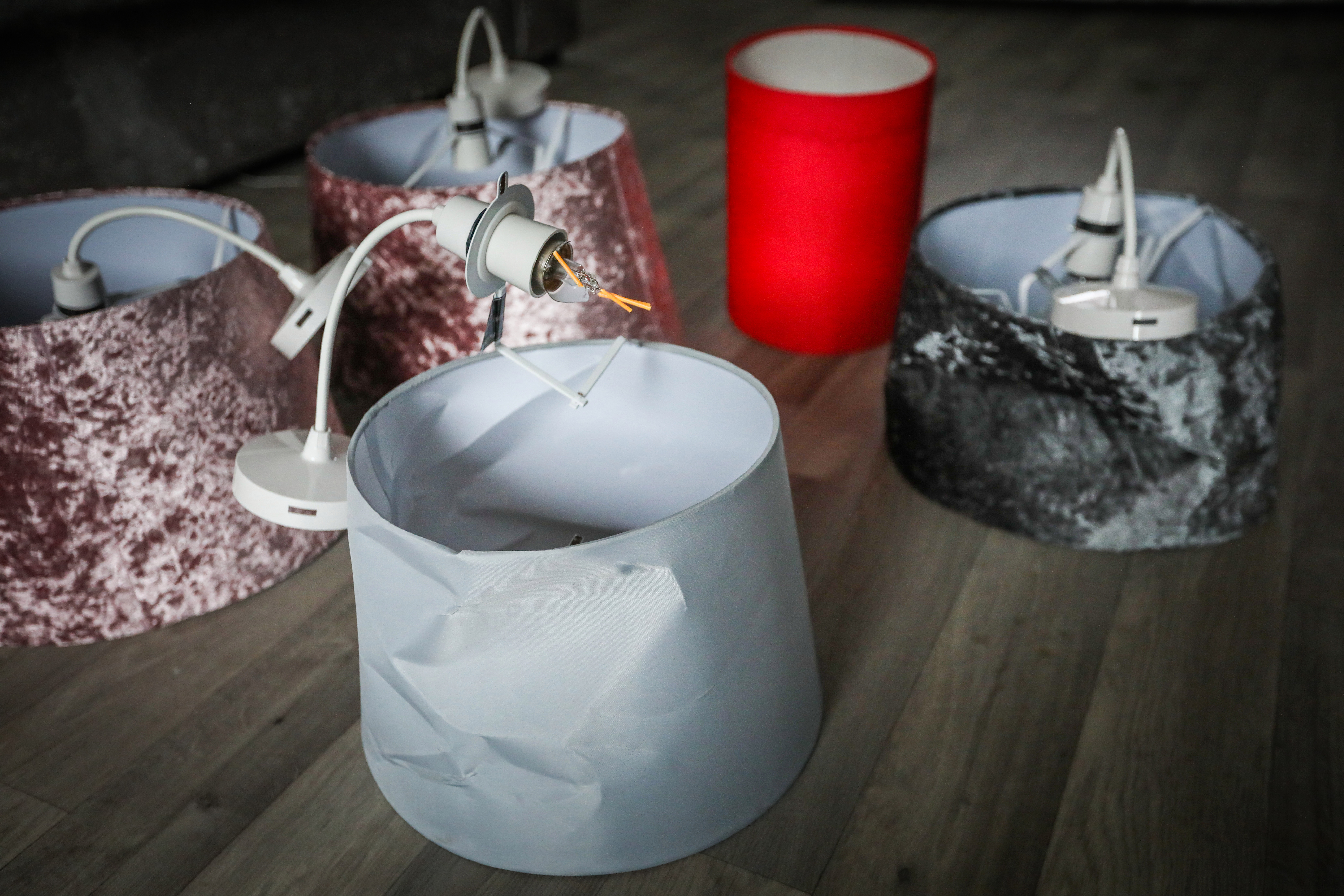 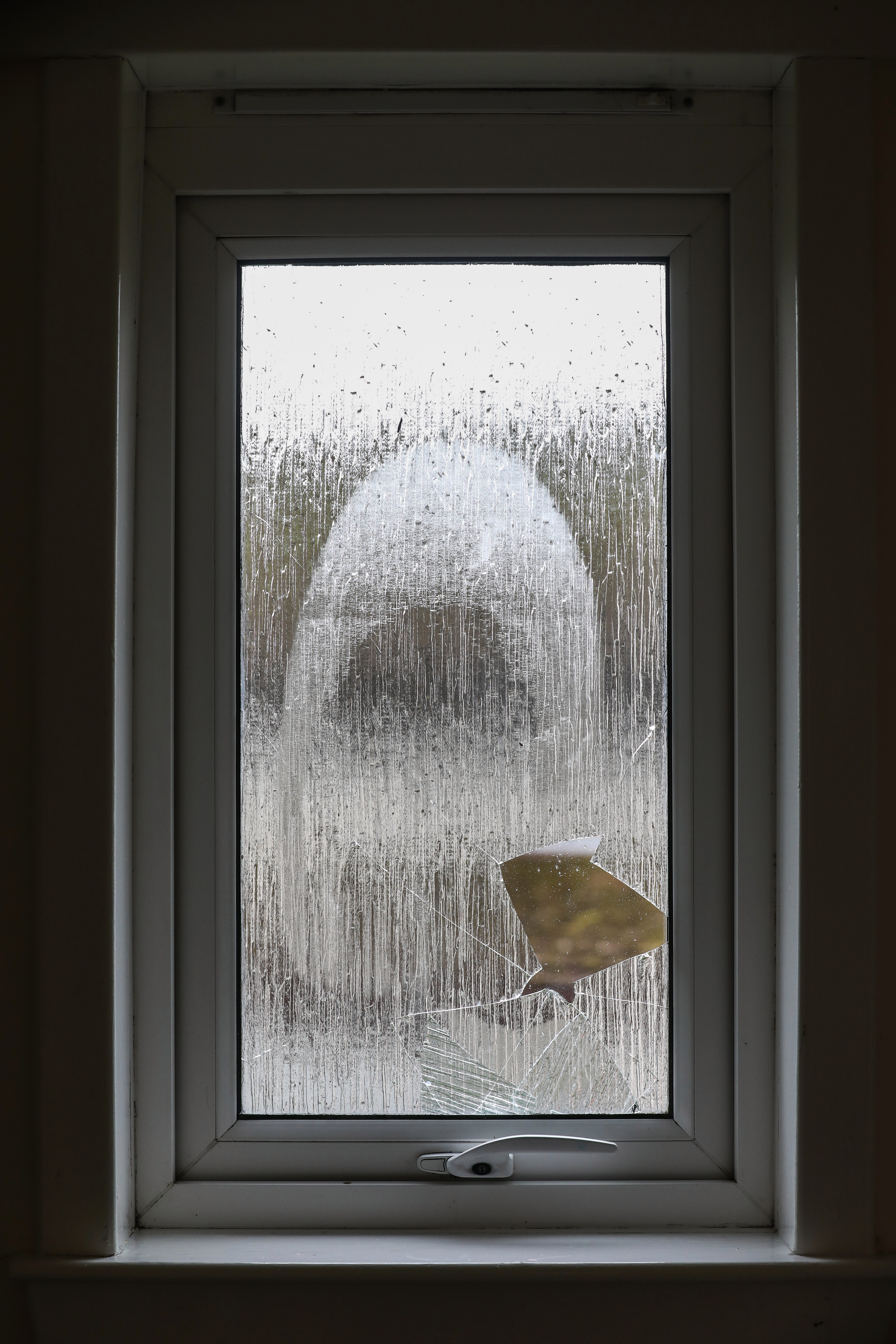 The teen’s gran Aileen said: “The damage they have caused is unbelievable.

“Holes were punched in doors, walls were written on and furniture was smashed and overturned.

“They even smashed the boys’ beds which are no longer able to be used.”

Video footage of the aftermath of the damage, which shows the wreckage left behind.

Candice and her children have now been forced to seek refuge at Aileen’s house because their fixtures and fittings have been completely destroyed.

Aileen said: “My daughter only moved into the house in November and had spent a lot of time and money doing it up.

“She had bought new furniture and everything has been destroyed. There are no beds for the boys, so they can’t stay there just now.

“The light fittings have been completely destroyed, so she can’t even put the lights on.

“She’s going to have to start from scratch and as a single mum it’s going to be very hard.

The incident sent shockwaves around the street, where some of the perpetrators are believed to live.

Aileen added: “One neighbour sent me a video and it’s absolutely disgusting what these youngsters got up to.

“We know who some of them are and we hope their parents take responsibility. One mum even offered to buy paint to cover up the writing on the wall but it goes way beyond that. The way these kids behaved was awful.”

Aileen said the family was now appealing to anyone who could replace any of the household items that were damaged.

She said: “The worst thing is that there is nowhere for the boys to sleep.

“Any help with beds would be very welcome.”

A police spokesman said: “We received a report of a disturbance at a house on Balunie Street at around 10pm on Saturday.

“Officers attended and removed the group of people within the house.

“At around 10.35pm on Saturday, we received a report of vandalism at the same address.

“Two 15-year-old boys were taken to their parents and reported to the children’s reporter.” 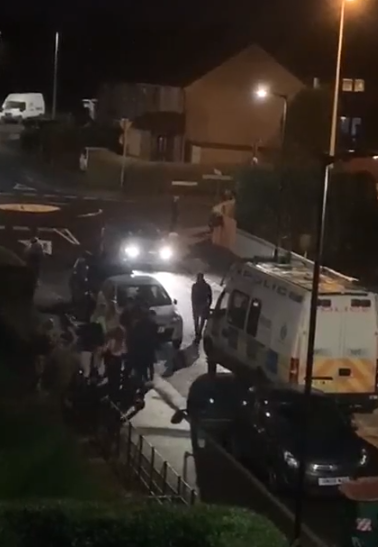 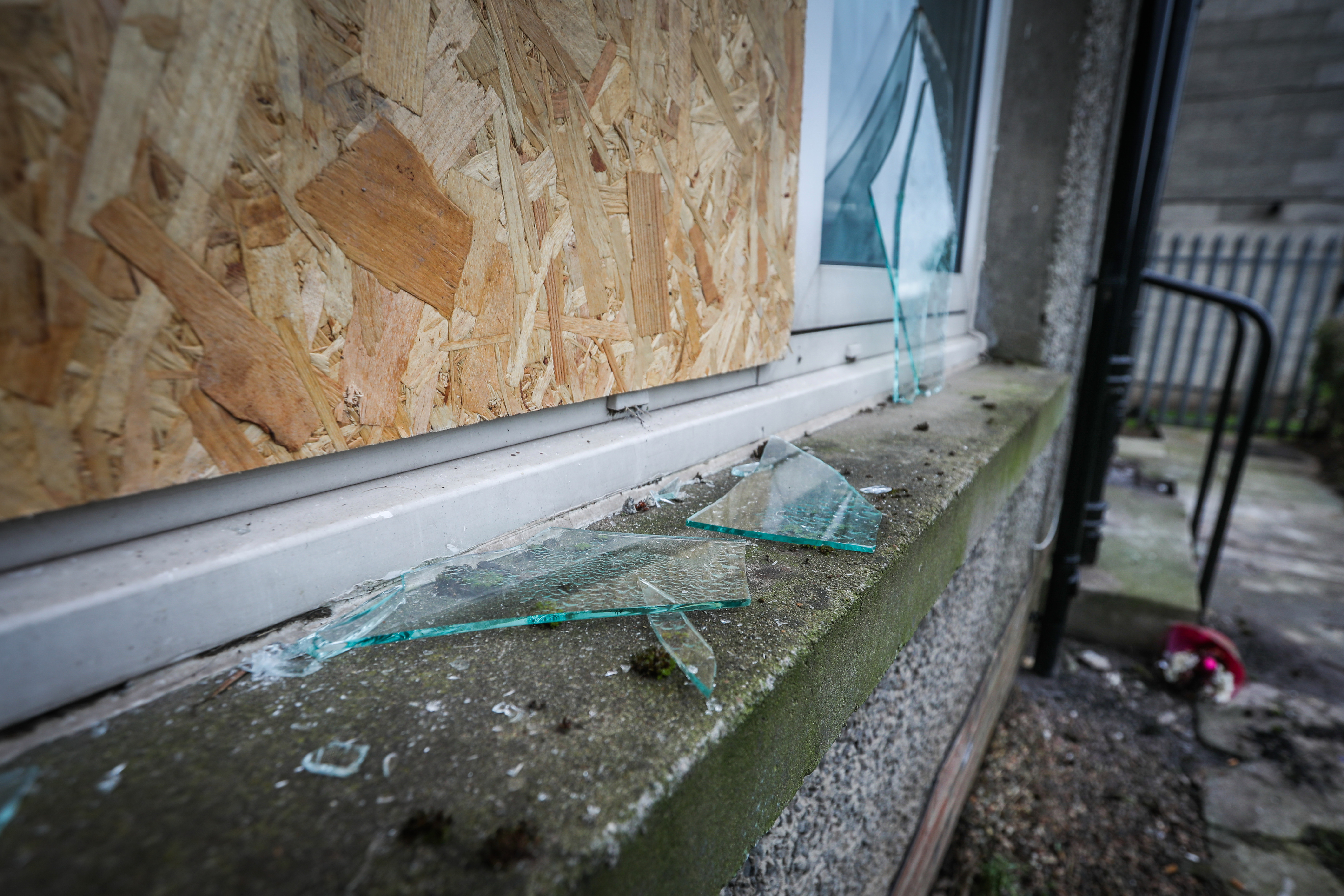 The sons also rise: Macau casino tycoon on his long bond with Packer as he swoops in for Crown stake